Dublin Bus is looking to attract more women drivers as part of a major recruitment programme. The...

Dublin Bus is looking to attract more women drivers as part of a major recruitment programme.

The 'Give It a Spin' recruitment drive was launched on Tuesday by Irish motor racing legend, Rosemary Smith.

The campaign is open to both men and women, but the company says it is placing "particular focus" on attracting prospective female drivers.

It will hold a series of female recruitment open days in August, September and October.

Dublin Bus wants to increase its number of women drivers by 100%.

Speaking about the campaign, Rosemary Smith said: "I've never allowed my gender to limit me in what I want to achieve.

"From being the only woman driver to win the Tulip Rally outright in a Hillman Imp in the 1970s to being the oldest woman to drive a Formula 1 car a few years ago when I was 79, I've always done things which many thought only men could do".

"I think it’s fantastic that Dublin Bus is looking to recruit new female drivers. I encourage every woman, whatever your age, who has ever thought about doing it to register for an open day and give it a spin."

Other benefits include access to a gym, a GP scheme and employee assistance scheme with free counselling sessions.

There is also an education support scheme for going back to third-level study. 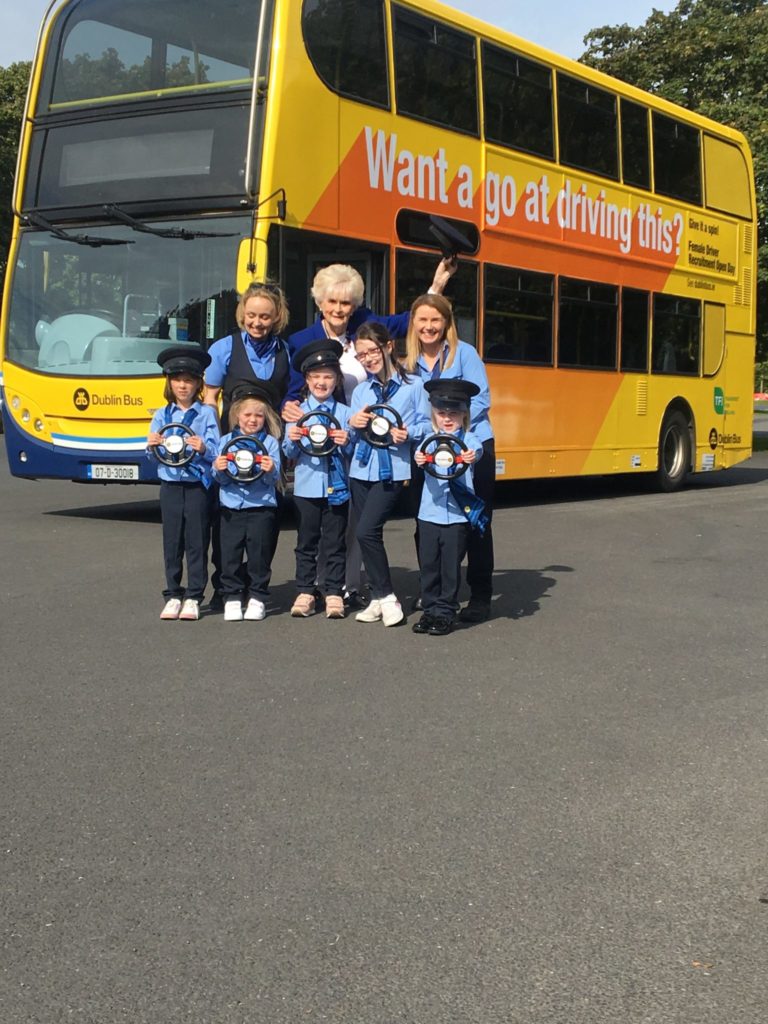 Rosemary Smith is seen at the launch of the 'Give It a Spin' recruitment drive by Dublin Bus | Image: Cathal O'Sullivan

Vivienne Kavanagh is an employee development and equality executive at Dublin Bus.

She said: "Any woman who is interested should join us at one of our Open Days and just give it a spin - try it, you might love it.

"The package is competitive, the progression opportunities are great. We’re a big family and we need more women in it".

Some 2,550 employees are drivers of which 97 are women, equating to 4% of the total number of drivers.

Main image: Rosemary Smith is seen at the launch of the 'Give It a Spin' recruitment drive by Dublin Bus | Image: Cathal O'Sullivan