A 20% fare reduction is now in place for all passengers in the Greater Dublin Area.

The reduced fares will remain until the end of the year.

Young adults can also get a 50% cut on public transport fares across the country.

Those aged 19 to 23 can avail of the discount by applying for the new Young Adult Leap Card - which will work alongside the Student Leap Card.

Fares on all subsidised services in Dublin provided by Dublin Bus, Luas, Go-Ahead Ireland and Iarnród Éireann's Commuter and DART services will see the reduction.

While the 90-minute flat fare, introduced last year, is now €2.00 for adults and 65c for children. 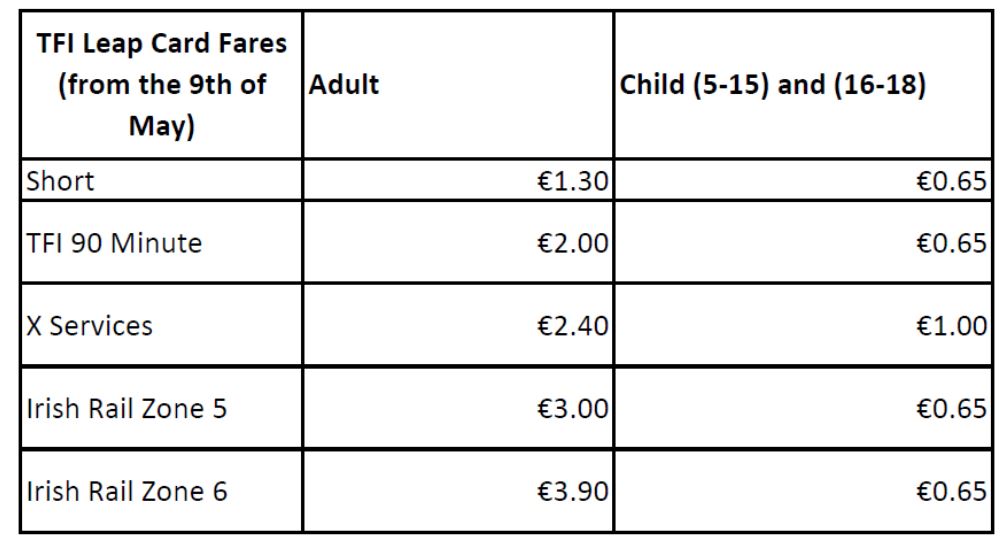 While Iarnród Éireann's online fares were reduced last month, all intercity and commuter fares across the country have now also dropped.

Fares on Bus Éireann and Local Link services were also reduced by 20% in April.

Customers will get their 20% reduction when they pay for their journey in the usual way - whether that's by Leap, cash or an online payment.

The fare reduction is being accompanied by a national radio, TV, and outdoor ad campaign.

National Transport Authority (NTA) CEO Anne Graham says: "In the first three weeks of the 20% discount being available on Bus Éireann services, passenger journeys have climbed by nearly 10% in the regional cities, with Galway and Limerick now ahead of pre-COVID levels.

"There's particularly good news for rail commuters in Cork with Mallow being brought into the commuter rail fares area for the first time.

"This means that an adult can travel from Mallow to Cork city or any other station within the Cork commuter area for just €3.90 when paying with Leap". 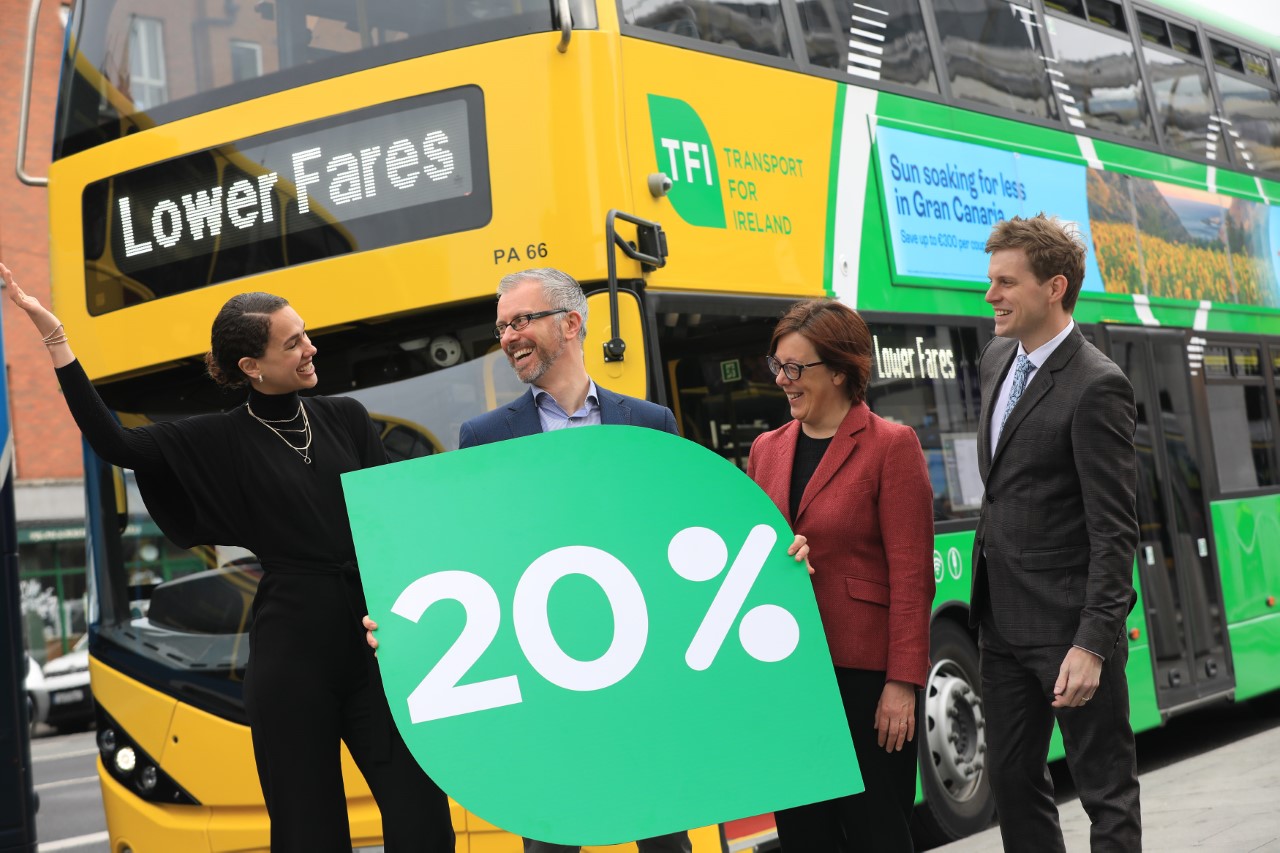 "On average over 140 million passengers are carried by Dublin bus every year and another 41 million by Luas, for example.

"Now, that we are all moving back to work or travelling around the city more after the pandemic, we want to make it even more attractive and easier for people to be able to choose public transport.

"This saving of 20% transport costs is one practical way we can do this.

"But this cost reduction is also important at this particular time.

"People are coming under more and more pressure as the price of essentials continues to increase.

"As one element of a suite of measures being introduced by the Government, this fare reduction will go some way to easing some of the financial strain that households are experiencing".

Main image: A Leap Card being held against a validator. Picture by: leapcard.ie