The €20,000 grant on offer to people living near Dublin Airport does not come close to paying for the level of noise insulation needed for night flights, according to residents.

The €320m runway was first granted planning permission in 2007 and has taken six years to build.

The original planning permission included strict restrictions on flights between the hours of 11pm and 7am; however, they have since been rolled back.

The airport will instead run a new Noise Quota system, which residents claim will allow it to run a “literally unlimited” number of night flights.

On Newstalk Breakfast this morning, Michael O’Rourke from St Margaret’s and The Ward Residents Association said the €20,000 grants offered to families for noise insulation does not cover the cost of the works.

“I’m one of the people who Dublin Airport has paid, and they’ve paid more than €20,000 to put in a certain level of insulation in my home,” he said.

“However, to bring it up to a standard where I can get below 40 decibels to get a night’s sleep, I’ve just got quotes in and the quote for me, after Dublin Airport has come in and done the work, is 24 additional thousand and I wouldn’t be entitled to that.

“€20,000, if you have to overboard a ceiling, if you have to put in noise rated doors and windows … those windows are in the thousands each so you’re not going very far even with €20,000 and by the way that’s only for the bedrooms. It’s up to you to try to figure out how to insulate the rest of the house.”

He also rejected the argument that people living near the airport were well aware of noise pollution problems when they bought their homes.

“My great grandparents were in this house. My family lived in this house before Dublin Airport was an airport and it is not that easy to turn around and say OK, let’s sell and move. The house has been seriously devalued because of the airport.” 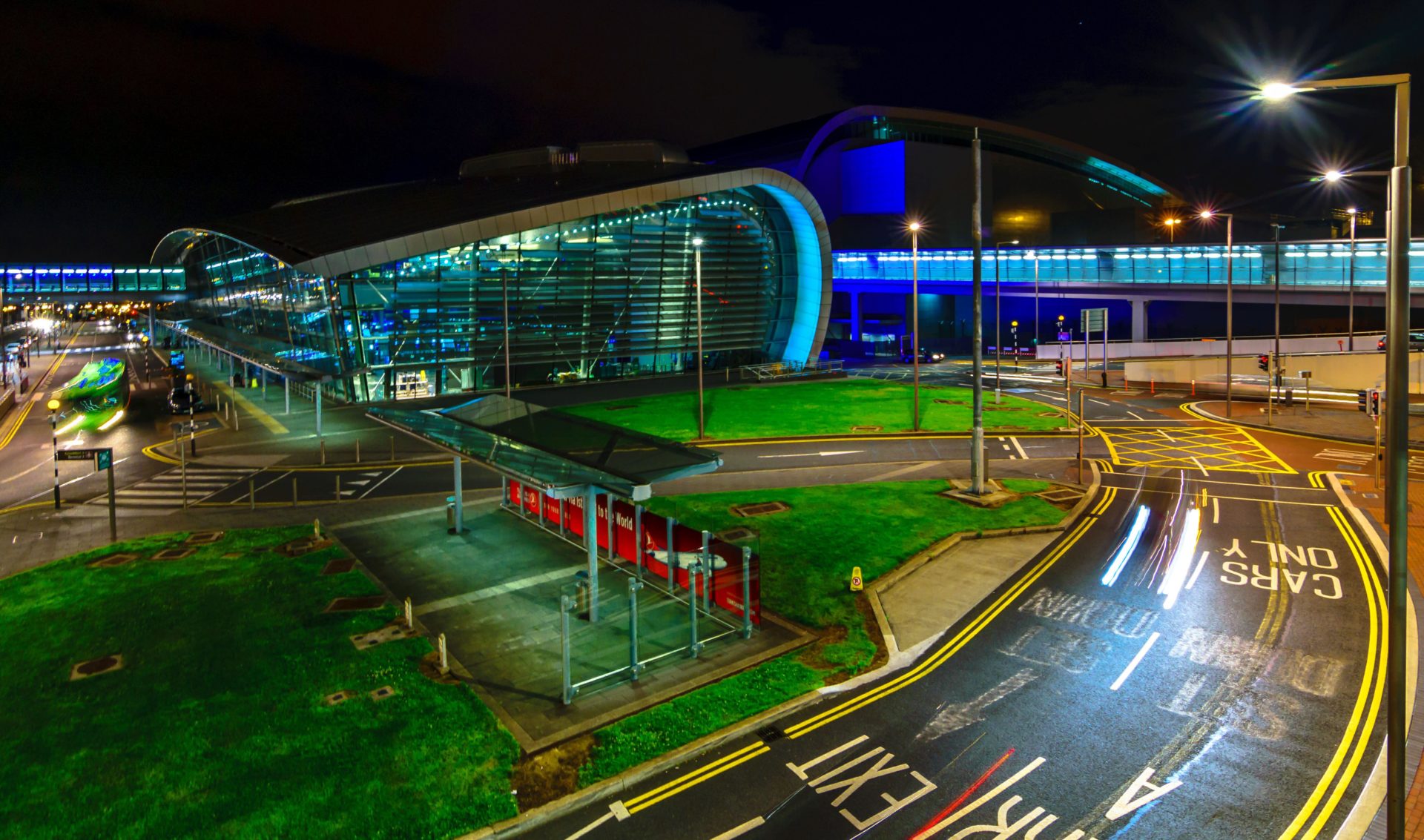 A busy street outside of Dublin airport. Image: AlbertMi / Alamy

He said it’s not clear how many Dublin Airport can run under the Noise quota system but insisted it is “far in excess of 65 because they complained that 65 flights a night would not be sufficient”.

Earlier, DAA spokesperson Graeme McQueen said the opening of the new runway is an historic day for Irish aviation.

“The inaugural flight will take place around lunchtime and then over the coming days and weeks, the operation will ramp up on the new North Runway,” he said.

“We’ll become the first airport in Ireland to have two runways running concurrently so really exciting day and we’re looking forward to the flight taking off and getting the operation up and running.”