Transport Minister Eamon Ryan "cannot guarantee" that the recent chaos at Dublin Airport will not...

Transport Minister Eamon Ryan "cannot guarantee" that the recent chaos at Dublin Airport will not be repeated.

Over a thousand passengers missed their flights as queues for security snaked out the door of the airport’s terminal buildings and the Government has told the Dublin Airport Authority they do not want to see such a phenomenon ever again:

“But what we said was you have to do everything in your power [and] the Government will do everything to support you so we don’t see those scenes again.”

Huge queues have become an occasional feature of travelling through Dublin Airport in 2022 and Senator Timmy Dooley has called for the CEO of the DAA to be sacked:

“I think the board should be gone,” he said.

“They should have fired the Chief Executive a number of weeks ago. I think they should have brought in some strategic management from some other airport.

“There was a time, when Aer Rianta operated, it was providing management to airports right around the world. We can’t manage our own airport right now.

“It’s an embarrassment to us. It’s an appalling situation to find ourselves.”

“I think there are huge questions for the board and for the chairman to answer here.

“It is shambolic in the extreme that a minister has to haul the chief executive of a semi-state company before him to try to come up with a plan for next weekend.

“If this happened in a third world country, I think questions would be asked.” 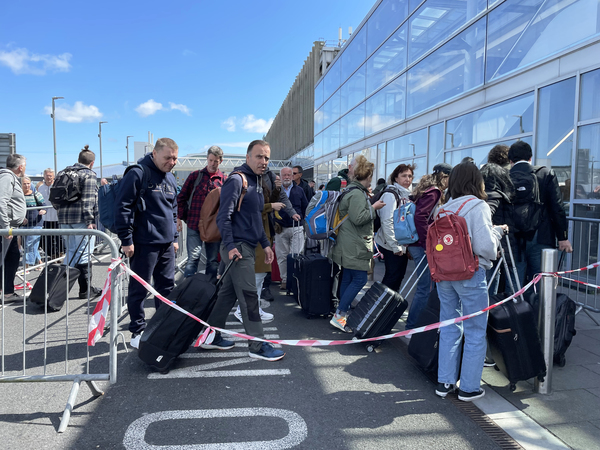 Dublin Airport Authority has apologised to all passengers affected and admitted their performance, “hasn’t been good enough and we’re looking at what’s gone wrong. We’re looking to rectify that for the days ahead.

“So hopefully we can get back to the way things have been for the last few months - since we last saw this at the end of March we’ve made significant progress.

“We’re working really hard to stay ahead of the rise in passenger numbers but today they just caught up with us.”