Dramatic increases to house prices seen during the past year are 'over', according to economist Ronan Lyons.

"Earlier in the year prices in Munster were increasing at 14% year-on-year, and indeed in Connacht they were up almost 20% year-on-year," he said.

"Both of those markets now have cooled significantly, and they're in line with the national average, with increases over the course of the year of about 6 or 7%.

"What that means is that those COVID increases that we saw, COVID-related increases, they're over in terms of dramatic increases over the course of the six, nine, 12 months in 2021 and into 2022. 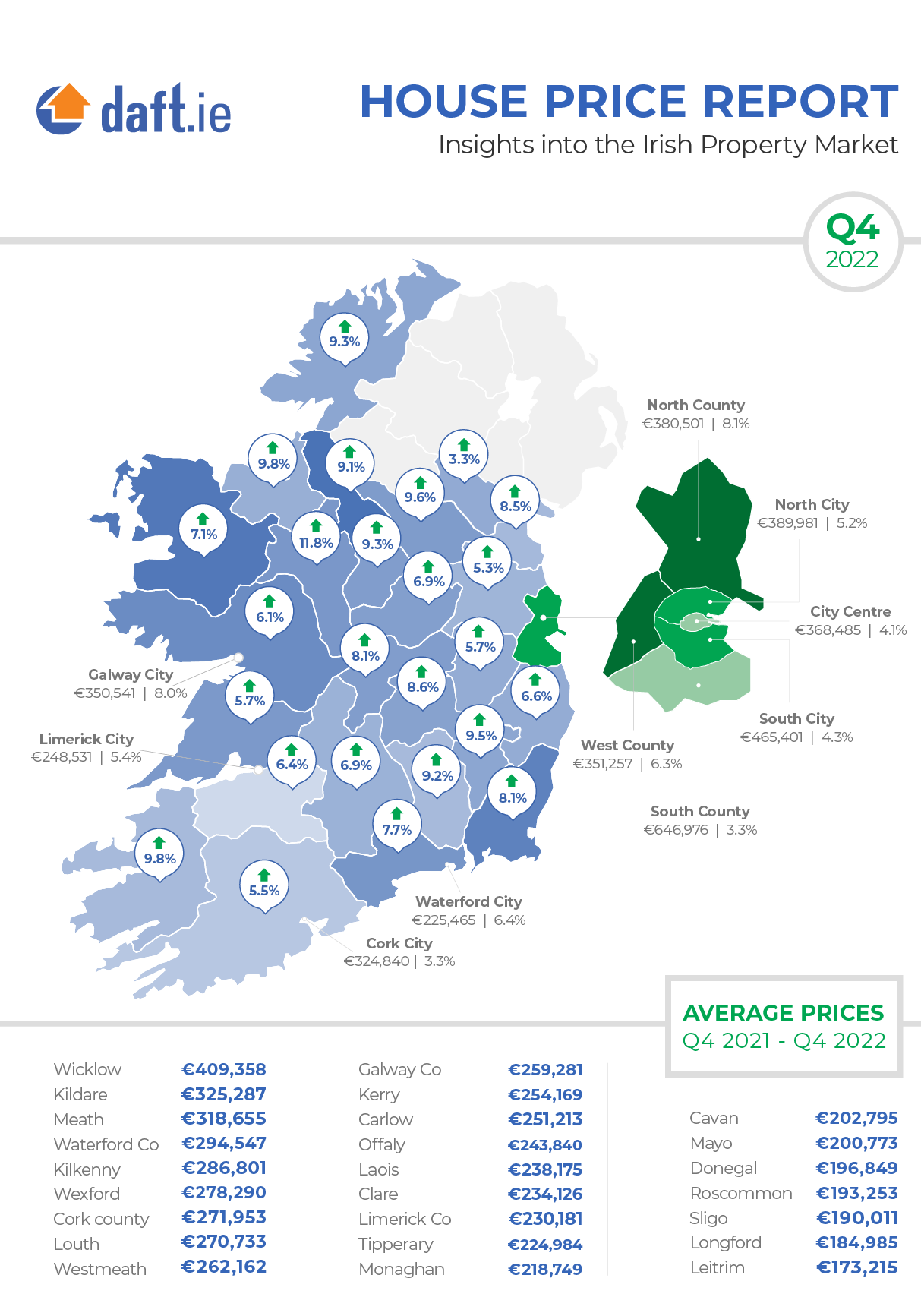 "Instead of what you might call super-charged demand, and very weak supply, supply has started to improve... and demand has weakened as interest rates have gone up.

"The macroeconomic picture has become a lot more uncertain than it was a year ago".

The average listed price nationwide in the final quarter of 2022 was €309,941, down 0.4% on the average for the third quarter of the year and 16% below the Celtic Tiger peak.

Galway city had the biggest rise at 8%, followed by Waterford city at 6.4% and Dublin at 5%.

Outside the cities, prices rose by 7.1% on average - with similar increases seen in Leinster, Munster and Connacht-Ulster.

Mr Lyons said he expects prices to ease in the coming months.

"I would think the fact that supply has improved, the fact that underlying demand is weaker would suggest that we won't see big price increases in the year ahead.

"The only thing that's pushing the other way is the relaxation of lending rules.

"That might keep things increasing, but my suspicion is that we'll see an easing in prices over the next few months," he added.