Daughter of Lisa Smith "doing very well" with her family

A solicitor for Lisa Smith says she is committed to providing an explanation for her actions.

The 38-year-old Dundalk woman is said to be fully cooperating with Gardaí, after she was arrested at Dublin Airport on Sunday.

She arrived back in the country on-board a Turkish Airlines flight after leaving more than three years ago.

The 38-year-old spent some time at the Ain Issa displacement camp in north-east Syria, before she was taken into Turkish custody.

Gardaí are continuing to question her over her association with the so-called Islamic State, after her period of detention was extended for 24 hours.

Solicitor Daragh Mackin says Ms Smith is aware of the public's perception of her.

"There has been elements of the various media footage put to her, so she is aware of the public disquiet and that's a huge motivating factor for why she remains committed to giving her story, to give her account, to try and provide context to the various assertions that are made".

He says Ms Smith should be given the opportunity to offer an explanation for any available evidence. 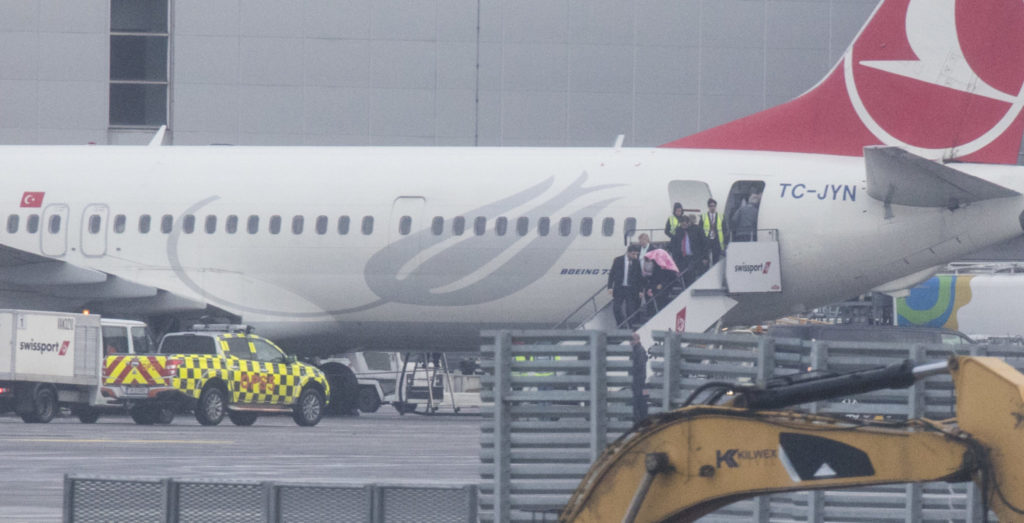 A Turkish Airlines plane carrying Lisa Smith lands at Dublin Airport - she is seen with a pink blanket over her head | Image: Eamonn Farrell/RollingNews.ie

"At this stage what the next 24 hours holds is largely unknown.

"If the next 24 hours continues as the same way in the previous 24 hours we would say there is no basis for making an application to extend Lisa's detention - and that this investigation should be brought to a close".

"The reality is at this stage there is an absence of evidence that has been put.

And he says her two-year-old daughter, who returned home with her, is doing well.

"Rakeya is now safely at home with Lisa's extended family, and is doing very well.

"And as one can imagine, given the backdrop of where Rakeya has come from, it is a much more friendlier environment and therefore is to be welcomed that the innocent child is back in the safe care of her extended family".