A proposal to build a cycle lane through Deansgrange cemetery in Dublin have caused one bereaved family “untold sleepless nights”.

A proposal to build a cycle lane through Deansgrange cemetery in Dublin have caused one bereaved family “untold sleepless nights”.

Aoife’s daughter, Emily, passed away 12 years ago shortly after she was born and afterwards the family faced the difficult task of deciding where to bury her.

They chose Deansgrange because there was a very “peaceful” plot available - a peace that they now fear will be forever lost.

“Emily’s grave is actually against the granite wall that they’re talking about lowering and they’re proposing the lowering of that wall to below the height of the headstone,” Aoife explained to Lunchtime Live.

“Emily’s actually buried right up against the foundation of that wall because her coffin is under the headstone because she was a baby - so for me that’s absolutely devastating and traumatic.

“It’s causing untold sleepless nights in our house at the moment.

“There’s lovely hanging baskets with flowers coming down onto the wall and the flowers would hang over Emily’s grave and it just gave me this sense of tranquillity and peacefulness.

“It’s somewhere where I spend a lot of time, my husband spends a lot of time there. We go there a couple of times a week, if not some weeks every day still.

“The thought now that I could be sitting down with Emily, talking away and the wall would be so low that I’m looking straight onto Deansgrange Road and everybody passing by.

“It just takes away the sense of privacy for me in my grief.” 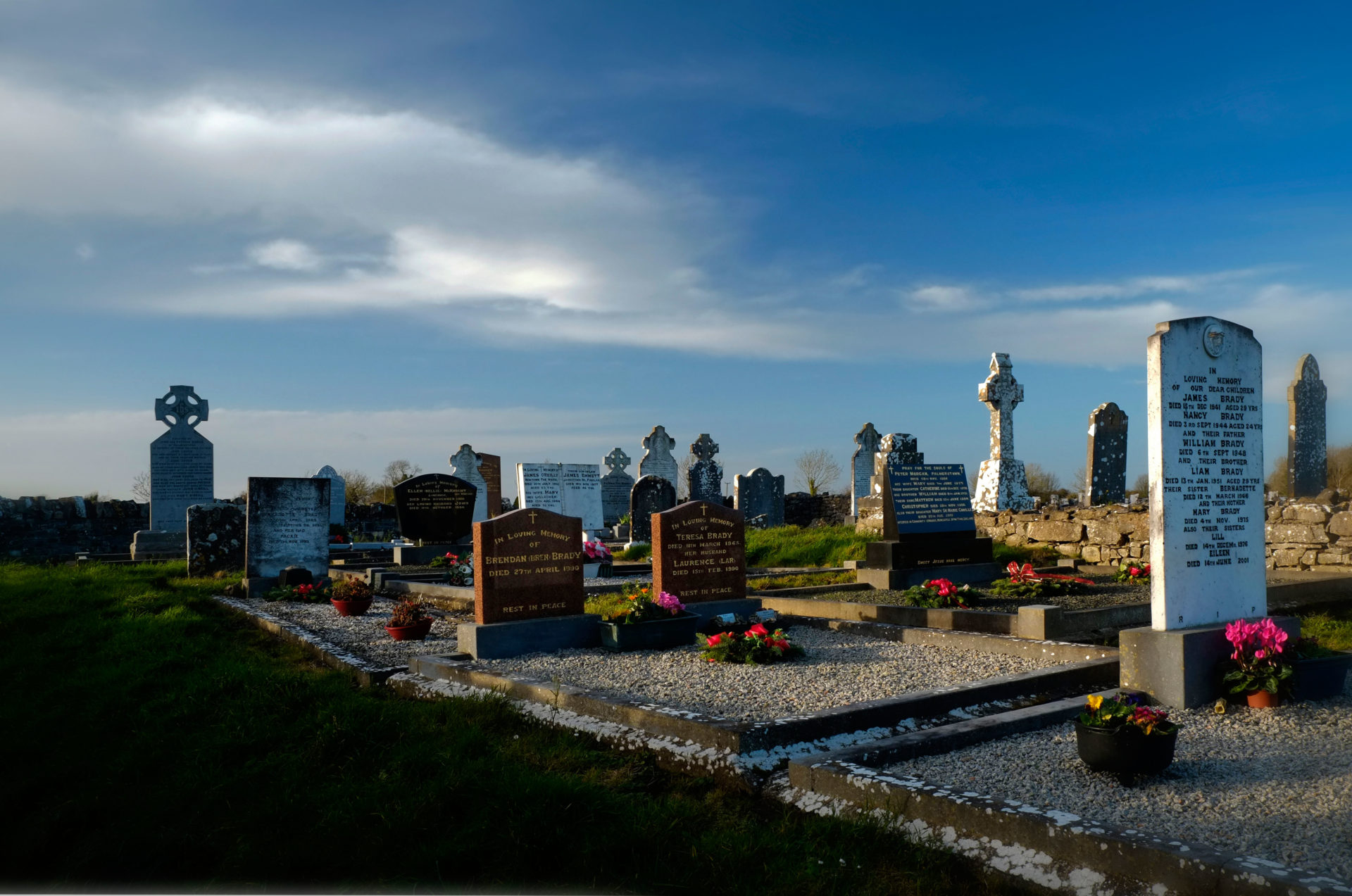 Philip’s wife Kate passed away in 2020 and the funeral was held at a time when numbers were heavily restricted.

He visits her grave regularly and is worried that a cycle lane will increase the amount of  antisocial behaviour in the graveyard.

“I don’t think it takes the gift of prophecy to predict that opening up such a huge area 24 hours a day will lead to drinking, parties, drug taking and crime,” he said.

“[There will be] damage to headstones and people will be attacked.”

He noted that a memorial wall with the names of all those who had died in the War of Independence had been damaged in Glasnevin and queried whether something like that could happen in Deansgrange.

“I would fear that people who had different political beliefs to somebody who was buried there might end up damaging their headstone.”

Irish people are 'getting better' at talking about baby loss