An Irish cinema chain has announced a plan to try and combat any coronavirus transmission. Omnipl...

An Irish cinema chain has announced a plan to try and combat any coronavirus transmission.

Omniplex has announced it will implement 'in-cinema seat separation' as part of their measures.

It says this to encourage "effective social distancing" in cinemas.

Other measures include self-scanning of tickets, increased cleaning regimes and hand sanitising stations in every foyer. 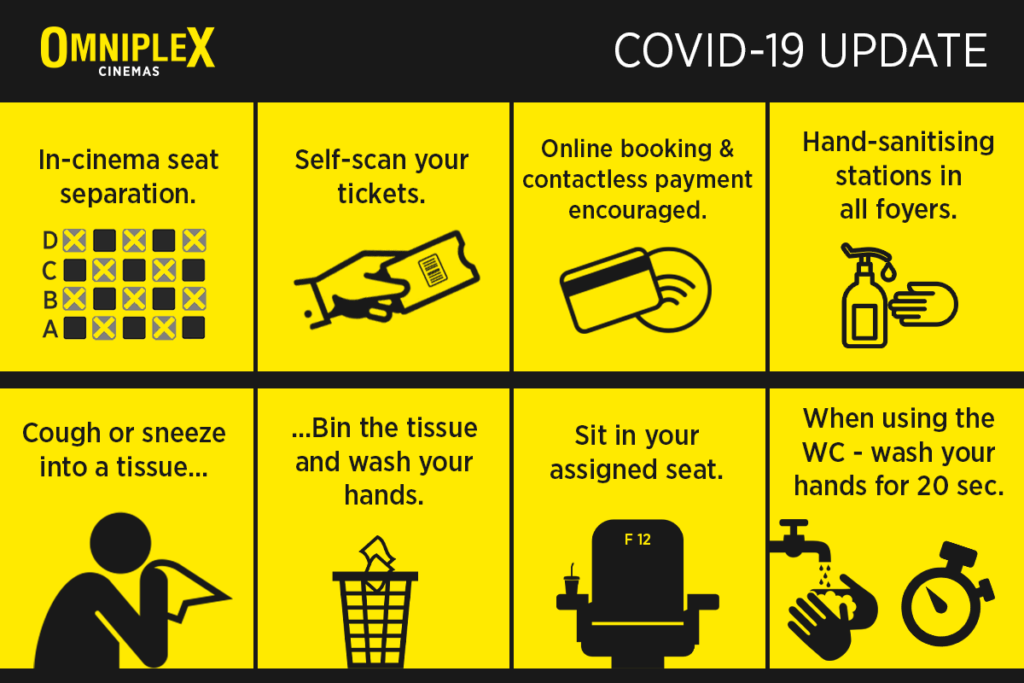 Mark Anderson is the director of Omniplex Cinema: "In-cinema seat separation will give one metre separation between each guest, as recommended by the World Health Organisation (WHO) for social distancing.

"By reducing our capacity by 50% we hope to give cinemagoers peace of mind when attending the movies."

"Certainly from Friday of this week, for the new films that are being released, is when we want to have this fully 100% operational by".

While those who want to sit together can still do so, he says, "we're only encouraging social distancing by implementing this method".

"We are reducing our capacity by 50%, but we want people to still go to the cinema in a safe environment".

Omniplex is the largest cinema chain on the island of Ireland, with over 245 screens in 32 locations.