New figures on internet usage show that 76% of Irish users are reading or downloading online news.

Data from the Central Statistics Office (CSO) for March shows this is an increase of two percentage points on the corresponding figure for January.

Analysis by age group reveals the biggest increase during the COVID-19 pandemic was for persons aged 16 to 44 years (90%), an increase of eight percentage points.

Almost seven in every 10 (69%) internet users aged 45 to 59 used the internet for this purpose, an increase of three percentage points.

More men than women read or downloaded online news (82% versus 71%). 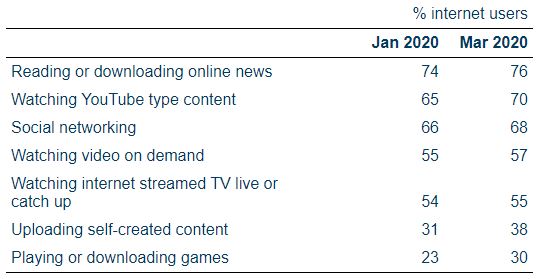 Increase in the use of social networking was greatest for people aged 16 to 44 years: 87% in March, compared to 79% in January.

Nearly two-thirds (64%) of internet users aged 45 to 59 used this channel of communication, compared with 62% in January.

Uploading self-created content, such as photos, music or videos, increased by seven percentage points to 38% - while 70% of internet users watched YouTube-type content in March, an increase of five percentage points.

Analysis by gender shows that increase was greatest for men, with 77% of them watching YouTube type content, an increase of six percentage points on January.

And just over half (57%) of people using the internet watched video on demand  - such as Netflix, Disney+ or Amazon Prime - in March, compared to 55% in January.

Watching internet streamed TV live or catch-up from TV broadcasters was up one percentage point to 55% in March, compared to 54% in January. 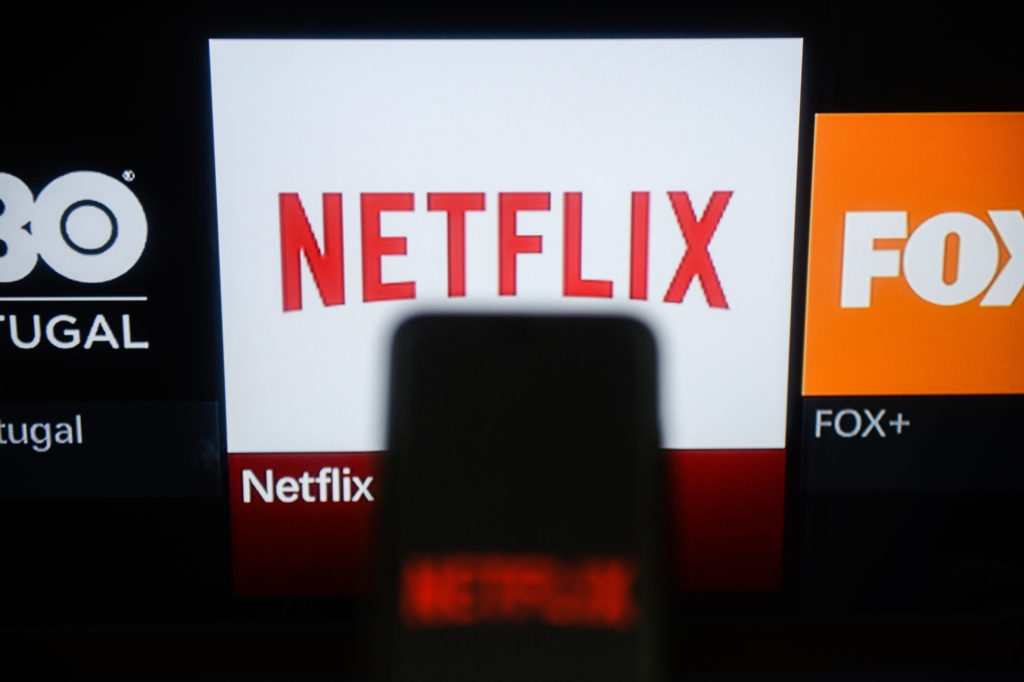 There was also an increase in people watching on demand and catch-up streaming services. Picture by: SOPA Images/SIPA USA/PA Images

In March, there was a 15 percentage point increase in internet users aged 60 years and over who were watching internet streamed TV live or catch-up - 46% compared to 29% in January.

While 37% of that age group were watching video on demand in March compared to 29% in January.

In contrast, there was a slight decrease in March in the percentage of people in this age group who watched YouTube type content - 44% compared to 46%.

Playing or downloading games was reported by 30% of users in March, an increase of seven percentage points.

Statistician Maureen Delamere said: "Irish life has changed following the introduction in March of the measures to address the COVID-19 pandemic.

"People were at home a lot more, with schools and many workplaces closed. This had an effect of people’s use of the internet during this time."

It follows a global study from the Reuters Institute for the Study of Journalism, which found that Irish people are turning increasingly to digital news media for information.

Disney Plus to launch in Ireland tomorrow