Coveney hopeful of Stormont breakthrough "in the next few days"

The Tánaiste Simon Coveney is in Belfast to head up Government efforts to restore power-sharing ...

Coveney hopeful of Stormont breakthrough "in the next few days"

The Tánaiste Simon Coveney is in Belfast to head up Government efforts to restore power-sharing in Northern Ireland.

He is co-chairing all party talks at Stormont alongside the British Secretary of State for Northern Ireland, Julian Smith.

Discussions took place today aimed at restoring devolved government, ahead of a deadline in less than two weeks.

Sinn Féin said they believed a deal could be achieved in the short term, while the DUP has insisted they want the institutions back up-and-running as soon as possible.

Both the Irish and British Governments have said a potential deal is close.

The two sides have set a deadline of January 13th to form a new executive, or else fresh election will be called there.

Quiet road, on way back to #Belfast early morning for talks to get #Stormont working again. 2020 can be a new beginning for politics in NI with leadership & generosity from all sides - we’ve got less than 2 weeks - let’s not disappoint again! NEW YEAR, NEW BEGINNING! pic.twitter.com/FlYzoJ6X1W

Problems with the scheme - introduced under the watch of DUP leader Arlene Foster while she was enterprise minister - meant that subsidies exceeded the cost price of the fuel, effectively encouraging users to burn extra fuel in order to claim money.

The region marked a milestone of 1,000 days without a working devolved government in October. 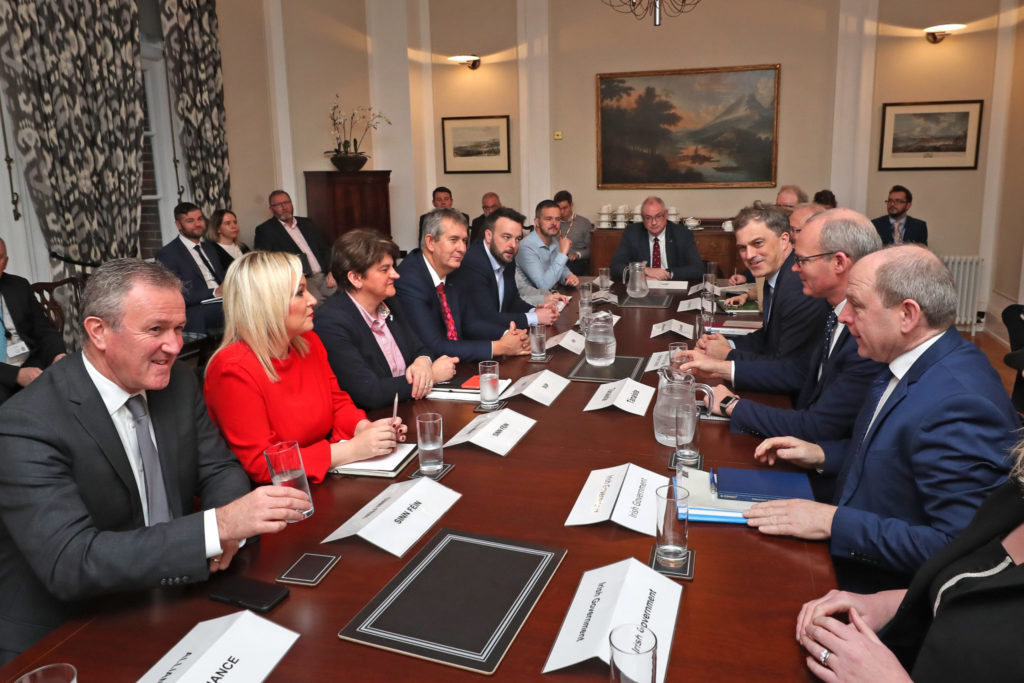 The DUP was blamed after efforts to reach a deal were delayed again last month.

As a result of no sitting executive, London has introduced legislation to bring Northern Ireland in line with the rest of the UK around the issues of same-sex marriage and abortion services.

Mr Coveney says he is hopeful of a breakthrough in the next few days.

"Northern Ireland has not had government for three years now; we've been working on this for many months.

The DUP today insisted it wants a deal on the restoration of a devolved government in the North as soon as possible.

The party's Westminster leader Jeffrey Donaldson said "talking about going to the wire" is never a sensible way to negotiate, and that they want a deal done as quickly as possible.

However, he added: "We also want to ensure that the agreement is fair and balanced... that it is sustainable... that the political institutions that are restored are sustainable... [and] that we have a lengthy period of political stability."