Could condoms be replaced as men’s contraception of choice by a new gel being tested at St Mary...

Could condoms be replaced as men’s contraception of choice by a new gel being tested at St Mary's Hospital in Manchester?

Trials so far have found that the gel is effective and Dr Cheryl Fitzgearld, a subspecialist in reproductive medicine, says participants have found it very easy to use:

“Lots of drugs now are administered transdermally - through the skin,” Dr Fitzgearld explained to Moncreiff.

“So where you put it on your body isn’t actually that important. With this trial the men are administering the gel by putting it onto their shoulders because you can get to your shoulders easily [and] they’re not that hairy [so] shouldn’t really interrupt with absorption of the gel.”

The gel slowly reduces the amount of sperm a man produces until the risk of conception is very low:

“Its action is very similar to the contraceptive pill for women really,” Dr Fitzgearld continued.

“So what the pill does in women [is] it switches a little gland in the brain - which is called your pituitary gland - it switches that off and stops the drive to ovarian function.

“And this gel is exactly the same in men.

“So it’s got two components; it’s got something called a progestogen - which essentially switches off the drive to prevent the testes working properly.

“So the gel also contains testosterone to replace that.

“So what happens then over the course of a few weeks if you suppress that drive to the testes, they just stop producing sperm, so it then acts as a contraceptive.” 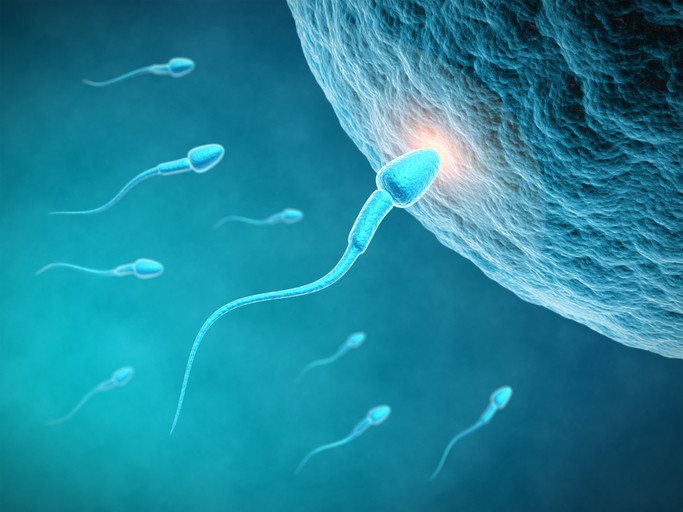 It takes between six and eight weeks before it is safe to use as a man’s sole form of contraception and a similar length of time before it stops working and full fertility it restored:

“It’s a little bit like how long it takes them to stop producing sperm,” Dr Fitzgearld continued.

“Again, sort of six to eight weeks after they stop using it the testicular function recovers and certainly in the trial there have been couples who at the end of the trial have stopped using the gel and decided that they do want to have children and there have been pregnancies.”

Some women who take the contraceptive pill find that it leads to headaches, bloatedness or mood swings. However, Dr Fitzgearld said that so far the men in the trial have experienced relatively few side effects:

“So we’re obviously monitoring these men very carefully for side effects. We’re asking them to complete diaries about any side effects they may notice and it seems to be extremely well tolerated so far - which is good.”

Free contraception must be available to all women - Women's Council

Students warned that 'smart drug' can interfere with contraception