A rise in coronavirus cases among younger children is not necessarily linked to the reopening of ...

A rise in coronavirus cases among younger children is not necessarily linked to the reopening of schools, according to NPHET.

At a briefing last night, the chair of the NPHET epidemiological modelling advisory group, Professor Philip Nolan said cases among children have risen by between 40% to 60% since February 1st.

He was speaking after three new virus-related deaths and 606 further cases were announced.

Health officials suggested an increase in people meeting up and going to work was behind the plateau in case numbers – and warned that it will be a “challenge” to get daily figures below 500.

Professor Nolan said it would not be fair to link the increased cases among younger children with the return to school – noting that there has been six times more testing of children since reopening. 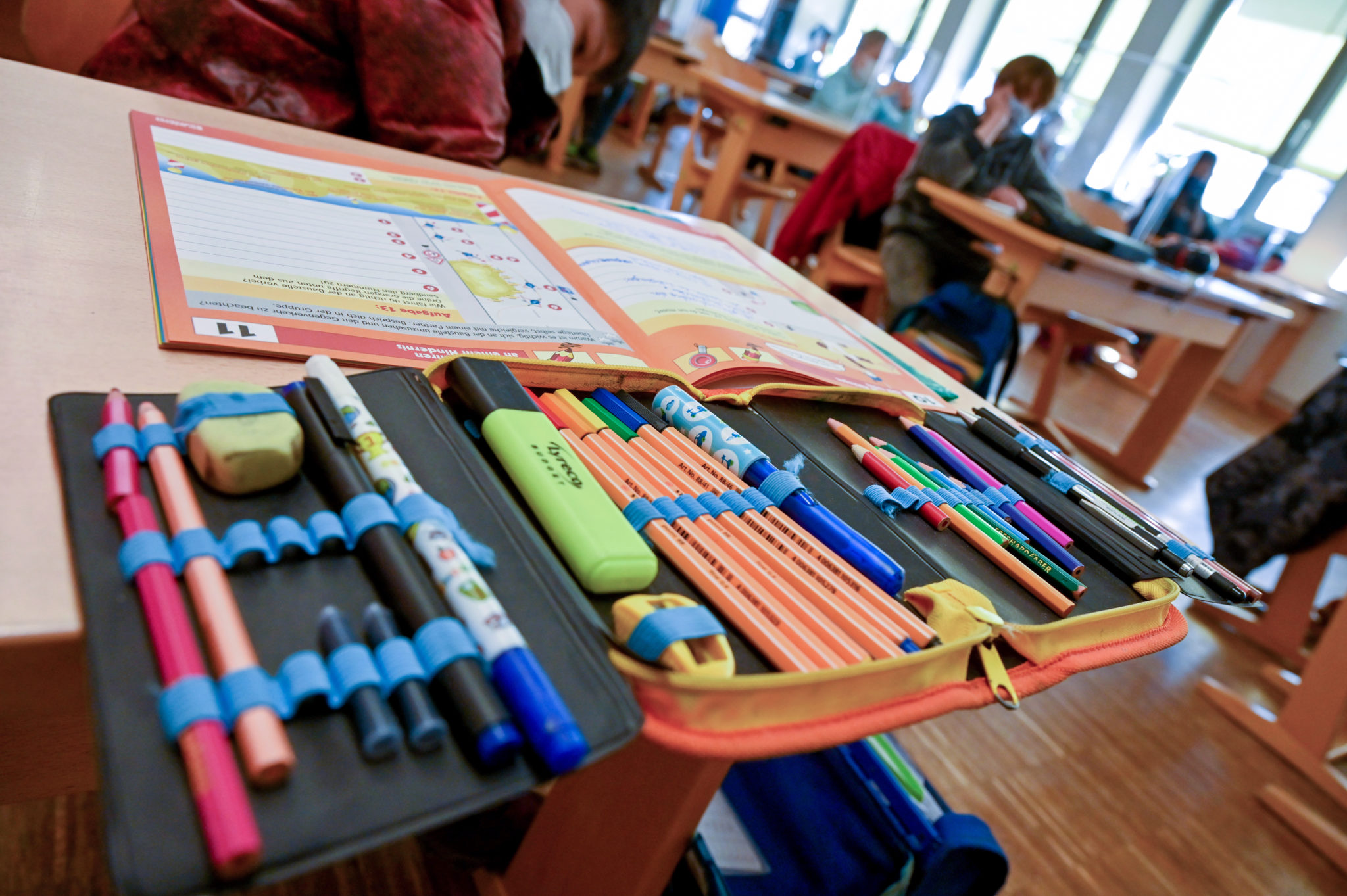 Children sit at their desks in an elementary school classroom, 22-02-2021. Image: Peter Kneffel/dpa

The professor said the increase is related to a “much more complex set of interactions” between the type of socialising children are doing and the level of testing being carried out.

“We will be watching very closely what actually happens those cases counts and those referral rates over the next couple of weeks as schools fully return,” he said.

Meanwhile, the Deputy Chief Medical Officer Dr Ronan Glynn warned that the number of people visiting other households has doubled between March and January.

He agreed with the Tánaiste Leo Varadkar in his warning that it will now be very hard to get daily figures below 500 because of the UK variant.

“I think, given the transmissibility of the virus, it will be a challenge, a very significant challenge, to get it lower,” he said.

“It is a difficult thing to keep a disease like this at any number without it rising so the challenge is not alone to get it down but the challenge equally is to keep it at 500 or 600 cases a day.”

He said the plateau is linked to a small rise in people socialising in recent weeks.

“It is just small slippages like that,” he said. “It is the slow return to work.

Offaly has by far the highest incidence at 450.2 – with six counties dealing with incidences higher than 200.