The HSE has said there are no confirmed cases of the coronavirus in Ireland so far. In a special ...

The HSE has said there are no confirmed cases of the coronavirus in Ireland so far.

In a special briefing this afternoon, the health service said the country is "very well prepared" to deal with any cases that arise here.

170 people have died from the virus in China so far, and the virus has spread to 15 other countries.

The Government has said it is working on an evacuation plan with EU partners for a number of Irish people who have indicated they want to leave China.

They could be flown out of the region as early as tomorrow.

In the briefing today, HSE Director of Public Health Dr John Cuddihy said a number of people have contacted the service with concerns about the virus.

“The inquiries [...] mightn’t all even be about cases, they could be just looking for more information about this virus and asking questions around the preparedness or some of the supplies,” he said.

“So there are several inquiries but we have no confirmed cases in Ireland.”

In Europe, France, Germany and Finland have all confirmed cases of the virus.

Dr Cillian de Gascun from UCD's National Virus Reference Laboratory says the risk to Ireland is low - but thinks it's likely there will be a case.

“There will be more cases in Europe; I think that accepted – and we are sort of a global community now, so we would expect it is more likely than not that there will be a case here eventually,” he said.

The World Health Organisation will this evening decide whether to declare the outbreak a global health emergency.

Earlier, the Tánaiste Simon Coveney the Government will work with European partners to get any Irish citizens that want to leave China home.

"The reason why France has been mentioned is that France happens to be sending a plane into the city to take out French citizens - the UK may be doing the same for British citizens.

"There aren't commercial flights flying in and out - so this involves essentially a special arrangement where EU countries may be sending specific flights to bring EU citizens out.

"And that's being coordinated at an EU level.

"We've spoken to our French colleagues and we are hopeful and confident that we can secure a seat on planes that would take Irish citizens that want to leave out.

"Then of course when they arrive back in Europe, they will have to go through the appropriate health measures to ensure that... they aren't carrying any infection and that their healthcare needs are being looked after as they should be."

The number of dead in China increased to 170 people on Thursday, with 7,711 confirmed cases, including the first one in Tibet - meaning all regions and territories are now affected.

While there is no vaccine for the coronavirus, which surpassed China's SARS outbreak of 2002 and 2003 on Wednesday, countries around the world are doing all they can to limit its spread.

Most of the confirmed cases are in Hubei, where several cities remain locked down, but the impact of the outbreak has been becoming more widely felt across the country this week.

People in Hong Kong have been forming enormous queues to buy protective masks, and in Macau a purchase limit is being imposed to ensure they do not sell out too quickly.

While there are relatively few cases outside mainland China and its territories, other countries remain on high alert. 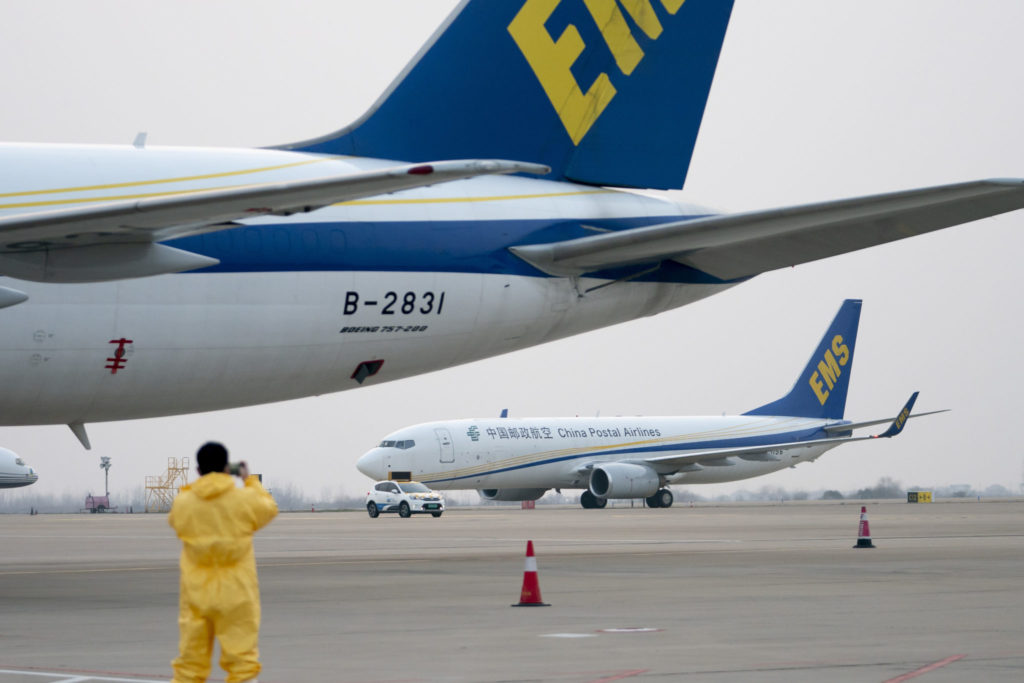 On Thursday the Philippines confirmed its first case, while Singapore confirmed three new coronavirus patients on the same day - taking the total there to 10.

There are seven cases in Australia, five in the US, and four each in South Korea, France, Germany and the UAE.

Canada has three confirmed cases, Vietnam has two, and health officials have reported just one case in each of Cambodia, Nepal, Finland, Zambia and Sri Lanka.

In Italy, 6,000 people are being kept on board a cruise ship as tests are carried out on two Chinese passengers suspected of having coronavirus.

A spokesman for the Costa Crociere cruise company said the couple arrived in Italy on January 25th and boarded the Costa Smeralda in Savona that day before coming down with a fever and breathing difficulties.

The ship docked in Marseilles in France, and the Spanish ports of Barcelona and Palma de Mallorca, before docking on Thursday at Civitavecchia, north of Rome.

Despite the precautionary measures being enforced all over the globe, the World Health Organisation (WHO) has been reluctant to declare an international public health emergency.

But it could make the call during an emergency committee meeting on Thursday.

Irish citizens are being advised to avoid non-essential travel to China as airlines, including British Airways and German carrier Lufthansa, have started suspending flights to the mainland.

BA operates daily flights to Shanghai and Beijing from London but has cancelled services until January 31st, and no bookings are being taken for direct flights to the mainland until March 1st.