The Department of Health has confirmed that 438 new cases of COVID-19 have been reported in Irela...

The Department of Health has confirmed that 438 new cases of COVID-19 have been reported in Ireland today.

The figures show that as of midnight on Saturday, there were 116 people being treated in hospital for the virus.

The five-day moving average is now 463, while the seven-day average is 433. 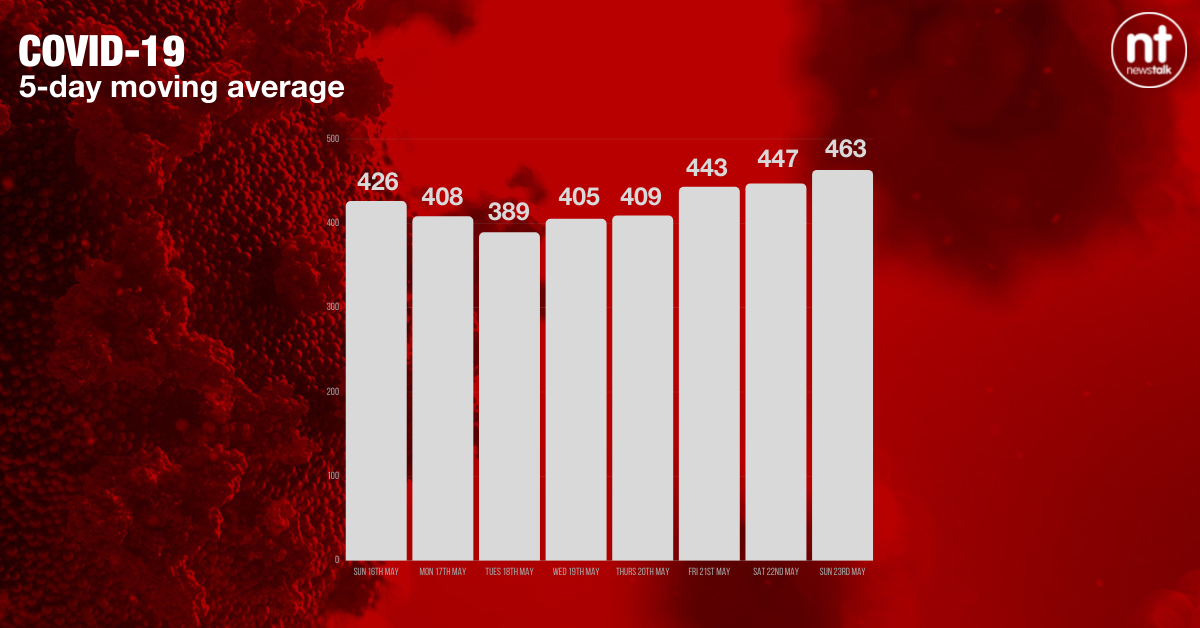 The Government is warning of the "real risk" of patients’ personal information being released by cyber criminals following the ransomware attack.

The hackers behind last week's attack on the HSE are threatening to publish stolen patient information on the dark web if their ransom is not paid by tomorrow.

The CEO of the HSE Paul Reid said today it is not the responsibility of the health service to decide whether to pay ransoms to cyber criminals, rather it is "a Government matter".

The Garda National Cyber Crime Bureau is monitoring underground websites in anticipation of the data being dumped.

Earlier this week, the health service also secured injunctions from the High Court preventing anyone from sharing the confidential files.

In a statement this afternoon, the Government said it was aware of the risk that stolen information may be abused by criminals and is taking measures to prevent that.

"The theft and disclosure of medical data would be a particularly despicable crime because it involves sensitive, personal information. Any public release of this data would be illegal," the statement said.

"There is, sadly, is a real risk of patients’ data being abused in this way. The Government is grateful to mainstream media and online services for their support and we appeal to anyone who may comes across this data online not to share it but instead to report it using the tools provided by platforms."

Following the cyber attack, if anyone suspects that their private and confidential medical data has been illegally shared or published we ask them to report this to their local garda station. Nobody's data should be abused. pic.twitter.com/CL4cLgVO4D

It added that the National Cyber Security Centre is engaging with international organisations in responding to the attack.

The Government is urging anyone who has reason to suspect they are victims of this cyber attack to make a report at their local Garda Station or through the Garda Confidential line. The line is open 24/7 on 1800 666 111.

People are also advised to be cautious of criminals taking advantage of fears around the HSE attack by contacting them to attempt to obtain information or payments. These should also be reported to Gardaí.