A further 390 new coronavirus cases and 11 more deaths have been announced this evening. Of the d...

A further 390 new coronavirus cases and 11 more deaths have been announced this evening.

Meanwhile, there were 48 in intensive care, down two on yesterday. 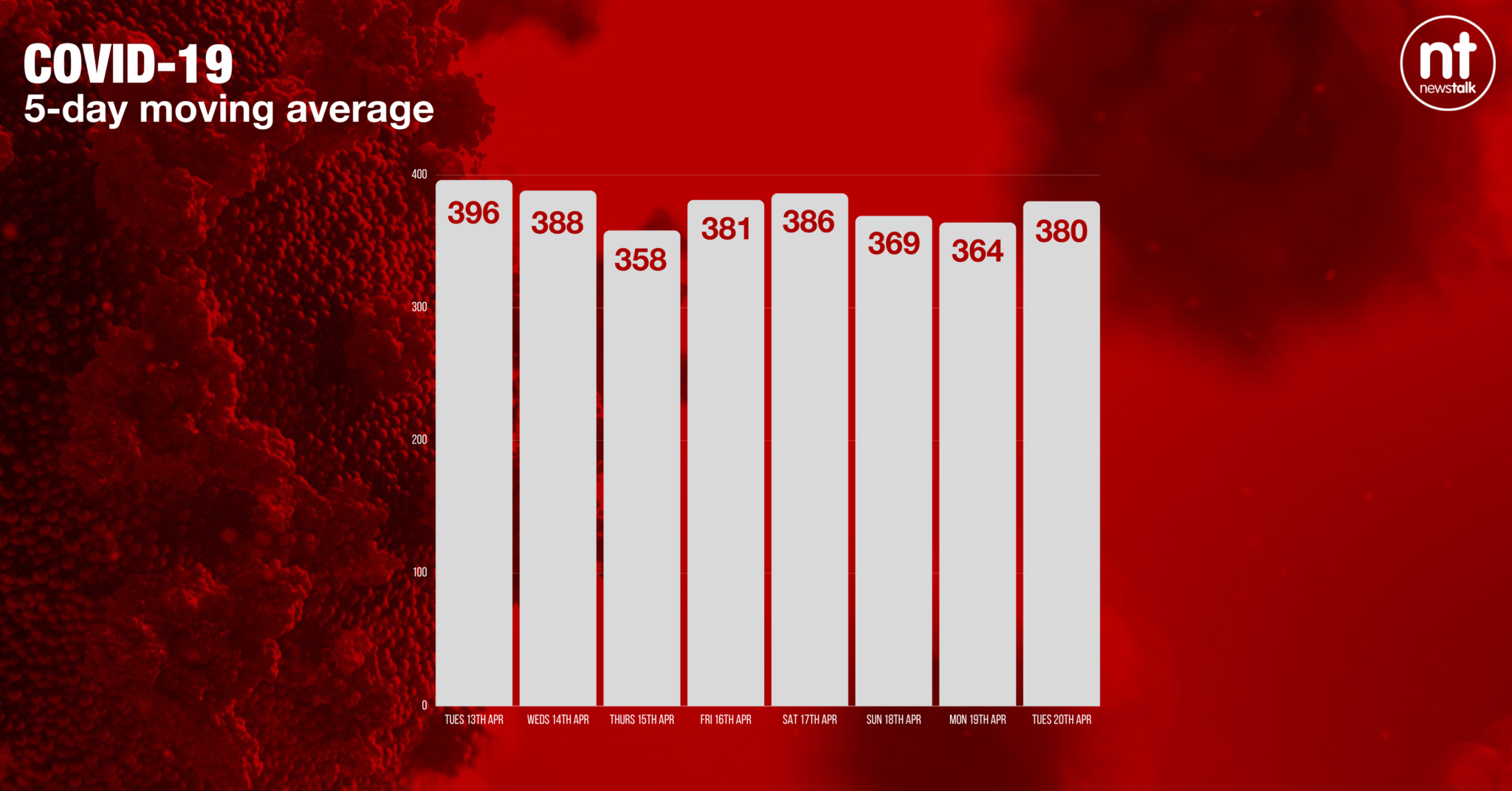 Of the cases announced this evening, there were 172 in Dublin, 42 in Kildare, 21 in Meath, 20 in Tipperary and 18 in Donegal. The rest were spread across 19 other counties.

Kildare now has the highest incidence in Ireland at 209, followed by Donegal at 204.8.

There are seven counties with rates between 100 and 200.

The seven-day incidence now stands at 55.3. 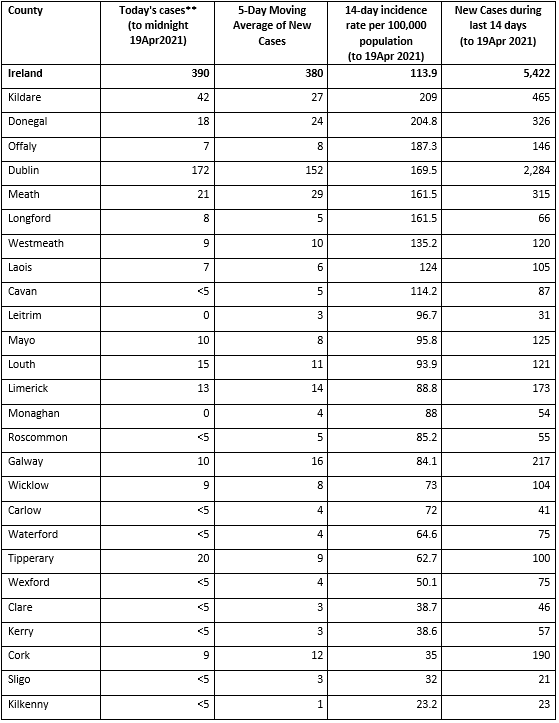 As of Sunday, 1,208,45 vaccine doses had been administered in Ireland.