Ireland now has the highest COVID-19 rate in the European Union. The 14-day rate now stands at ju...

Ireland now has the highest COVID-19 rate in the European Union.

The 14-day rate now stands at just over 500 cases per 100,000 people, according to the European Centre for Disease Prevention and Control (ECDC).

The lowest figures are recorded in Poland where the 14-day rate reportedly stands at 7.7 cases per 100,000 people.

Other countries with rates lower than 50 include Hungary, Czechia and Slovakia – with Romania sitting on 51.4.

Despite the high case figures, there are 14 countries on the list reporting higher death rates than Ireland over the past two weeks. 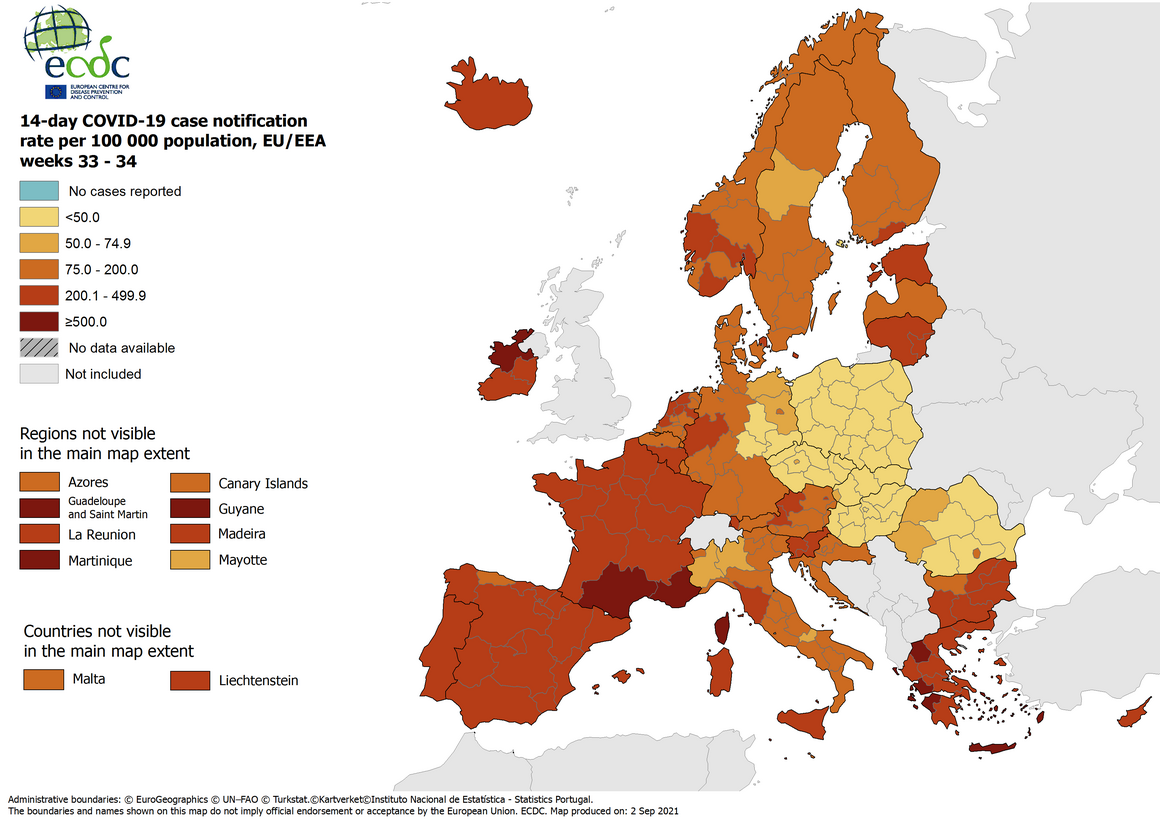 In Ireland yesterday, the Department of Health confirmed a further 1,751 new cases.

Ireland boasts the second-highest vaccination rate in the EU and Tomás Ryan, Associate Professor at Trinity College told Newstalk that health authorities need to examine why our rate is still so high.

“Our test, trace and isolation system was never fast enough to contain COVID-19 in Ireland on its own,” he said. “We learned that as early as July, August 2020.

“We have among the most crowded schools in Europe and that is going to be a problem this winter.

“We need to move away from the mantra that schools are safe and we need to switch to a discussion about how do we make schools safe.” 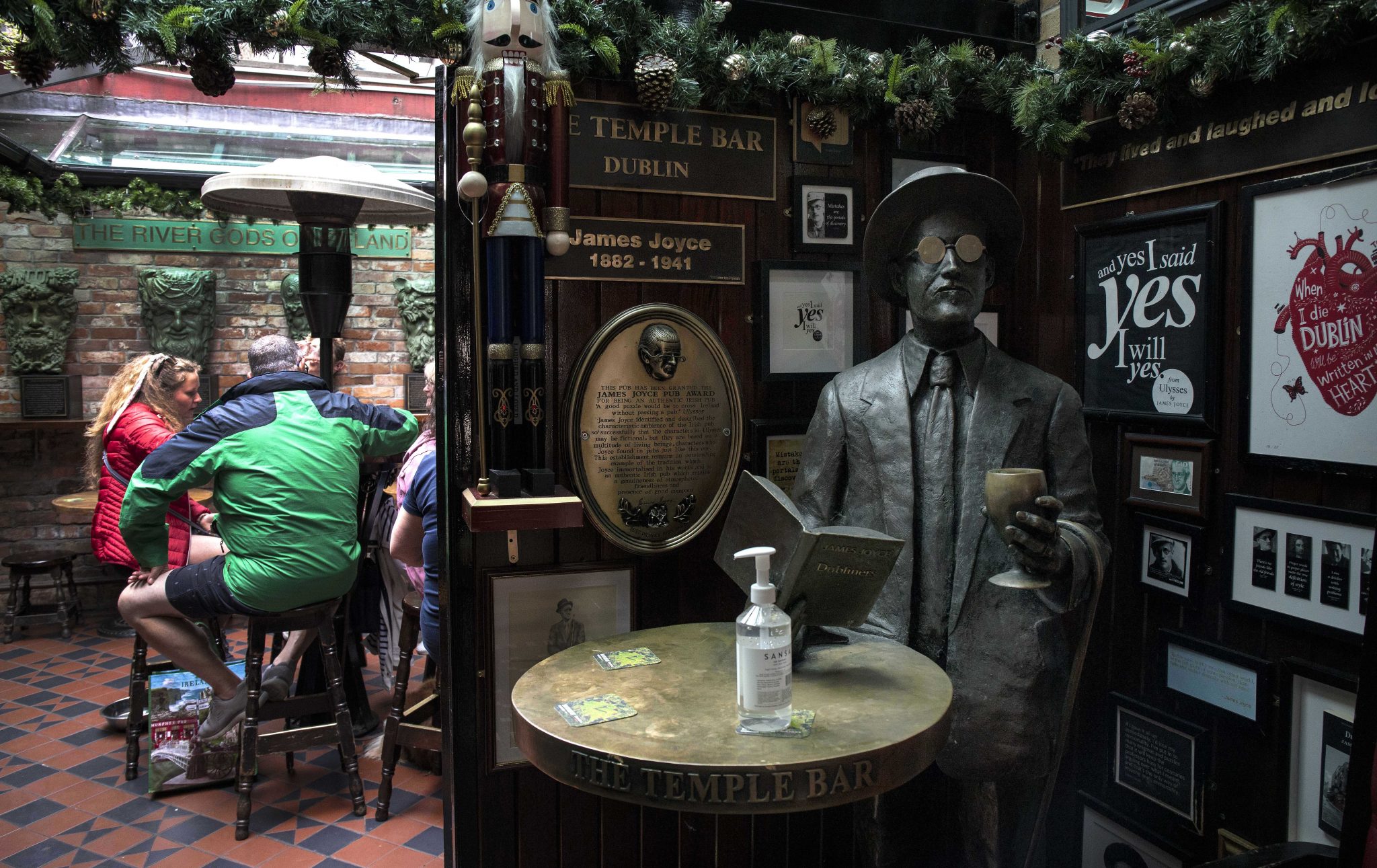 A bottle of hand sanitiser sits on a table beside a statue of Author, James Joyce in The Temple Bar in Dublin, 26-07-2021. Image: Damien Eagers/PA Wire/PA Images

He said he is concerned the reopening plan could backfire.

“Remember that we had to have a five-month lockdown because we went gung-ho into the Christmas season last year for three weeks,” he said.

“So, I am concerned that we may be making some similar mistakes now.

“Hopefully the consequences won’t be quite as bad so I think people would be better served with a more cautious, more stable reopening that doesn’t involve us going backwards. 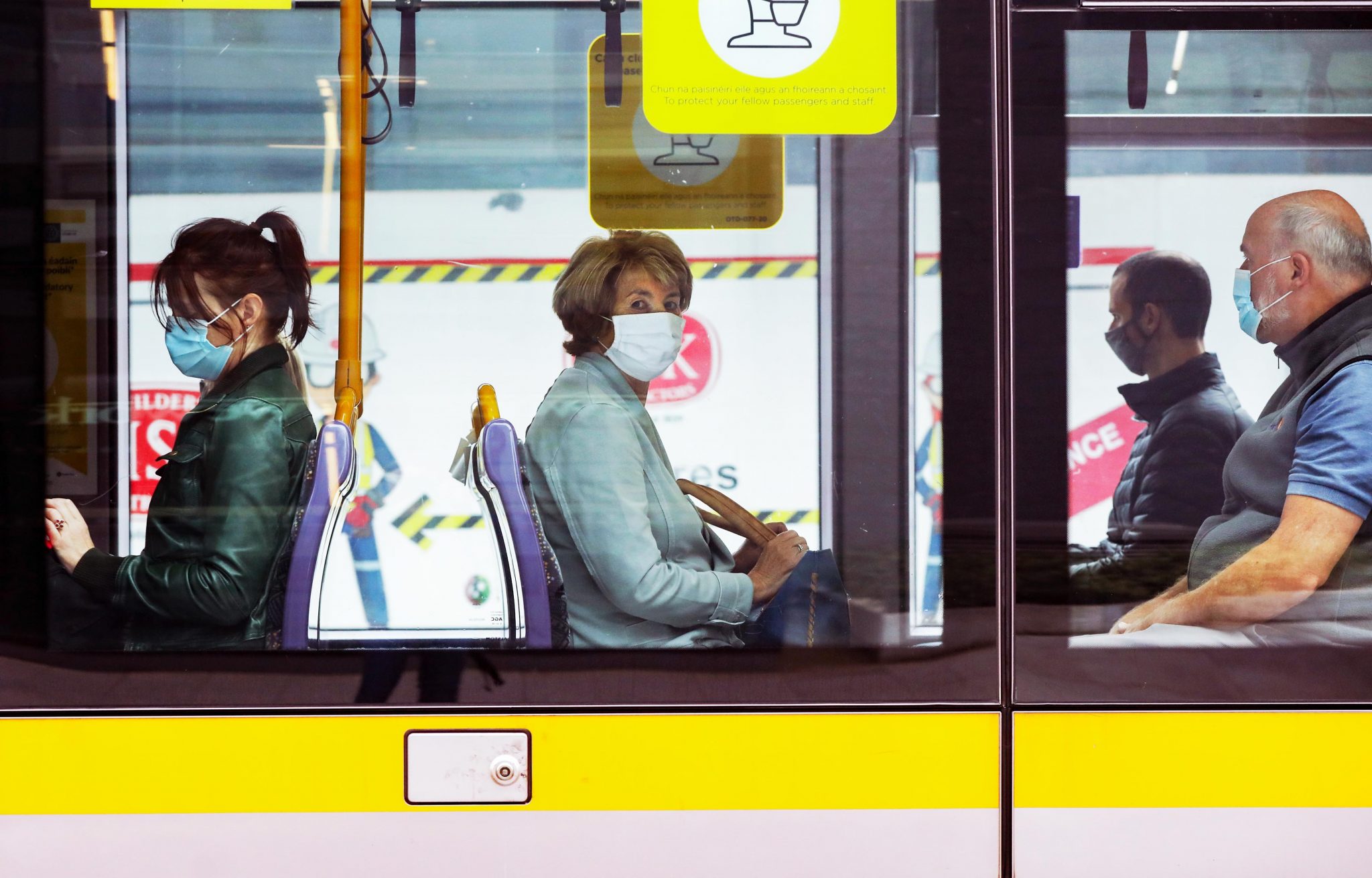 The high case rates following the Christmas reopening came off the back of the emergence of the Alpha variant in the UK.

While Ireland’s case rates remain high, the five-day rate has fallen steadily for the past five days from a high of 1899 to yesterday’s figure of 1584.

Meanwhile the number of COVID patients in Irish hospitals fell by 17 to 343 yesterday.

There were 59 in intensive care – up three on the day before but down two on the same day last week.