There have been 1,378 new cases of COVID-19 confirmed in the Republic, according to the Department of Health.

23 further deaths associated with the virus have also been reported in the past 24 hours.

The latest figures bring the total amount of cases here to 187,554, while the number of coronavirus-related deaths stands at 2,970.

Regarding the nationwide distribution of cases, 379 are in Dublin, 145 in Cork, 86 in Wexford, 85 in Galway, 71 in Limerick, and the remaining 612 cases are spread across all other counties.

As of 2pm today, 1,931 people are now receiving treatment in hospital for the virus after 44 new admissions in the past 24 hours. 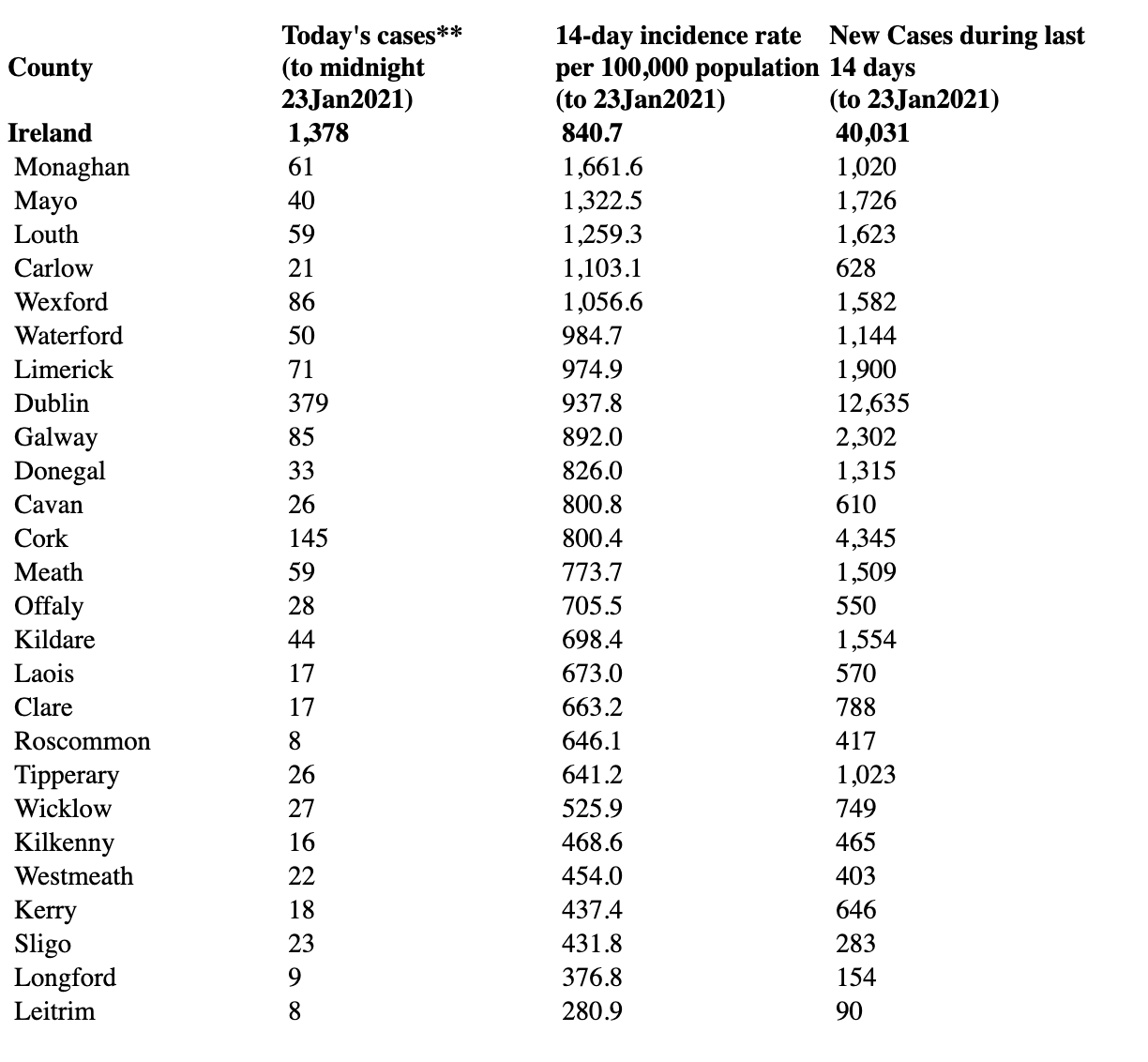 Dr Tony Holohan, Chief Medical Officer at the Department of Health, said that while we are "starting to make progress in reducing the level of the virus in the community", he added that this "is a critical time for all of us to hold firm to the public health advice".

"We must not let down our guard against this highly infectious disease and the risk it poses to ourselves and those most medically vulnerable to infection," he said.

“There is a huge volume of disease in the country and the recent surge in cases continues to place an unprecedented strain on ICUs, hospitals and other frontline healthcare services.

"The answer lies in driving down social contacts and congregation in all settings, including in workplaces.

Dr Holohan appealed for everyone who can to work from home where possible.

He added: “For those of us who cannot work from home, it is essential to follow the public health advice in the workplace, such as the wearing of face coverings when moving around communal areas.

"We urge all employers to facilitate home working as much as possible and to ensure strict adherence to public health measures in the workplace.”

Meanwhile, 433 new cases of COVID-19 have been recorded in Northern Ireland in the last 24 hours.

There have also been 14 additional deaths reported by the Department of Health there, one of which occurred outside the 24-hour period.

It comes as the Minister of State for European Affairs Thomas Byrne said that a two-island approach to travel restrictions, which the Taoiseach has discussed with British Prime Minister Boris Johnson, would solve a lot of the problems around the issue.

He stated that talks on such a measure are continuing "at the highest levels" and are "very welcome".

Deputy Byrne added that it is too early to say whether Ireland can meet its vaccination targets by the end of March.

Coscoran and Robinson progress on opening night of European Indoors