Children under one-year-old should not have any screen time, WHO says

Children less than one-year-old should not have screen time on any devices. That is according to ...

Children under one-year-old should not have any screen time, WHO says

Children less than one-year-old should not have screen time on any devices.

That is according to the World Health Organisation (WHO) - which said children under five must spend less time sitting watching screens, or restrained in prams and seats.

The new guidelines on physical activity, sedentary behaviour and sleep for children under five years of age were developed by a WHO panel of experts.

They assessed the effects on young children of inadequate sleep, and time spent sitting watching screens or restrained in chairs and prams.

They also reviewed evidence around the benefits of increased activity levels.

It said infants should be physically active several times a day in a variety of ways - particularly through interactive floor-based play.

They should not be restrained for more than one hour at a time.

For children aged one to two years, they should spend at least 180 minutes in a variety of types of physical activities at any intensity.

For one-year-olds, sedentary screen time - such as watching TV or videos - is also not recommended. 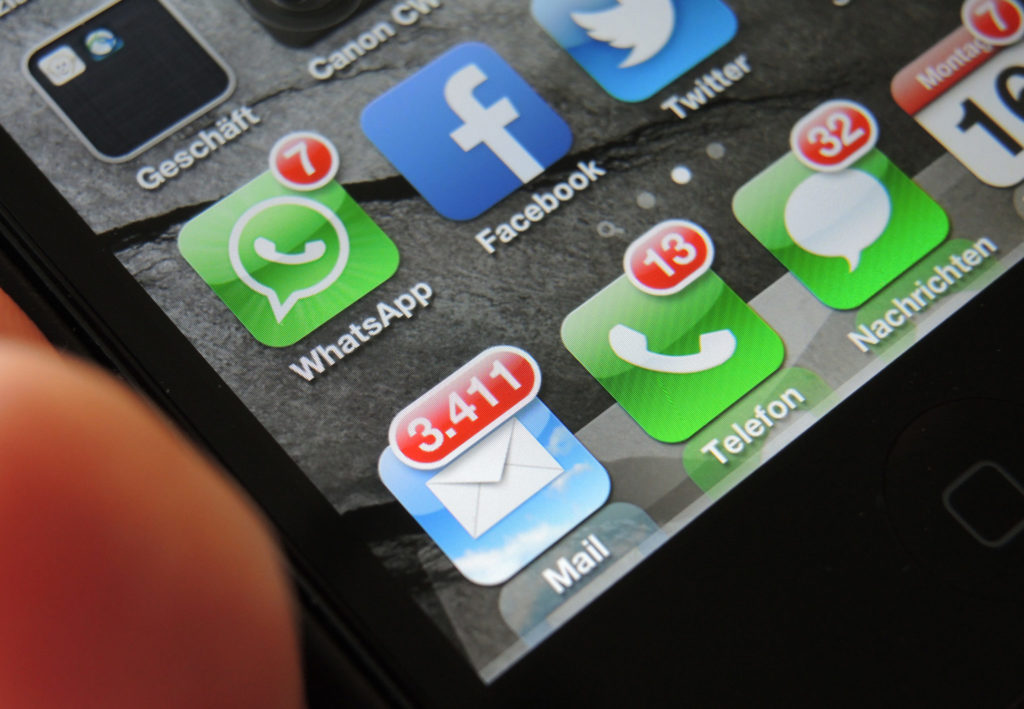 The display of an iPhone shows many unread mails and messages, missed calls and calendar events in Berlin, Germany | Image: Michael Kappeler/DPA/PA Images

For those aged two years, it said screen time should be no more than one hour.

And children aged three to four should spend at least 180 minutes in a variety of types of physical activities at any intensity - while screen time should be no more than one hour.

The WHO found that failure to meet current physical activity recommendations is responsible for more than five million deaths globally each year across all age groups.

Currently, over 23% of adults and 80% of adolescents are not sufficiently physically active.

"If healthy physical activity, sedentary behaviour and sleep habits are established early in life, this helps shape habits through childhood, adolescence and into adulthood", the WHO said.

"Achieving health for all means doing what is best for health right from the beginning of people’s lives," said WHO Director-General Dr Tedros Adhanom Ghebreyesus.

"Early childhood is a period of rapid development and a time when family lifestyle patterns can be adapted to boost health gains."

The WHO said the pattern of overall 24-hour activity is key: "Replacing prolonged restrained or sedentary screen time with more active play, while making sure young children get enough good-quality sleep.

"Quality sedentary time spent in interactive non-screen-based activities with a caregiver, such as reading, storytelling, singing and puzzles, is very important for child development."