Dublin parents paying highest childcare costs in Ireland at over €1,200 per month

The monthly average cost of childcare in Dublin has jumped 20% in the past four years.

Dublin parents paying highest childcare costs in Ireland at over €1,200 per month

The average monthly cost of childcare in Dublin has jumped 20% in the past four years.

A Newstalk survey shows the capital is home to the most expensive creche rates in the country, with parents paying an average of €1,276 a month.

It is followed by counties Wicklow and Cork, where prices stand at €928 a month and €857 a month respectively.

All three counties were also the most expensive places for childcare in 2018, when Newstalk carried out a similar survey. 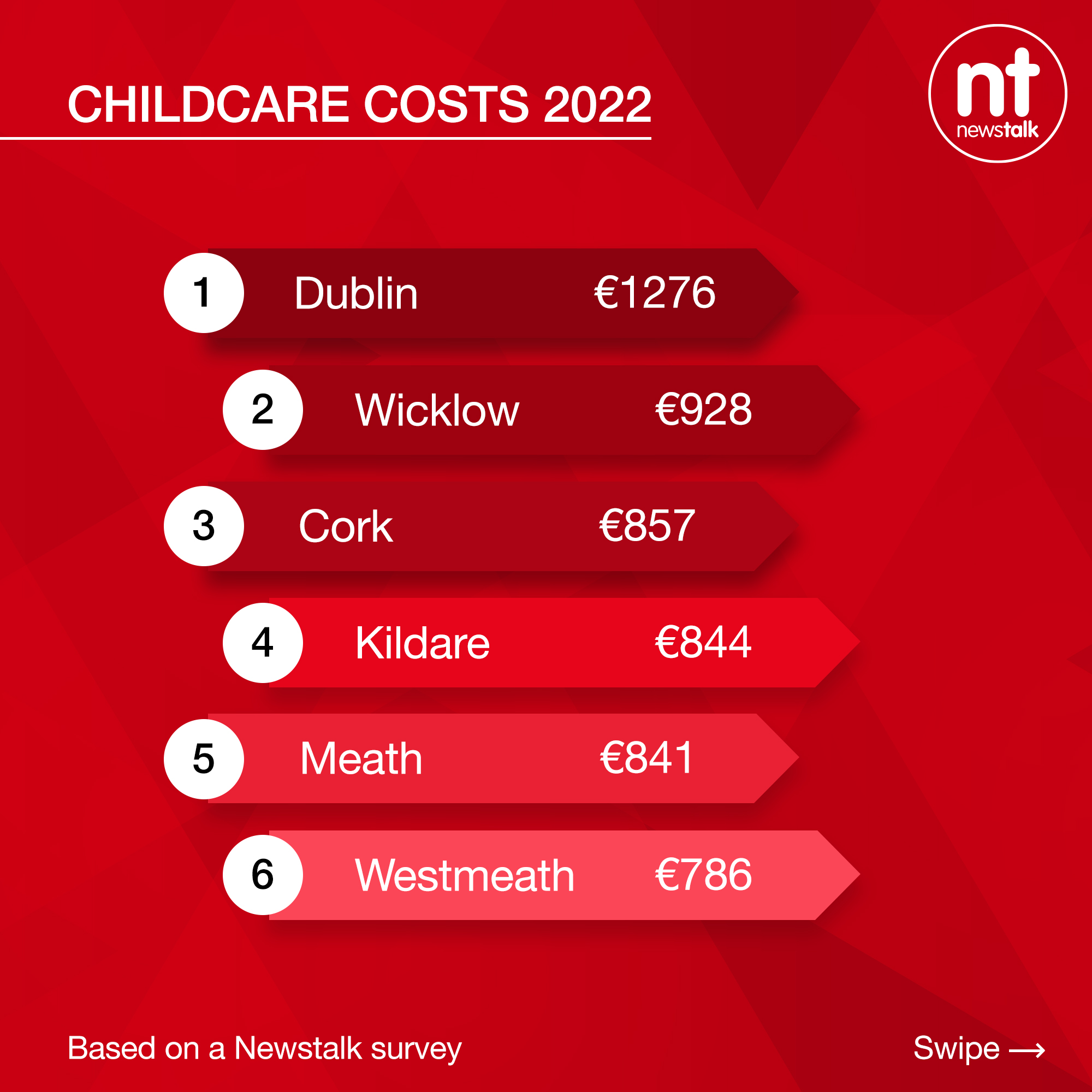 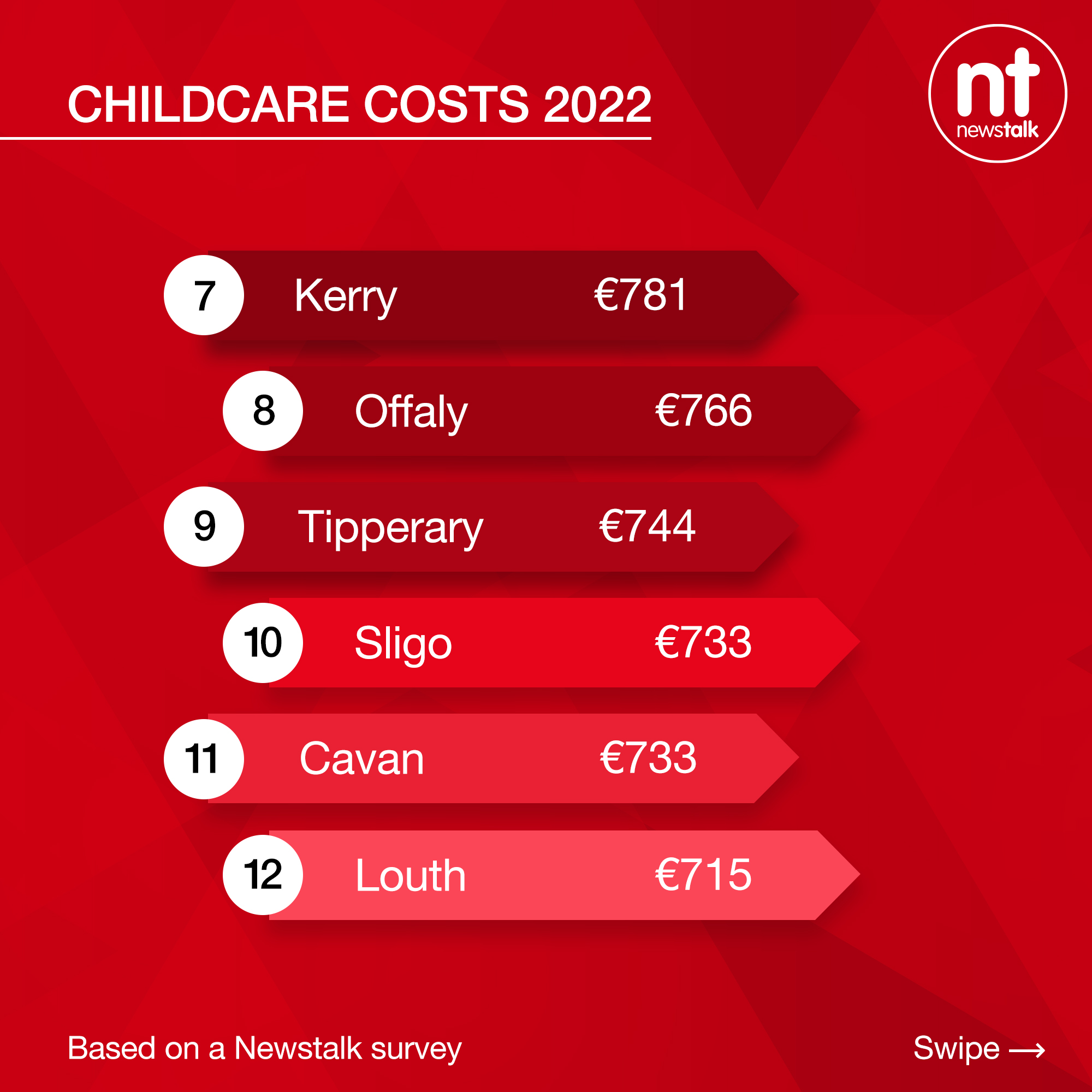 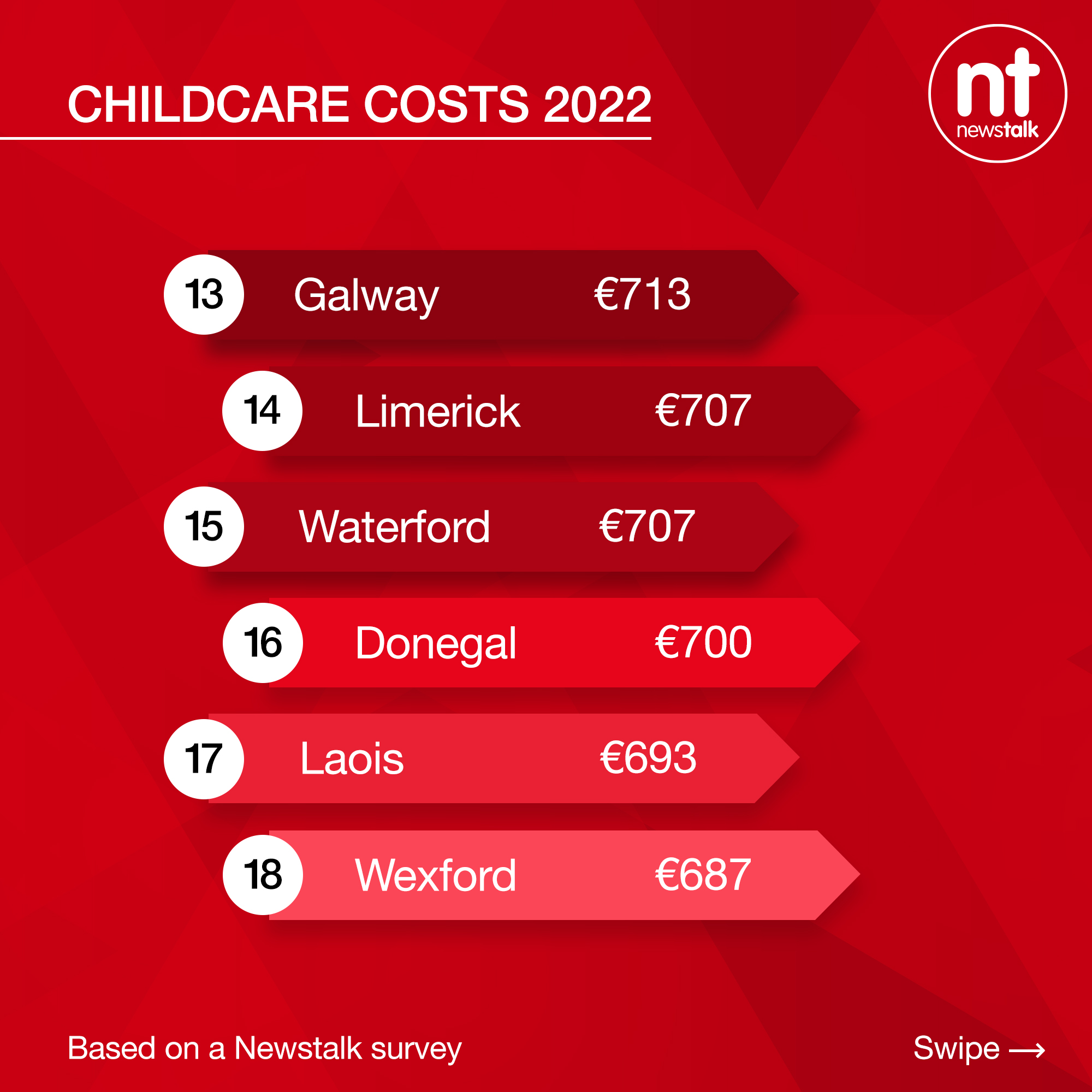 Overall, 10 of the 26 counties surveyed saw an increase in prices, while costs actually decreased in 16 counties.

The figures show a great disparity in childcare rates. In fact, all 10 places with the most affordable rates have all seen a reduction in prices since 2018.

Longford remains the cheapest county for creches - with an average cost of €613 per month.

It's followed by Monaghan, Leitrim and Roscommon, where parents are spending less than €655 monthly. 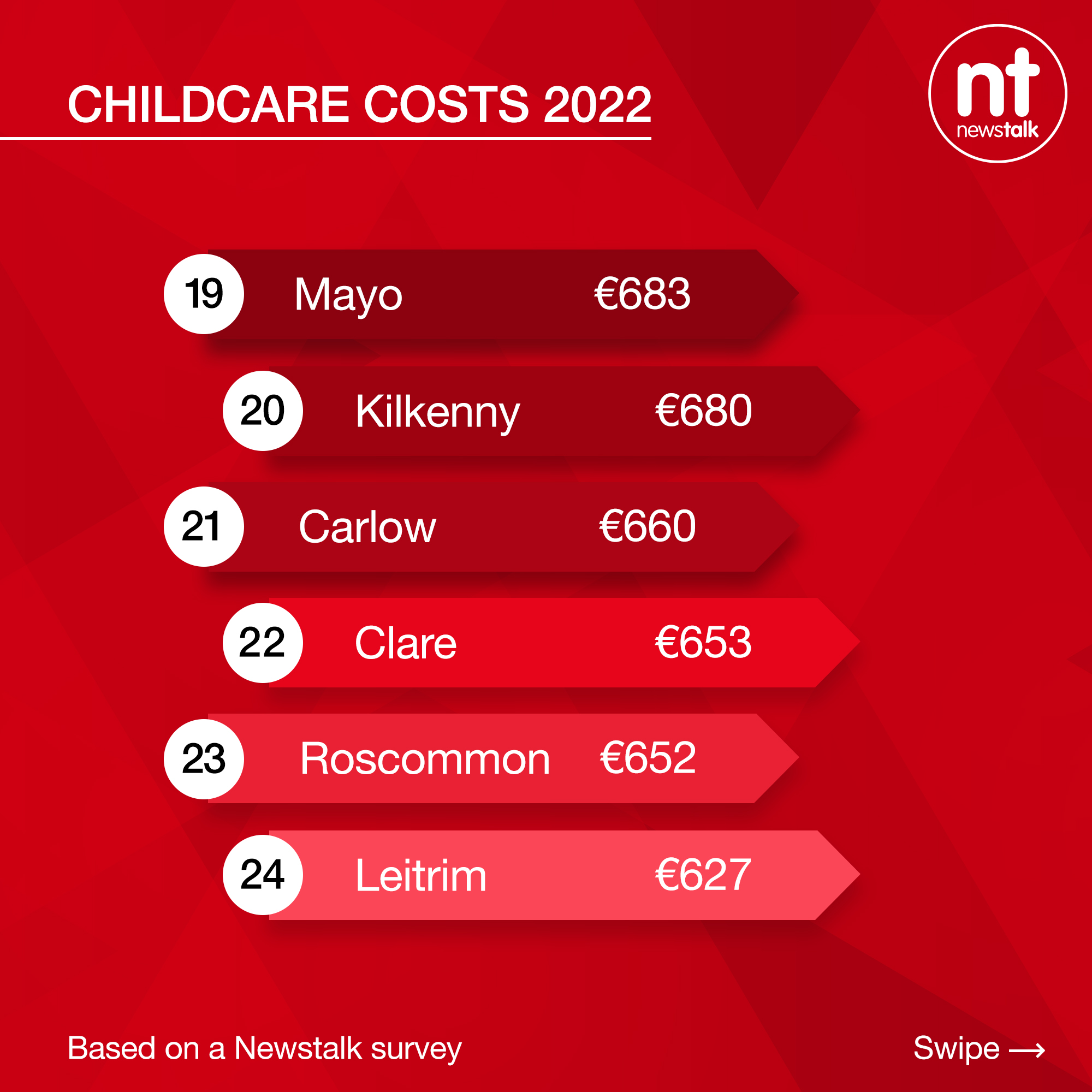 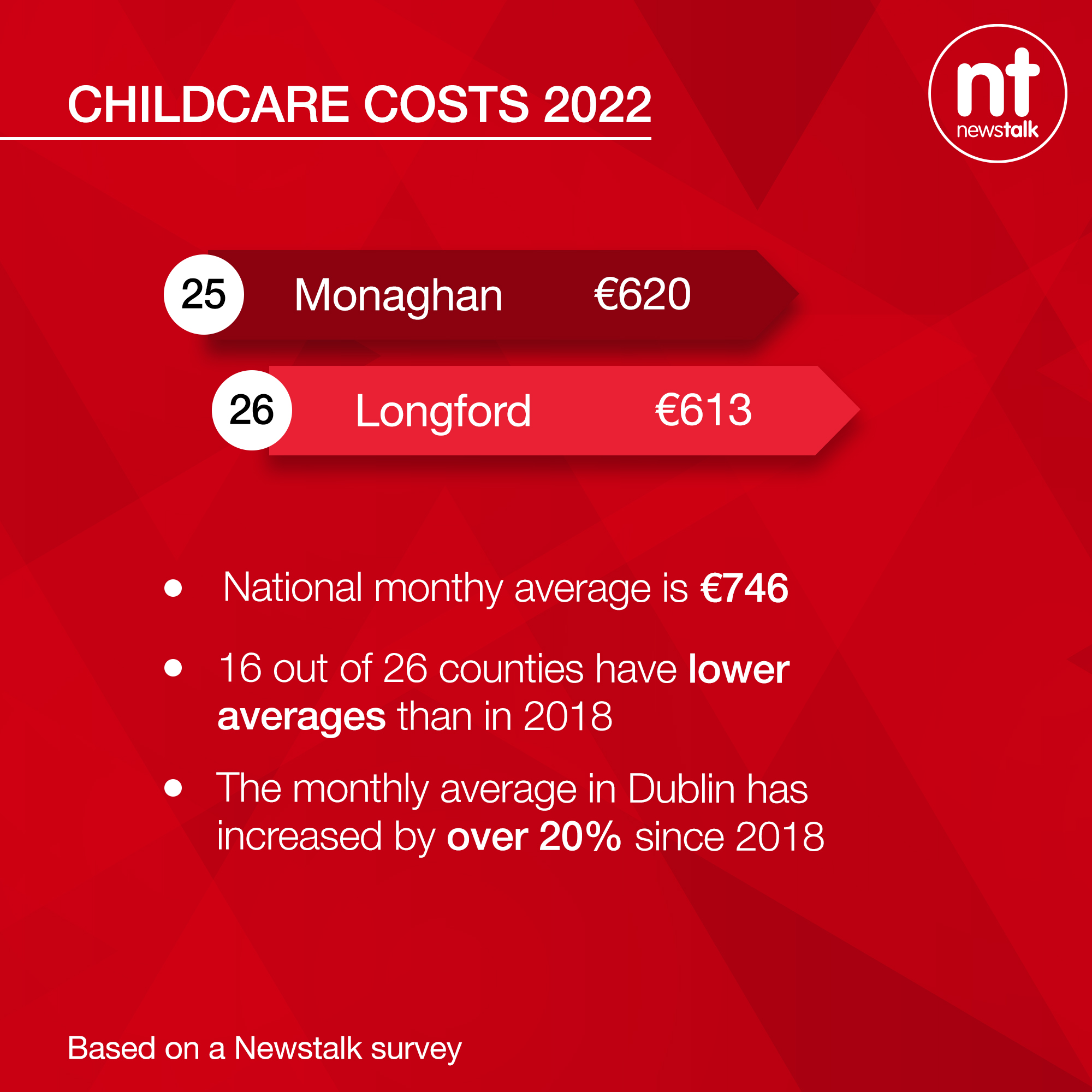 These figures were calculated by gathering the average cost of full time care for a two-month-old toddler in each county.

With the cost and availability of childcare an ever-growing issue, the Tánaiste has indicated the government will cut the cost of the service in the up-coming budget.