A chef based in Dublin city has said the idea of putting carbon emissions on menus would be 'just another headache'.

It comes as a vegetarian restaurant in the English city of Bristol became the first in Britain to add carbon emissions to its menu.

This is so customers can see the environmental cost of each meal. The carbon footprint of each dish is listed beside the price.

Tony Keogh is head chef of Cornucopia, a vegetarian restaurant in Dublin.

He told Lunchtime Live it just wouldn't work in practice.

"I think it's a great idea, but to be honest the implications of implementing something like that would be really complex.

"It's a bit of a blunt tool... we have ingredients come from so many different sources.

"So the transport costs, the production costs, the harvesting - they're going to vary slightly.

"So it'd be very hard to get an exact value on what the actual footprint is per dish. 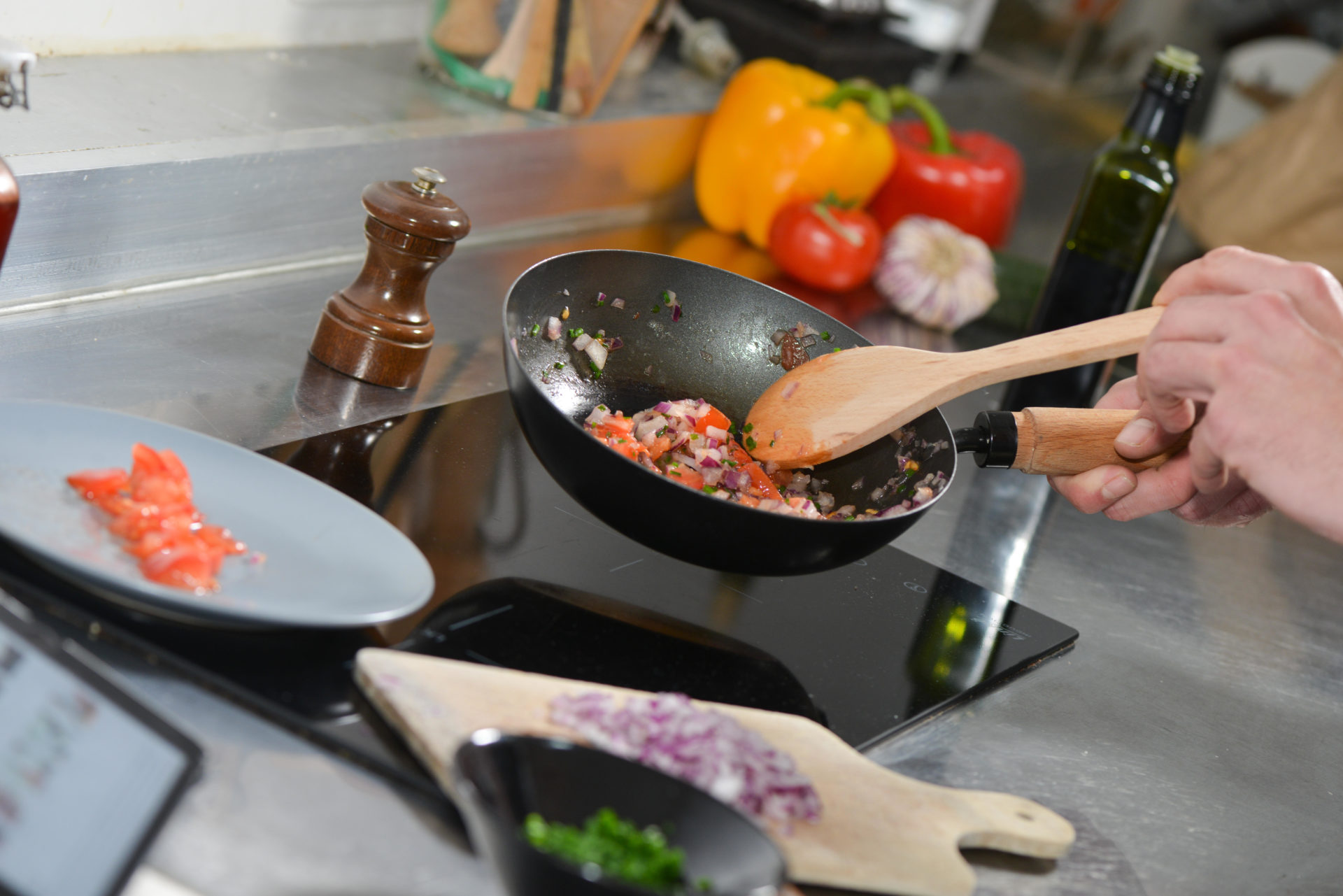 A chef cooks in a restaurant kitchen. Picture by: FreeProd / Alamy Stock Photo

"And if you have 20 ingredients in a dish, all coming from variable sources at different times of the year... it's going to be quite hard to get an exact pinpointed reading.

"You couldn't actually work it out, it's too complex".

He added that any extra cost to put this together would be passed to the customer.

"To implement it for a restaurant, I think it would be a massive undertaking.

"And also then the cost would have to be passed on to the consumers.

"At the moment I suppose with supplier costs, transport costs, wage costs all going up - it's just another headache".

While Aisling in Dublin believes this could be good for comparisons.

"When it comes to restaurants, we don't really have a clue what we're eating.

"For this restaurant [in Bristol], a lot of the people that will go in and will see the values on the menu, because it's a vegetarian restaurant all the values are going to be quite low.

"And sometimes as well people don't know what those values mean, in real terms.

"But I think if other restaurants were to adopt it, and you had a side-by-side comparison from - say - a beef burger, that might be up to say 3,000 grammes of CO2...versus 300 grammes for a veggie burger.

And Raymond in Sandyford said it seems impractical.

"As an ex-restaurateur, I just can't imagine - in a busy restaurant - where you would get the time to do all these calculations.

"And so complicated... it's cheaper to grow a carrot in Israel or Spain or somewhere and ship it over here or flying it over here, and sell it cheaper than the local producer can supply it".

Main image: Close up of a man reading a menu in a restaurant. Picture by: Tetra Images, LLC / Alamy Stock Photo