The Children's Minister Katherine Zappone says she was "appalled and horrified" at an RTÉ Inv...

The Children's Minister Katherine Zappone says she was "appalled and horrified" at an RTÉ Investigates documentary on childcare.

"You guys need to step up and do your job." @ciarakellydoc believes @DCYAPress should take more responsibility following the #HydeAndSeek documentary last night: https://t.co/SHKqUXGohb pic.twitter.com/alLZrcDxrX

It reported how it was recently contacted by several families, who were concerned about the standards of care their children had received while at various crèches.

The company has four crèches across Dublin city, catering for children from three months up to 12 years of age.

The documentary reported that while RTÉ witnessed some examples of good care, the undercover workers started to observe repeated breaches of regulation.

There were also concerns around sleep room conditions - for example at the company's crèche on Tolka Road, where cots were packed too tightly together to allow staff to provide appropriate care for children at nap times.

The Hyde and Seek crèche in Glasnevin as seen in the RTÉ Investigates documentary | Image: RTÉ

Tusla guidelines set out strict adult to child ratios which crèches must adhere to so that staff can look after children in their care.

But the RTÉ undercover researcher in the Tolka Road branch found repeated breaches of regulations.

On a number of occasions, they said this meant up to 20 children were left with one care worker for hour periods at a time.

This would have seen it not subject to regulatory inspections and checks. 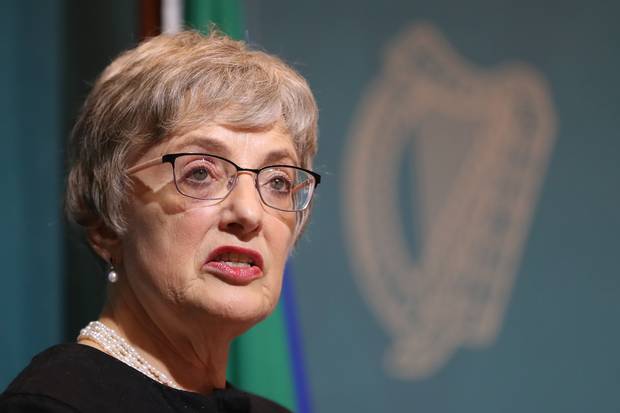 Minister Zappone says: "I share parents' distress at seeing young children being subjected to such abhorrent behaviour. I am disgusted by what I saw".

She acknowledged that many parents who saw the programme will be worried for their own children who attend crèches.

However, she says a number of authoritative and independent sources have assured her that the vast majority of services meet required standards.

She also expressed her confidence in Tusla, and gave assurance that it has been taking robust action to address the poor standards and management failings in the crèches that were focus of the programme.

"While there is clearly more to be done to improve quality standards, we have come a long way and we must maintain this momentum for several years to come.

"My department has introduced a minimum qualification for all staff working with children in crèches or pre-school services, we established a national Quality Development Service where experts are available to mentor and advise Early Learning and Care practitioners, and this year I introduced - for the first time - regulations for school-age childcare."

She points out that Tusla was given new powers in 2016 and had its funding "substantially increased", which has allowed it to nearly double the number of inspections since 2014.

She adds that the evidence presented in the programme on Wednesday night "was new and not available to the inspectors up to now."

She says Tusla has closed five services in the last 18 months and is at "advanced stages" of the enforcement process with many others.

In a statement on Thursday, Hyde & Seek Childcare says: "The Prime Time programme of last night has raised some real issues for us and we will deal with them quickly

"The overall picture it painted does not reflect who we are, but there are specific issues we need to address and are addressing quickly.

"We will shortly retain an expert external consultant to review our management structure and our service.

"We began seeking to identify such a consultant this week.

"We strive always to provide the highest quality of childcare and to give children a happy safe place in which they can develop and play, and we are determined and committed to do this."

"One of the first changes we make will be the recruitment of a new manager at our Tolka Road creche, which was the focus of much of the criticism in the programme."

"We know we need to work to rebuild, retain and enhance the trust our parents have in us.

"We have spoken to many of them in recent days and would urge others with concerns to contact us. We are available to talk to and meet parents at any time."

It also said it disputes "some of the detail of what has been reported."

"But this is not to dispute the overall point, which is that we have work to do to ensure we continue to offer the highest standards of care."

The company says: "The programme referred to profits made by the crèches.

"However profits in recent years have all been reinvested in developing our crèches.

"The directors receive modest salaries and no dividends have been paid to any shareholder in recent years."

In an earlier statement to Newstalk.com on Wednesday, Hyde & Seek Childcare said it has been operating crèches for over 15 years and strive to provide a top-quality child-centered service.

However the firm acknowledged that the programme "has raised real issues which we need to address."

It added: "We have already addressed some: For example we have recently changed the layout of our cot rooms at our Tolka Road and Shaw Street creches, and last week we had unannounced visits by Dublin City Council fire officers to each of those premises and those inspectors said there were no fire safety issues requiring immediate action."

The company also confirmed that Anne Davy, one of the owners of the company that runs the crèche group, is stepping aside.

While she remains as a director of the company, she will not be working with children.

"We are deeply concerned about the issues raised in the RTÉ Investigates programme... We now expect that the statutory authorities will take whatever action is necessary to ensure that the very distressing matters raised are fully investigated and addressed.

"We represent 3,800 childcare service members in all parts of the country, who provide a high-quality service to over 100,000 children.

"These service providers, all of whom are open to inspection by the statutory authorities, provide a service that not only cares about the development of children but also supports families on a daily basis.

"We have been speaking with members since we became aware of this story.

"They are distressed by the content of the programme and also want these matters fully investigated and resolved.

"We are working with our members to help them support their staff, parents, and children; all of whom will be concerned on the back of this programme."

"We also ask that anyone who has concerns about a childcare service or about individuals within a service pass such information to the relevant authorities."

While the Child & Family Agency Tusla says the documentary "contained distressing footage which will undoubtedly cause upset and anxiety for parents/guardians and the general public".

"We recognise and share the serious concerns the programme raises about the quality of care within these crèches, but more importantly the impact of concerning adult behaviours on children", Tusla says.

The agency also revealed that Hyde & Seek Glasnevin was successfully prosecuted by Tusla in 2019 for the operation of an unregistered service.

It says enforcement activity began in January 2018, when this was first brought to their attention.

Its Shaw Street crèche was inspected in September 2018, and again in July 2019, and is subject to on-going enforcement action.

While Hyde & Seek Tolka Road has been subject to a "significant level of regulatory enforcement activity", and referrals have been made to Tusla's child protection and welfare services. 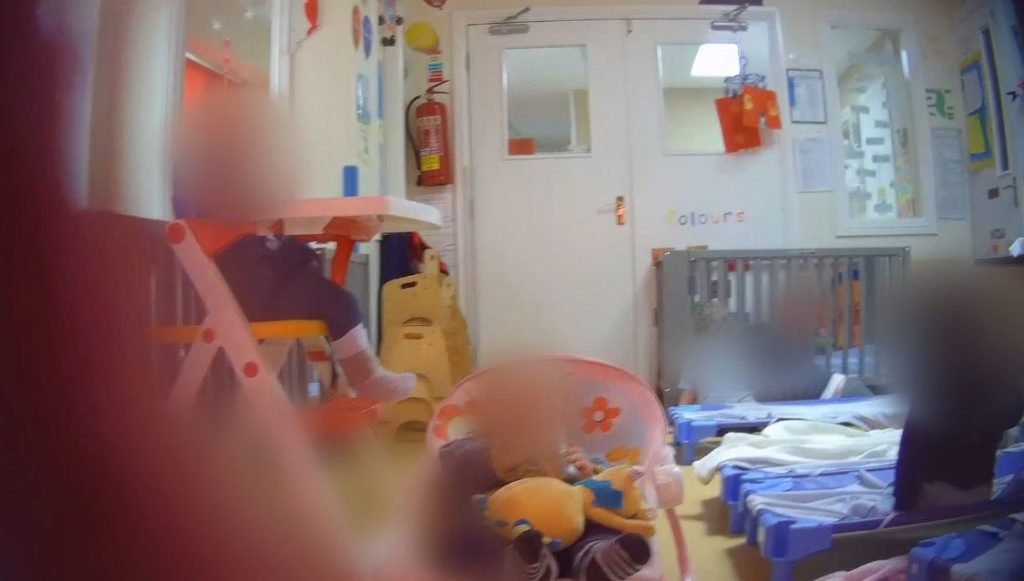 Inside the Hyde & Seek Tolka Road branch as seen in the RTÉ Investigates documentary | Image: RTÉ

Tusla says it received information from RTÉ in July in relation to serious concerns regarding quality of care in these services - which triggered further action from the Early Years Inspectorate.

The agency says it contacted RTÉ regarding any child protection or welfare concerns identified in the programme, to seek any further information that will assist them to take any further action.

It adds that RTÉ has agreed to cooperate and it is waiting to receive footage and detailed information on specific children, dates and times of incidents.

Brian Lee, director of quality assurance at Tusla, says: "It is the responsibility of the registered provider to ensure they are fully compliant with the regulations.

"Tusla actively works with service providers all around the country to highlight areas where improvements are necessary and to ultimately improve the standards in services for children.

"Not all non-compliances mean there is a risk to a child and in the majority of cases the service provider can rectify the issue promptly."