A budget package worth €11 billion has been announced by Finance Minister Paschal Donohoe. Taki...

A budget package worth €11 billion has been announced by Finance Minister Paschal Donohoe.

Taking to his feet in the Dáil, Minister Donohoe said Budget 2023 "is and must be a cost of living budget".

He said Ireland faced the COVID-19 pandemic with our finances in good shape, which meant we could both respond and recover in the aftermath.

The budget has one-off measures worth €4.1 billion, and core budget measures of €6.9 billion.

Minister Donohoe said the pace of growth in the economy is expected to slow throughout the rest of the year - with inflation of 8.5% this year and 7% next year.

There will be excise rate reductions of 21c on petrol and 16c per litre on diesel, as well as 5.4c per litre in Marked Gas Oil.

A 9% VAT rate for electricity and gas is being extended until February 28th 2023.

An income tax package to the value of €1.1 billion was also announced.

The main tax credits for Personal, Employee and Earned Income Credit are also being raised by €75. 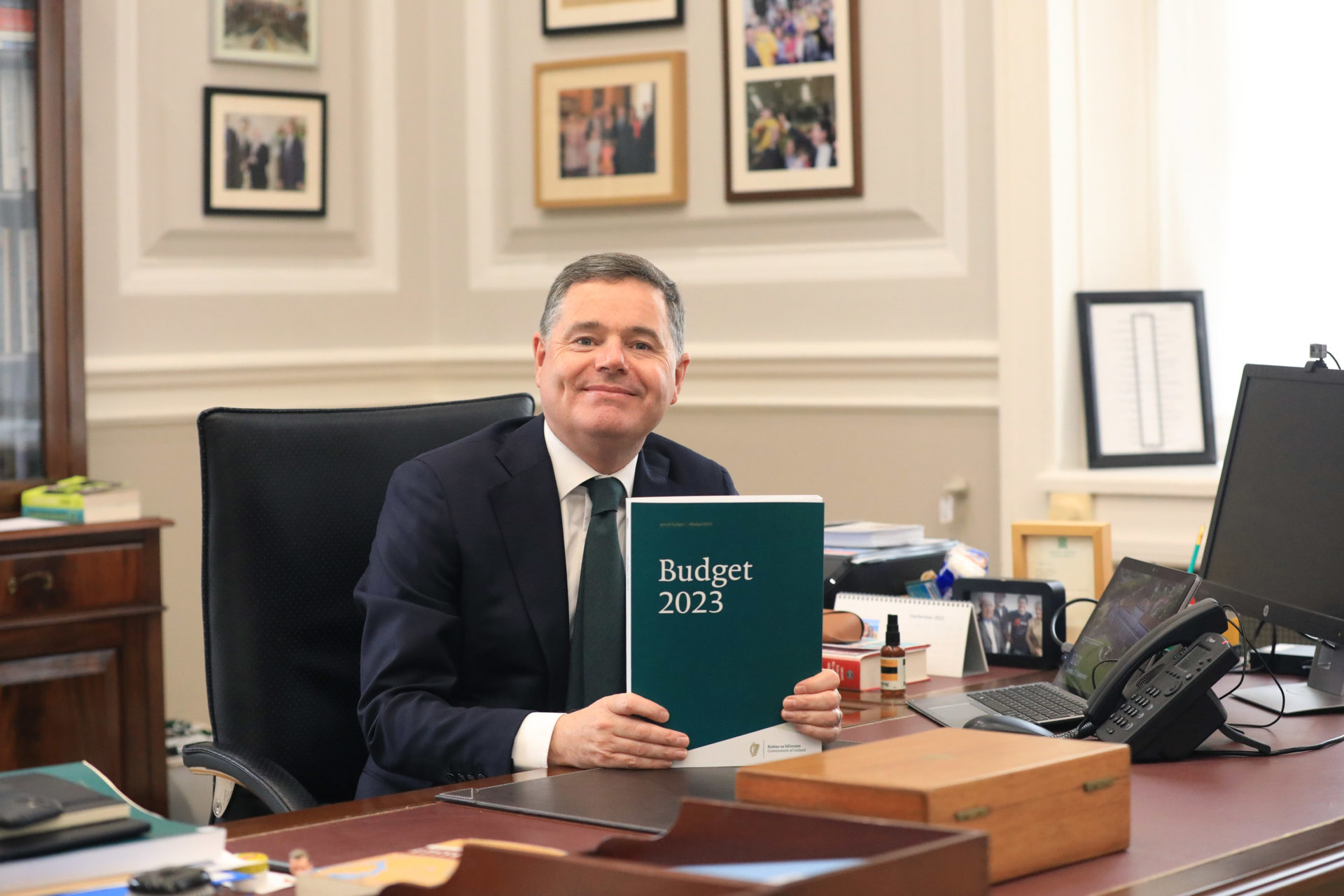 While the Home Carer Tax Credit is being increased by €100 to support stay-at-home parents.

And a USC concession means those with a medical card earning less than €60,000 is being extended for another year.

A packet of 20 cigarettes, and other tobacco products, will increase by 50c.

The Help to Buy Scheme is to be extended at the current rates until the end of 2024.

A new Vacant Homes Tax is set to be introduced.

It will be charged at a rate three-times of the Local Property Tax (LPT) for the home and will be self-assessed.

Local authorities are set to publish draft maps in November for a Residential Zoned Land Tax.

While the Residential Development Stamp Duty Refund Scheme is being extended to the end of 2025.

And to pay for the Mica Redress Scheme, a levy on concrete blocks, pouring concrete and some other concrete products has been announced.

The pre-letting expenses for landlords is being doubled to €10,000 - while the time a property must be vacant has been reduced from 12 months to six. 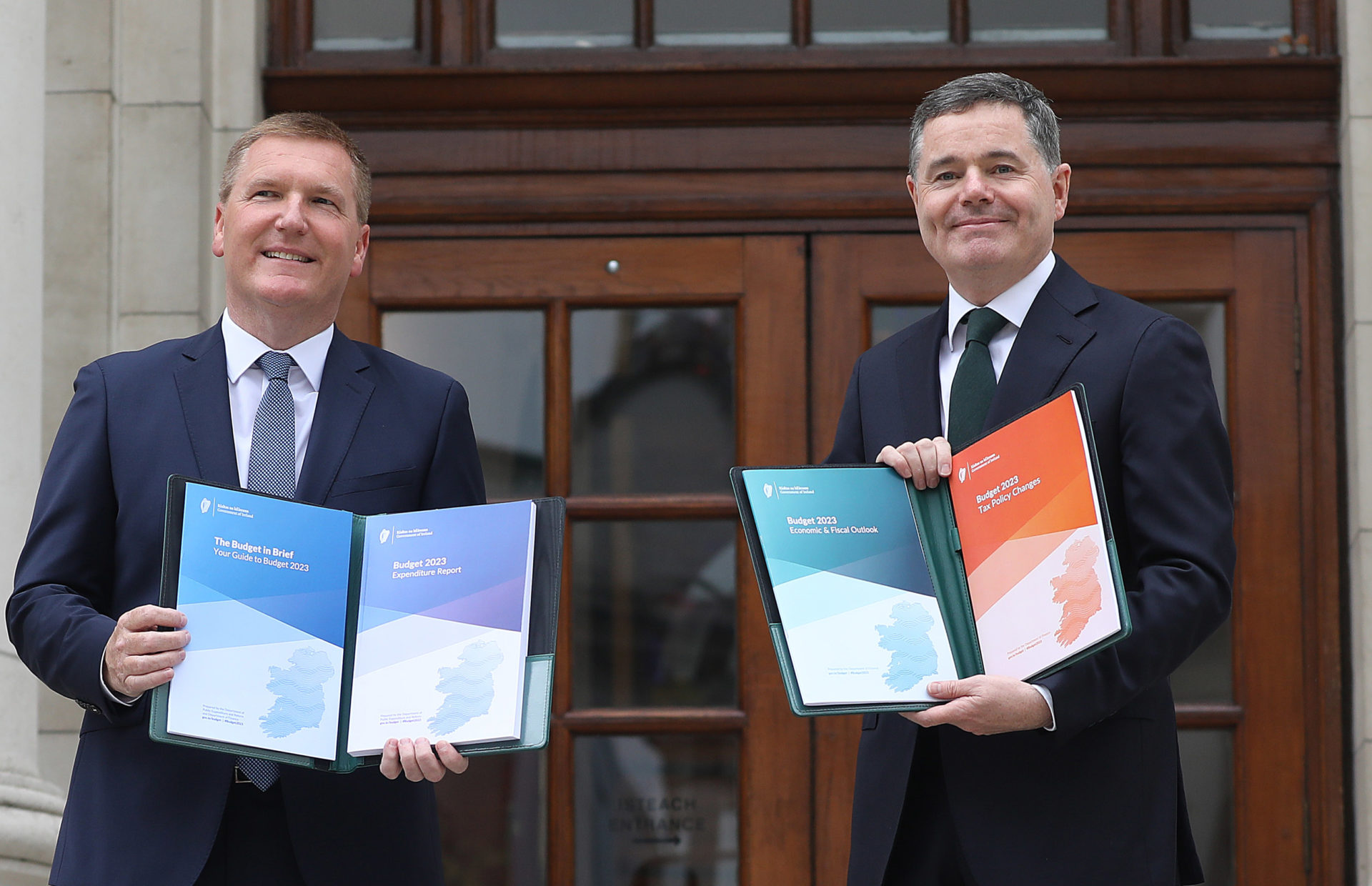 A carbon tax increase of €7.50 a tonne will go ahead as planned on October 12th.

This will put up petrol and diesel by just over 2c a litre.

However, the Government is reducing the National Oil Reserves Agency levy to 0% to offset the cost, which is worth 2c a litre.

The duration of these are dependent on negotiations at European level, Minister Donohoe said.

There will also be accelerated capital allowances for building modern slurry storage facilities.

A Temporary Business Energy Support Scheme (TBESS) from Revenue has been announced to help businesses, which will give back 40% of the increased cost of electricity bills.

This will be open to businesses that have seen significant increases in energy costs.

The scheme will compare the average unit prices between 2022 and 2021, with a threshold increase of more than 50%.

The support will have a monthly cap of €10,000 per trade, with an overall cap on the amount a business can claim.

Companies will also be allowed to give employees €1,000 tax free a year in vouchers - which is up from current limit of €500.

Two vouchers can also be given by an employer in a single year.

The cost to apply for a Special Exception Order for late night venues is being reduced from €110 to €55.

While VAT on newspapers is reducing to 0% from January next year.

Elsewhere the VAT on defibrillators is being reduced to 0% from January 1st, as well as hormone replacement and nicotine replacement therapies.