Britain's Prince William and his wife Kate Middleton were greeted by cheering crowds in Galway ci...

Britain's Prince William and his wife Kate Middleton were greeted by cheering crowds in Galway city, on the final day of their visit here.

The royal couple have taken in a trad session and even tried their hand at Gaelic football.

Hundreds of people lined the streets outside Tig Ceoili earlier - a traditional Irish pub famous for its daily traditional sessions.

Thank you to everyone at the Tig Coili for the warm Galwegian welcome for The Duke and Duchess of Cambridge! #RoyalVisitIreland pic.twitter.com/QXJGqty63o

— The Duke and Duchess of Cambridge (@KensingtonRoyal) March 5, 2020

Ronan O'Flagherty - whose brother runs the pub - played the fiddle for William and Kate.

He says his brother booked him for the gig, but refused to tell him who it was for.

"It was driving me mad for months - he just said 'trust me, it's a big one' and can you round up the troops".

She hoped to give Prince William a photo she took of his late mother.

"I met her 37 times and this was the last time I met her before she died.

"I'll just explain that I'm really lucky to have met his mom lots of times, and would love to give him this photo".

The couple then went on to Knocknaharra GAA Club where under-10 players were eager to show them their football and hurling skills.

Galway 2020 CEO Patricia Philbin said: "Galway 2020 is honoured to have the opportunity to showcase to Their Royal Highnesses, just some of the amazing projects and organisations delivering our ambitious programme across the year.

"As European Capital of Culture, we are extremely proud of our programme, built on the themes of language, landscape and migration which celebrates and incorporates all aspects of Irish and European culture." 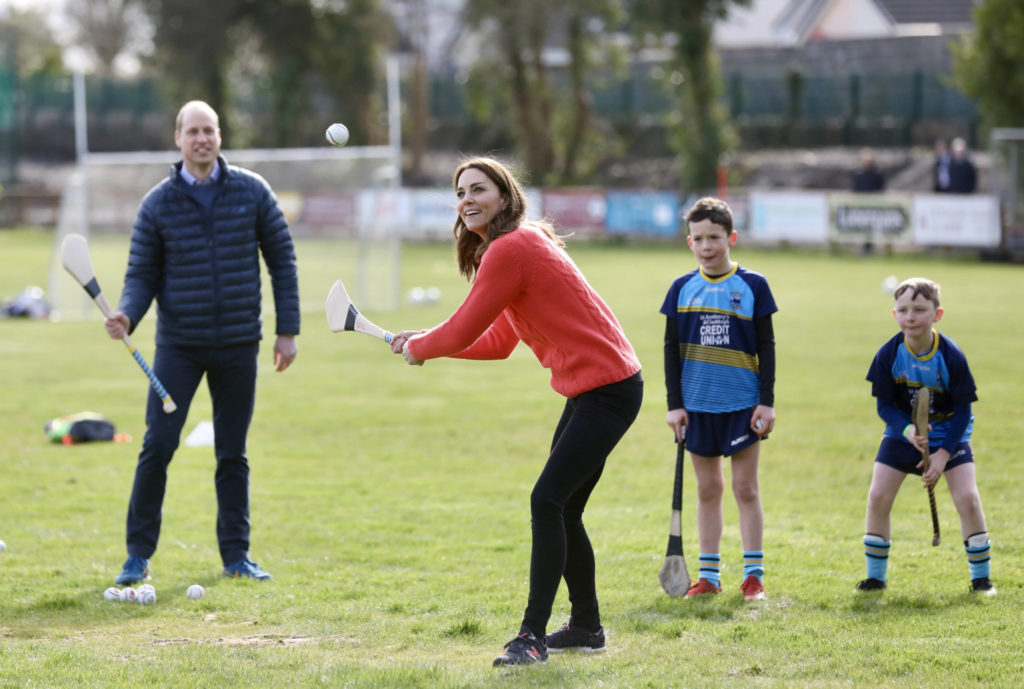 Britain's Prince William and Kate Middleton at Salthill Knocknacarra GAA Club in Galway | Julien Behal Photography/Pool images on behalf of the Department of Foreign Affairs and the British Embassy.

On Wednesday, the royals visited community and charity organisation in Dublin, Meath and Kildare.

They were also hosted by acting Tánaiste Simon Coveney at the Museum of Literature Ireland.

During a speech, he said: “Together, we bear a responsibility to continue to redesign and shape the Irish-British relationship - and in particular to dedicate ourselves to the shared task of sustaining and building on the hard-won peace in Northern Ireland." 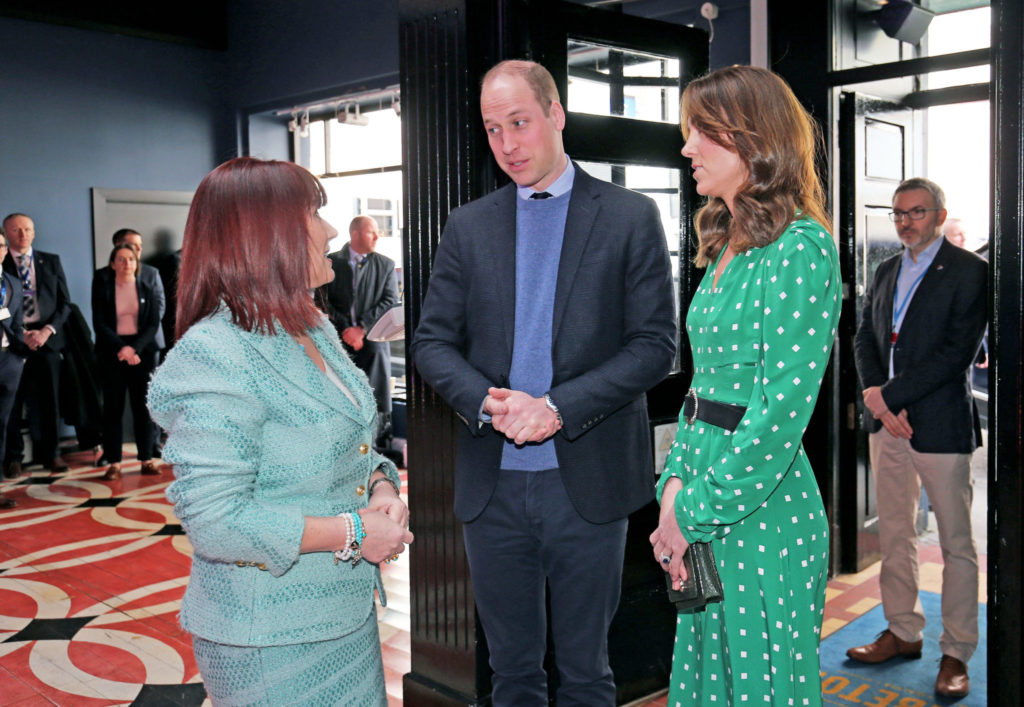 Britain's Prince William and Kate Middleton at Tribeton, Galway greeted by Josepha Madigan | Image: Julien Behal Photography/Pool images on behalf of the Department of Foreign Affairs and the British Embassy.

"Ours is a relationship of rare complexity and sometimes intensity, but powered at its core by the hundreds of thousands of people who live, work and move seamlessly between these islands every single day.

"I am both hopeful and confident for the future of our relationship".

Great to welcome you on your first visit to Ireland. We look forward to welcoming you and your family back again in the future. 🇮🇪🤝🇬🇧#RoyalVisitIreland pic.twitter.com/d37hMXEqCj

He concluded his speech with a toast: “To her majesty, the Queen, to the people of the United Kingdom - and most importantly to the continued friendship and cooperation between us both."

The couple will fly back to the UK from Dublin Airport later.