Brexit: 'Anything is better than tariffs' for both sides - Thomas Byrne

Minister of State for European Affairs Thomas Byrne says 'anything' will be better than tariffs o...

Brexit: 'Anything is better than tariffs' for both sides - Thomas Byrne

Minister of State for European Affairs Thomas Byrne says 'anything' will be better than tariffs on goods in the event of a no-deal Brexit.

It comes as negotiations continue past a deadline set for Sunday.

He added it was "time to hold our nerve and allow the negotiators to inch progress forward", warning a deal is "clearly very difficult, but possible".

Minister Byrne told Newstalk Breakfast he is "very slightly" optimistic for a breakthrough.

"Anything will be better than tariffs, cause I think that will be hugely damaging."

"All of our preparations for Brexit that we're advertising - or pretty much all of them - apply deal or no-deal".

"It is a skinny deal, it is a hard Brexit and there will be damage from it.

"But what this agreement that we're hoping to reach is trying to make sure there's no tariffs or added costs for business and consumers on both sides of the Irish Sea".

He said a deal is in everyone's interests.

"I always felt that if everybody looked at what the pros and cons were, particularly on the British side, they would realise that the pros to a deal are much greater than the cons".

'Tip of the iceberg'

He said while Mr Johnson "may well feel some Eurosceptic pressure" from any potential deal, the pressure he would have "from the workers in the British economy in the next few months would be far greater".

Minister Byrne said long queues of lorries at British ports "are only the tip of the iceberg", as the next step would see people loosing jobs.

"I have to think it will be solved - the British sheep industry would be decimated, for example, in a tariff situation - much bigger than the fishing industry." 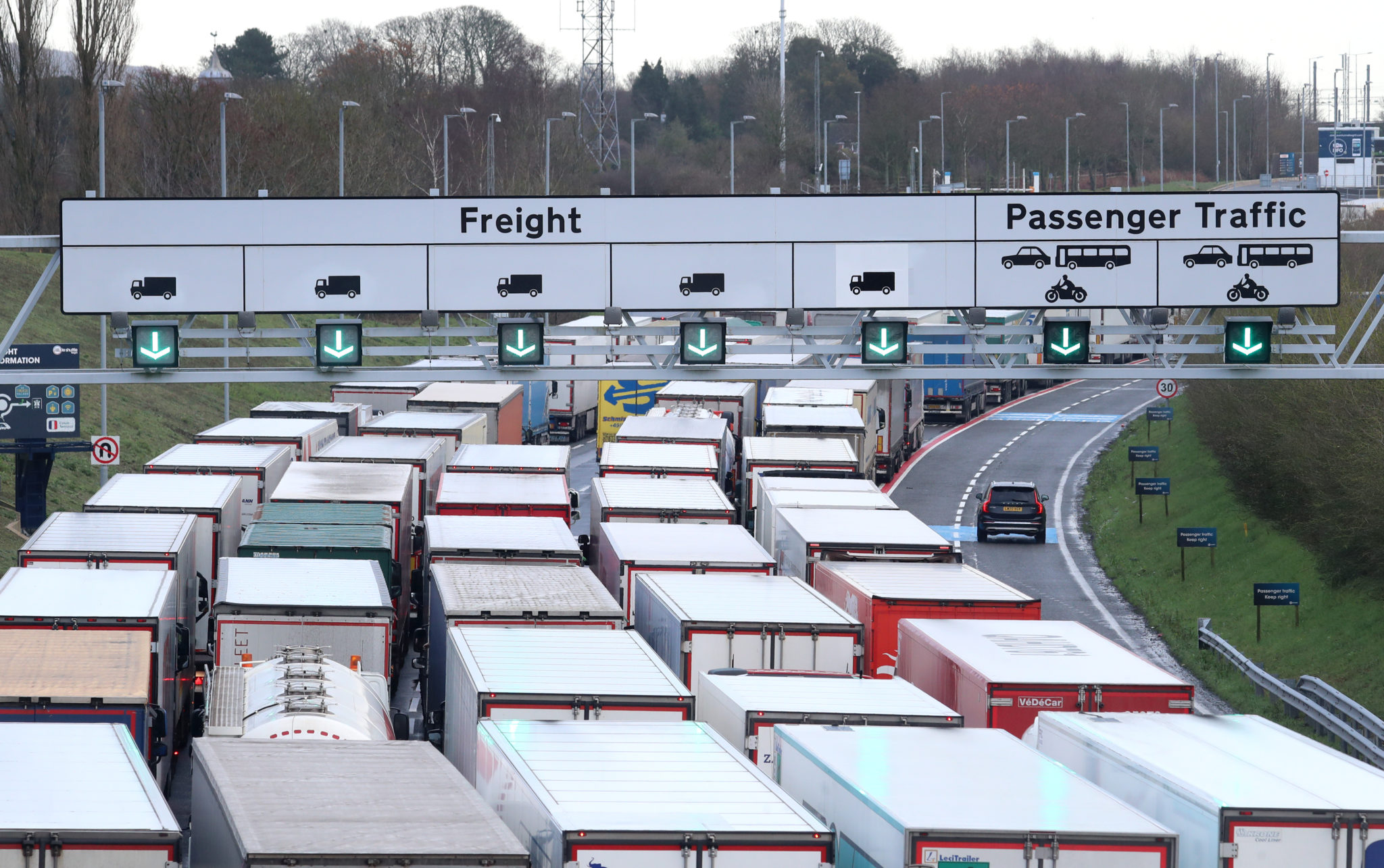 Minister Byrne also said Britain is trying to 'dress up' a no-deal scenario.

"I think we're quite upfront and open on this side of the Irish Sea about the dangers of going on to tariffs.

"I think in Britain they tend to dress it up - 'We'll be fine, it's going to be fantastic, we'll prosper mightily' - that's not the case.

He said two issues - the peace process and European single market - are paramount, as damage to the single market could damage other EU economies.

"Really the ultimate question is on what basis does Britain get access to that European single market."

"What we want to make sure is there's no unfair competition on either side".