Brazilian President Jair Bolsonaro has insisted he is taking a tough approach to tackling the Ama...

Brazilian President Jair Bolsonaro has insisted he is taking a tough approach to tackling the Amazon wildfires, as protesters demand action.

Mr Bolsonaro, who is less than a year into his presidential term, said: "We are a government of zero tolerance for crime, and in the environmental field it will not be different."

But as he spoke, thousands of Brazilians gathered in Rio de Janeiro, Sao Paulo and the capital Brasilia - calling for stronger action to stop the fires.

There have also been demonstrations in other South American countries, as well as Europe, the US and India.

Demonstrations were also held outside the Brazillian embassy in Dublin. 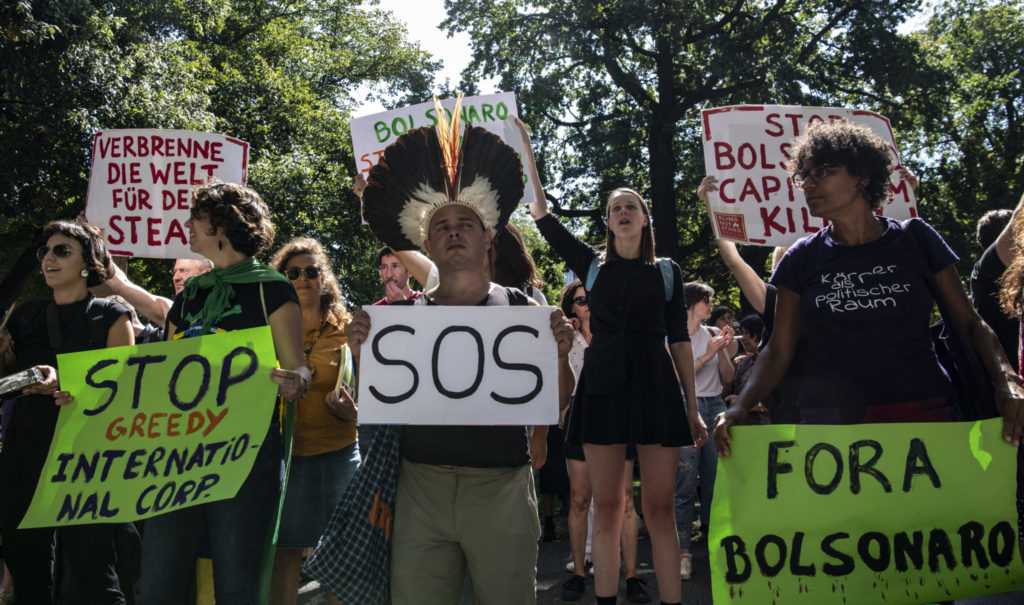 Protestors gather to demonstrate against the Brazilian government and the fires in the Amazon in Berlin, Germany | Image: Paul Zinken/AP/Press Association Images

Forces will arrive from Saturday and will remain in the area for a month, according to the presidential decree authorising their deployment.

Mr Bolsonaro said: "The protection of the forest is our duty.

"We are aware of that and will act to combat deforestation and criminal activities that put people at risk in the Amazon."

But he hit back at what he described as "data and unfounded messages inside or outside Brazil" relating to the fires.

He said this "doesn't help to solve the problem, and it is being used politically and as misinformation".

World leaders, including the Taoiseach Leo Varadkar, have expressed concern at the state of the Amazon rainforest, which is considered the world's lungs because it is a vital absorber of carbon dioxide from the atmosphere.

Because it produces vast amounts of oxygen, the Amazon is also crucial in the world's efforts to contain global warming. 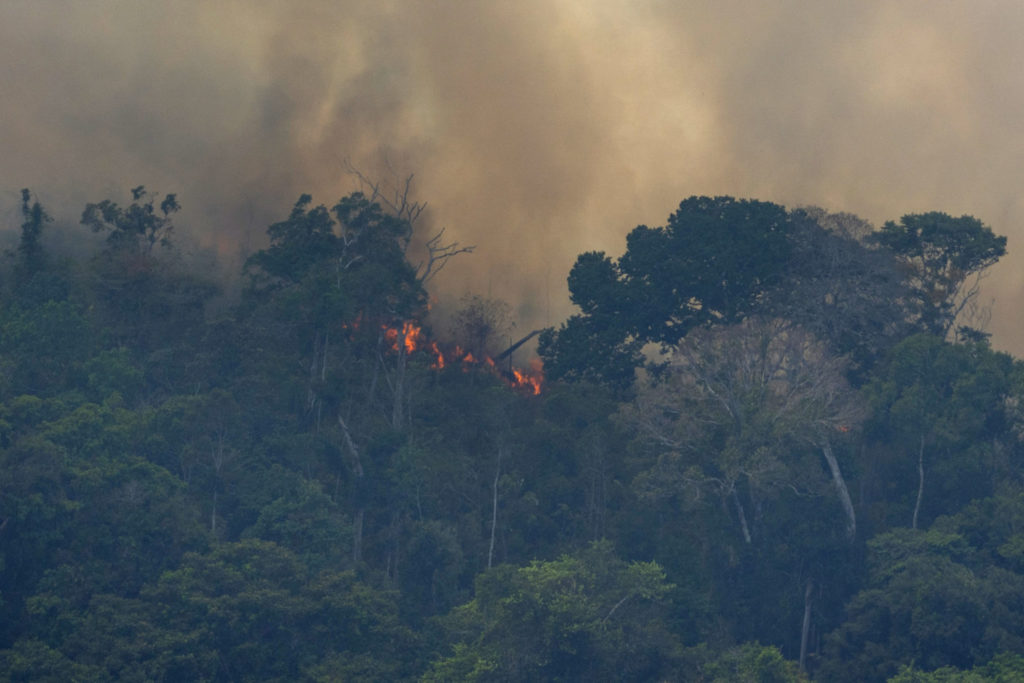 But Brazil's right-wing president sees the area as crucial for his country's economic development and has previously vowed to open it up to mining, logging and agriculture.

Some accuse him of encouraging deforestation.

Mr Bolsonaro could find that the world's displeasure spills over into trade policy, with France now opposing the EU's trade deal with South American nations including Brazil.

France has joined Ireland in warning that it will oppose the Mercosur-EU trade deal, unless Brazil takes action to stop the fires.

But the Brazilian government says European countries are exaggerating the problem, with Mr Bolsonaro saying: "It's not easy to fight deforestation - our Amazon area is bigger than all of Europe."

Fires are common during the dry season, but this year they have been particularly widespread and numerous: there have been nearly 77,000 in 2019 so far - up 85% from the same period last year.

Just over half of these have been in the Amazon.