Brazil has banned burning throughout the country for the dry season in response to the fires ragi...

Brazil has banned burning throughout the country for the dry season in response to the fires raging through the Amazon rainforest.

It comes in the wake of international outcry over the fires and increasing diplomatic tensions with Europe.

Brazil's INPE National Institute for Space Research has detected nearly 85,000 fires throughout the country this year.

It marks a 75% increase on last year and the highest number since 2010.

President Bolsonaro has faced intense criticism over the situation - with conservationists warning that his moves to weaken environmental safeguards have encouraged farmers and industry to significantly increase deforestation and set fires more aggressively.

The burning ban will remain in place for 60 days and will only allow fires to be set in specific cases, where they are authorised by the country's IBAMA environmental agency.

The agency will be allowed to issue burn permits in order to prevent larger fires, fight disease and, in the case of indigenous peoples, for subsistence agriculture.

It comes as amid reports that President Bolsonaro has cut a quarter of the environmental agency's funding since taking office in January.

Reuters reports that, as part of the cuts, funding for the prevention and control of forest fires was reduced by 23%. 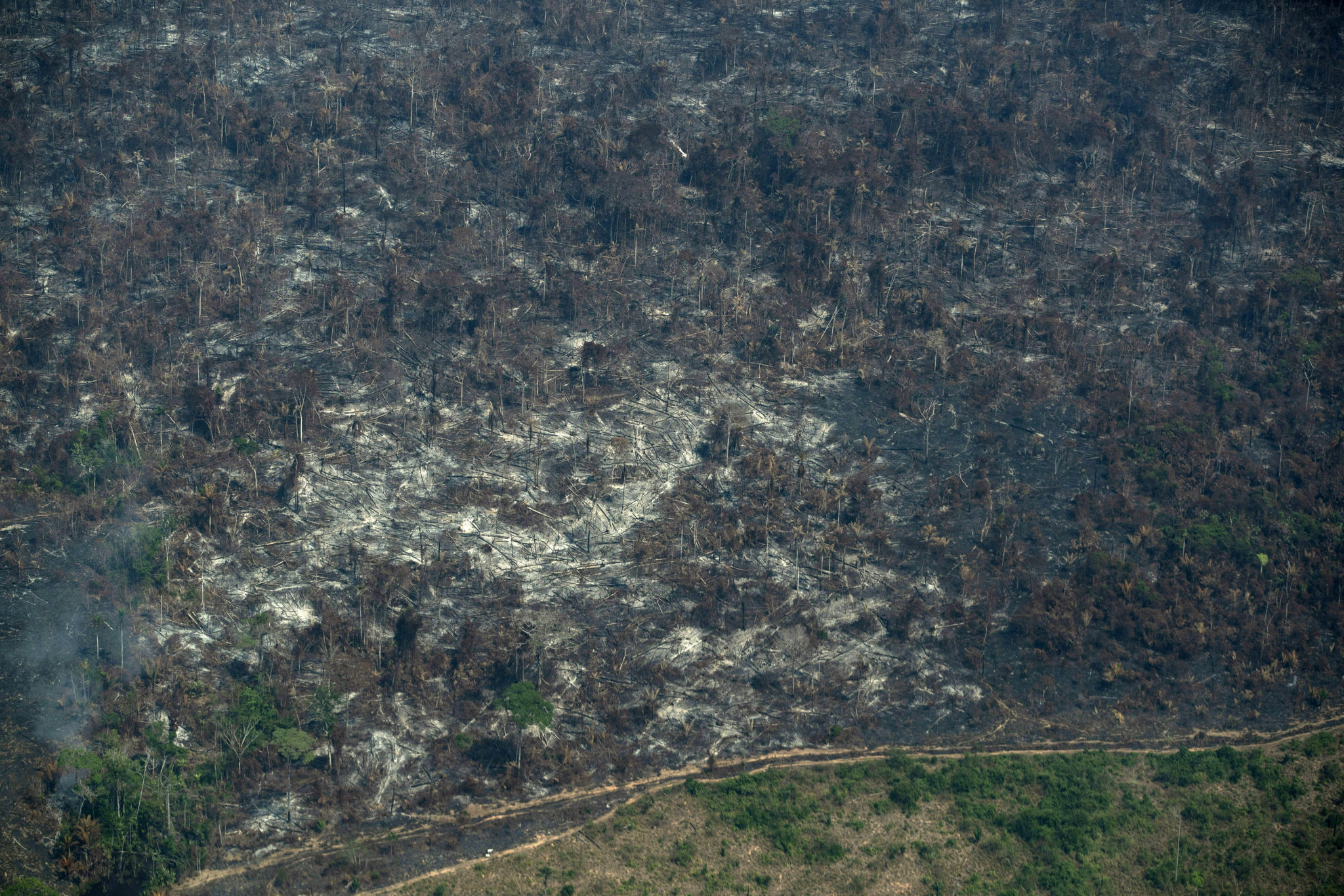 A scorched area of the Amazon rainforest is seen in the Biological Reserve Serra do Cachimbo in Para state, Brazil, 28-08-2019. Image: Leo Correa/AP/Press Association Images

Former and current IBAMA employees told the news agency that new management had made it harder to crack down on illegal farming, logging and mining.

The agency's elite environmental police force, established five years ago, has largely been confined to desk duty since Bolsonaro came to power.

Meanwhile, the number of environmental fines issued has dropped by nearly 30% compared to last year - with their value falling by 43%.

Earlier this year, INPE warned of a massive increase in destruction of the Brazilian rainforest in 2019 - with 88% more deforestation recorded in June than in the same month last year.

The fires have led to a diplomatic spat between President Bolsonaro and French President Emmanuel Macron.

President Macron accused his Brazilian counterpart of lying about his commitment to environmental policies and warned that he would block the Mercosur trade deal between the EU and a number of South American countries unless Brazil took action to tackle the fires. 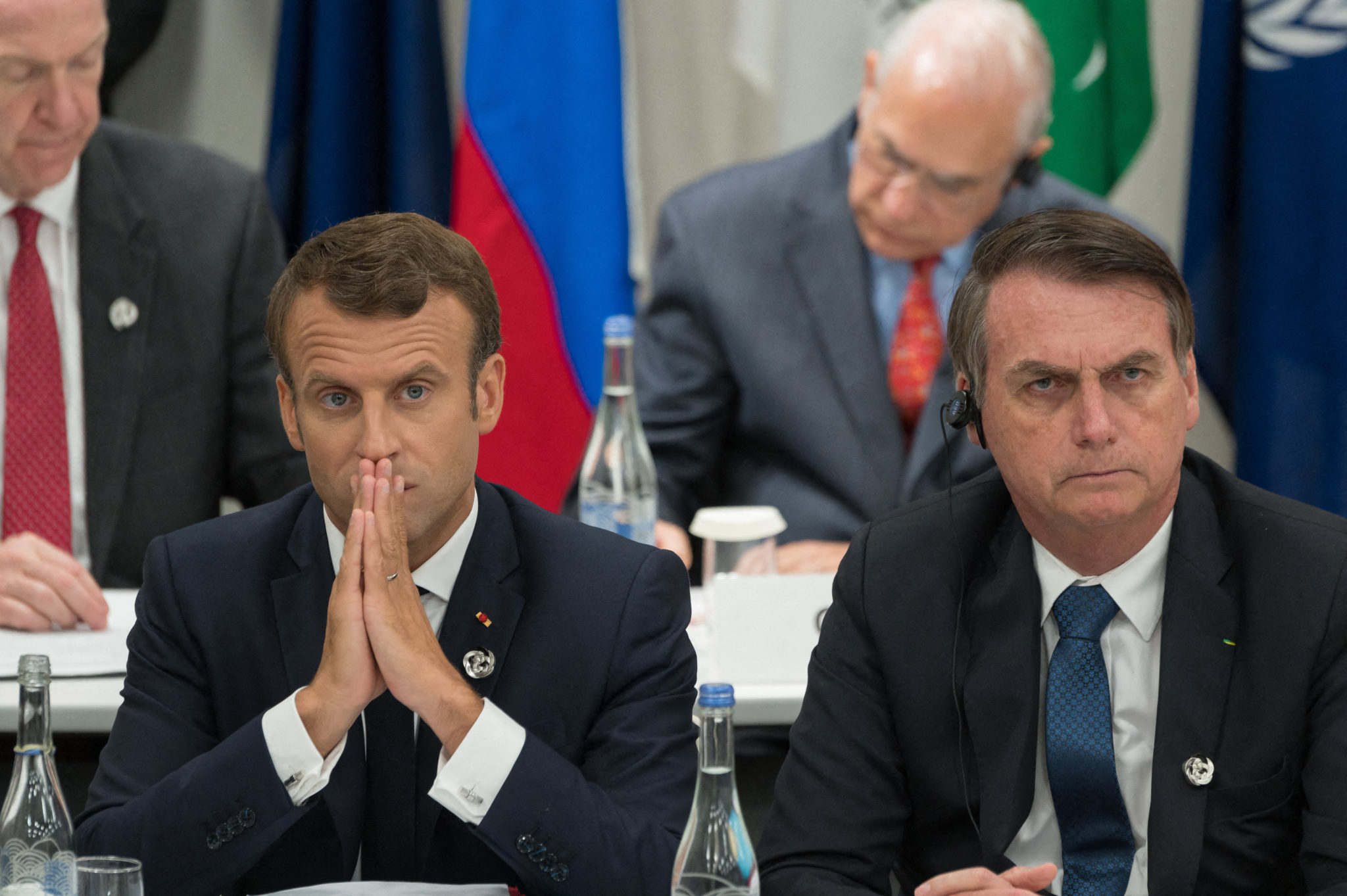 Brazil then initially rejected an offer of aid from the G7, with President Bolsonaro saying the French President must "withdraw his insults."

The spat got personal after President Bolsonaro appeared to mock President Macron's wife on Facebook.

Mr Macron said the attack was "extremely disrespectful" and "sad."

Brazil has since said it would accept the G7s offer of US$20m (€18m) in aid to battle the wildfires, provided it retained total control over how the money is spent.