Irish Water has said it will be Thursday at the "very" earliest before the boil water notice affe...

Irish Water has said it will be Thursday at the "very" earliest before the boil water notice affecting 615,000 people in Dublin, Kildare and Meath can be lifted.

Senior officials from the utility are appearing before the Oireachtas Housing Committee this afternoon.

It said the heavy rains led to unacceptable levels of turbidity (cloudy water due to suspended particles levels) ion the source water. 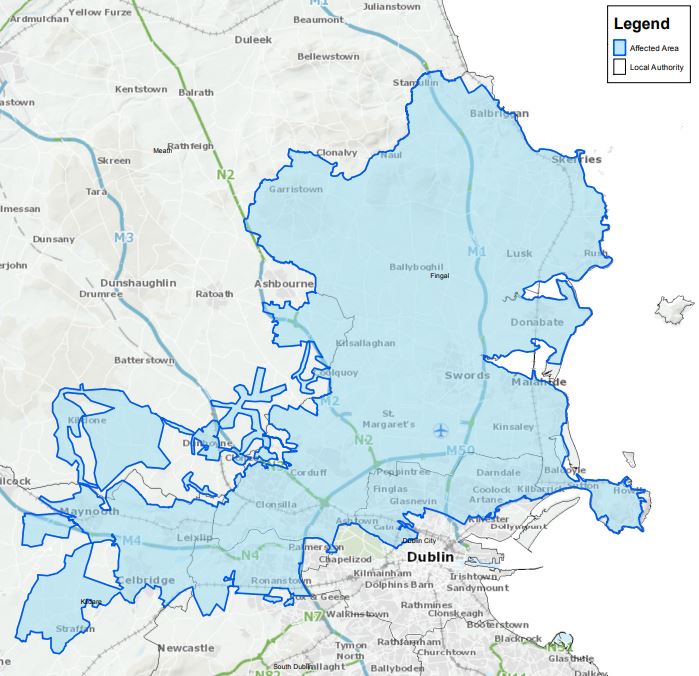 This afternoon, officials told the Oireachtas that the earliest the notice could possibly be lifted is Thursday.

“When I left the crisis management centre this morning, that was the information – that the levels were still above where we would like them to be,” he said.

“We are still waiting for the plant to improve. We are carrying out testing at the moment and hopefully the turbidity levels of the water will drop in the meantime and the plant will start to produce clear water.”

A new water treatment plant was recently completed at Leixlip and Irish Water said there were no issues at this facility, "where the level of turbidity was managed by the newer technology on site.”

It said operators at the old plant, which still produces 20% of drinking water for Dublin, "reacted quickly" to shut it down before the cloudy water could enter the network.

However it said it was then forced to restart production,"otherwise significant restrictions and outages would be inevitable."

"As Irish Water cannot guarantee the quality the water from the old plant, a boil water notice is now in place," it said.

Eamon Gallen is Irish Water's general manager: "Irish Water acknowledges and apologises for the impact and inconvenience caused by this boil water notice to homes and businesses.

"We are very disappointed that a boil water notice has to be imposed again but as we outlined the last time, our number one priority is the public health and the safety and well-being of our customers.

"The choice we were faced with was customers having a severely restricted water supply for a long period of time or having water for sanitation purposes such as showering and flushing of toilets.

"We were left with no option but to resume production at the old plant in the knowledge that a boil water notice would then be necessary."

As with the last 'boil water' notice, approximately 600,000 people are impacted.

Irish Water says it is in the process of contacting registered vulnerable users in the areas.

People who have any queries regarding this boil water notice can contact Irish Water directly on 1850-278-278.