“The banks have made enormous profits"

The banks need to repay the Irish people by ‘taking one for the team’ and absorbing the new ECB interest rate hike on behalf of home-owners, according to Ciara Kelly.

The Newstalk Breakfast presenter said the European interest rate hike has put the ‘cold grip of fear’ in her heart for the first time since the crash.

The European Central Bank is this morning raising interest rates for the first time since 2011.

Ciara said the news will push many families towards breaking point.

“This is the first time I think since the crash that I have felt the cold grip of fear in my heart from a sort of financial point of view because I know, like everybody else, the bills have gone up, the groceries have gone up, the petrol has gone up in the car and now the mortgage is about to go up,” she said.

“I think, like a lot of people, you’re kind of going, at what point do we break?

“At what point do we just not have enough money - even as somebody well paid - to live our lives and feed our families and do all this?”

The change will largely impact on people who are lucky enough to own their own homes.

Mortgage holders on tracker rates will automatically see and increase while those on standard variable rates will likely see them over time.

Those on fixed-rate mortgages should not see any change in their payments for now.

“The banks have made enormous profits,” said Ciara.

“Bear in mind, when we bailed them out, we were told we had a symbiotic relationship with them. We needed the banks and the banks needed us.

“Well, if they need us, we took one for their team, I think it is time for them to take one for ours.”

She said Bank of Ireland made pre-tax profits of €1.4bn last year, while AIB made €645m in profits after tax.

“These are eye-watering sums,” she said. “The banks can afford to absorb some of this. The people have done the heavy lifting for the banks, and I would suggest they can absorb this for us.” 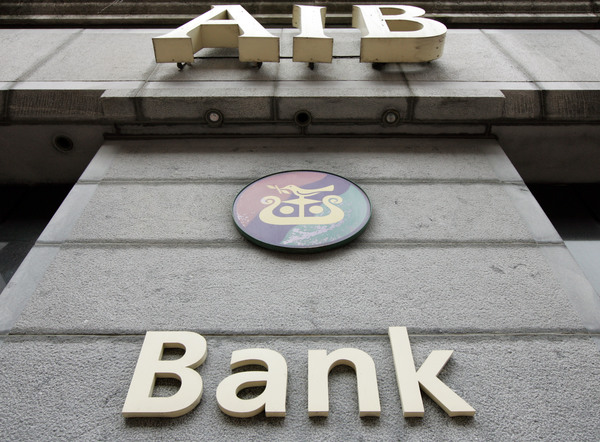 Vincent Wall warned that while banks are making profits, they have to do so in order to keep Irish pension funds in profit.

"I do think some of the banks will absorb these interest rate increases on variable mortgages for some time for competitive reason - particularly those who are charging a little bit more on variable rates, like PTSB and Bank of Ireland – but these rates are going to continue going up for the next year and half to try and combat inflation.

“There is no way the banks are going to absorb that long term. They are businesses, they have to make a set return on capital.

"People are at their limits"

Ciara said she accepts that they’re businesses – but something’s got to give.

“The bottom line is this,” she said. “The people are in trouble and the banks have wriggle room here.

“The Government has influence here - it can’t compel anyone but it has influence - and it’s my view that the banks should suck some of this up because unfortunately, people are coming to their limits.”

OK Boomer? There are now real cultural difference between generations