With Revolut entering the Irish banking scene just as Ulster Bank and KBC eye the exit door, this...

With Revolut entering the Irish banking scene just as Ulster Bank and KBC eye the exit door, this year will see big changes in the current account options on offer.

On Lunchtime Live this afternoon, Newstalk presenter Sinead Ryan said Irish banks have a range of different offerings when it comes to fees and charges.

She said some banks charge a flat fee every month no matter how many transactions you make, while others charge a lower flat fee but charge for each and every transaction.

She also warned that, while most banks don’t charge for contactless payments – but they will charge for chip and pin.

“So, if you’re asked to put in your card and put in you pin number, there can be charge for that,” she said.

“If you take money out of the ATM there is a charge for that and they all just rack up bit by bit by bit so that, over the course of about three months, you can see those charges coming in and it can be more than you think.”

Here’s your list of all the standard bank accounts on offer in Ireland – with a breakdown of the maintenance and transaction fees you can expect when you sign up.

Bank of Ireland charges a flat fee €6 per month on its current account, with no extra fees for day-to-day transactions.

The fees work out at €72 per year and are charged on a monthly rather than quarterly basis.

PTSB charges €18 every quarter for its Explore Account, with no extra fees for day-to-day transactions.

The bank also rewards customers with 10c back every time they use their debit card. The reward is capped at €5 per month.

The fees work out at €72 per year and are charged on a quarterly basis.

It has entered into a legally binding agreement to sell “substantially all” of its performing loan assets and liabilities to Bank of Ireland.

While it is still allowing customers to open bank accounts, it is warning them that should the deal get regulatory approval they may have to switch or close them.

In the meantime, the bank is charging a quarterly maintenance fee of €6 – which is waived if customers keep €3,000 in their account at all times.

There I also a 30c fee for every ATM withdrawal.

While not all credit unions offer current accounts, those that do charge €4 per month (€48 per year).

They also charge 50c per ATM transaction once you carry out more than five in one month.

There is also a 2% charge for using your card outside the Eurozone – with the fee capped at €12.

Fees are charged on a quarterly basis.

An Post charges €15 per quarter (€60 per year), as well as fees for certain transactions.

Revolut just last week began operating as a bank in Ireland, with deposits of up to €100,000 protected under the Deposit Guarantee Scheme.

There are no monthly charges on the Standard Revolut Account, but there are some fees for ATM withdrawals.

You can withdraw up to €200 per month in up to five ATM transactions for free. After that there is a fee of either €1 or 2%, whichever is higher, on withdrawals.

The company will launch banking products including loans and credit cards in the coming weeks.

Another online offering that is now operating in Ireland is N26, which has a German banking licence.

The only admin fee is a €2 charge for ATM withdrawals if yo udo it more than three times in a month.

The company also charges a once-off €10 for its debit card.

There are no overdrafts but you can set up direct debits 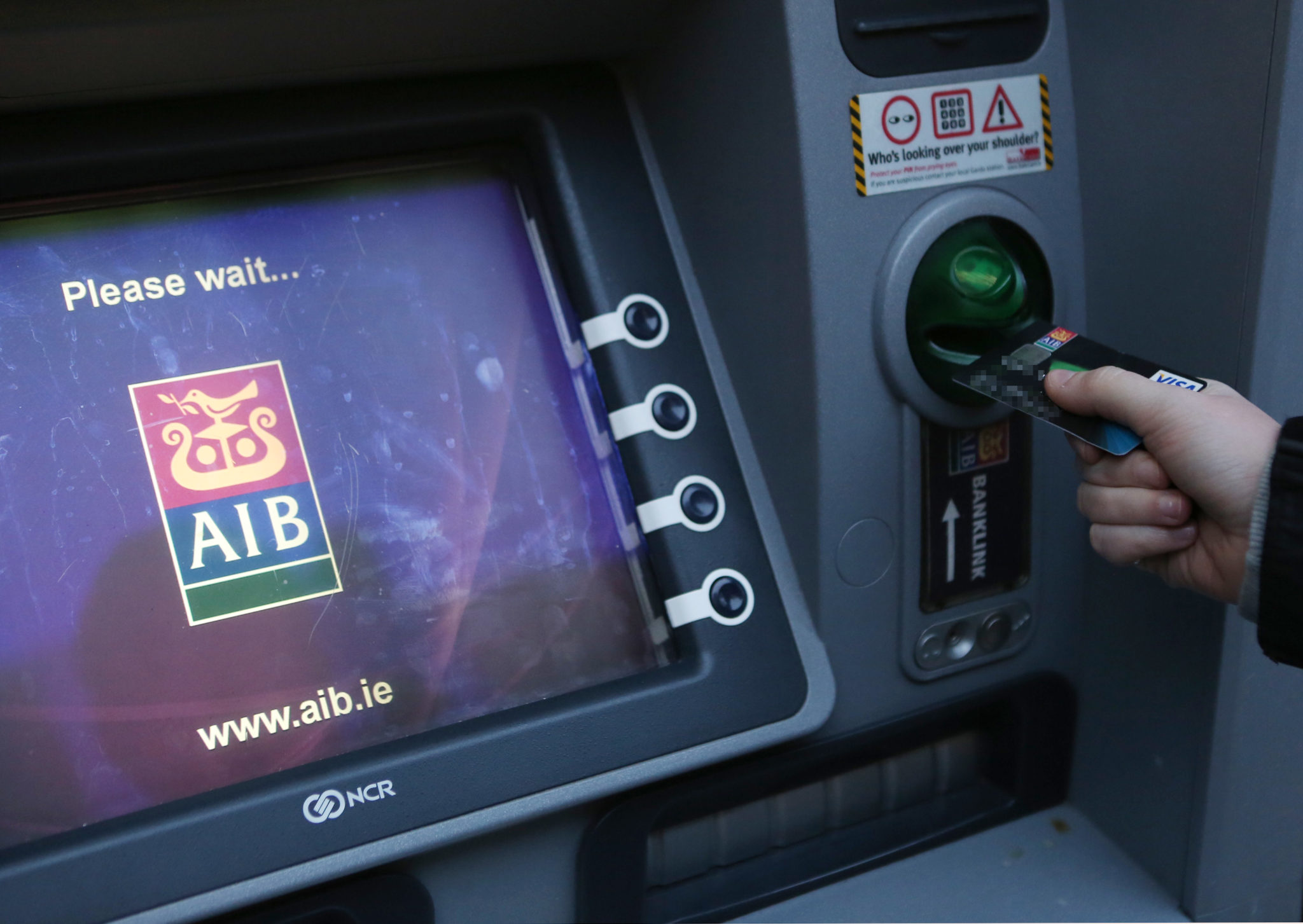 Sinead said anyone who is hit by high quarterly fees should get back on to the bank and request a full breakdown of everything they were charged for.

“They must give you a breakdown of how those fees are calculated and you might find there are additional charges,” she said.

“For example, sometimes charges can rack up – it’s not the everyday stuff we are doing, like the ATM or tapping the card but it could be something like a direct debit that was returned, or maybe you tapped into an unauthorised overdraft.

“That would be very, very common for people living on a limited budget.”

You can listen back to Sinead Ryan here: