Ballymaloe Relish to be distributed across Australia

The makers of Ballymaloe Relish have struck a deal for the product to be distributed across Australia.

Cork-based Ballymaloe Foods was set up in 1990 and started with its famous relish.

The family company has since expanded into areas such as pasta sauces and salad dressings.

The firm says its relish product will be sold across 120 Cole stores in Australia from May 25th.

Coles is an Australian supermarket, retail and consumer services chain - which has more than 2,500 outlets nationally. 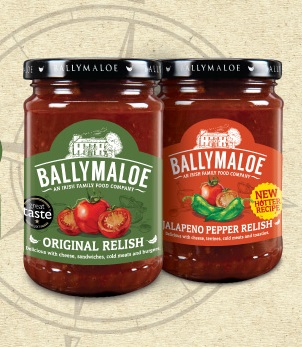 Maxine Hyde is the general manager of Ballymaloe Foods.

She told Breakfast Business how this all came about.

"We've a very well established importer in Sydney called Taste Ireland, who would be the main importer of Irish products out to Australia.

"For a long time they have imported our product and they've sold it on their website or they sell it to Irish pubs or small, independent British/Irish stores across Australia.

"And working with Taste Ireland... we've worked together to approach Coles and convince them that there's enough demand across Australia for Ballymaloe Relish".

She says the campaign will target the Irish community there to begin with.

"Our market entry strategy is very much to target the Irish, the Irish people who are familiar with the product.

"As a smaller business we would not have the marketing funds to do a blanket market entry.

"We are hoping in time to further that market out and ask the Irish people to spread the word for us out there".