The Australian and New Zealand markets are "unlikely" to open to Irish travellers for the rest of...

The Australian and New Zealand markets are "unlikely" to open to Irish travellers for the rest of this year.

That is according to Emirates country manager for Ireland, Enda Corneille.

The Dubai-based carrier flies to 157 destinations, including Dublin.

Mr Corneille told Pat Kenny: "I suppose at the moment we're looking at a situation where we will operate 90% of our pre-COVID network this summer.

"Capacity's probably less than half of that - so I would say it's been a very difficult pandemic, but we've continued to fly and customers have responded to the airline and to the brand."

On the airline's pre-pandemic flights from Dublin, he says the carrier has been ramping up its Irish operations.

"We had 14 flights a week - double daily - into Dubai - and then onwards to about 150 destinations.

"We suspended operations last March for a little over a month, and we came back with two flights a week and then three.

"We're now up to five flights a week, and in fact since the Government announced the lifting of restrictions on non-essential travel we've actually seen quite a significant increase in demand.

"And it's only in the last week or so that we've actually increased our frequency to five a week.

"It's very difficult to say when we will get back to 14 a week: one of the major destinations for Irish customers on Emirates is Australia and New Zealand.

"These markets are unlikely to open certainly this year, but we would be hopeful we would get to daily quite soon".

But he says they are "increasingly optimistic" that people are moving from considering to travel to actually committing to a booking. 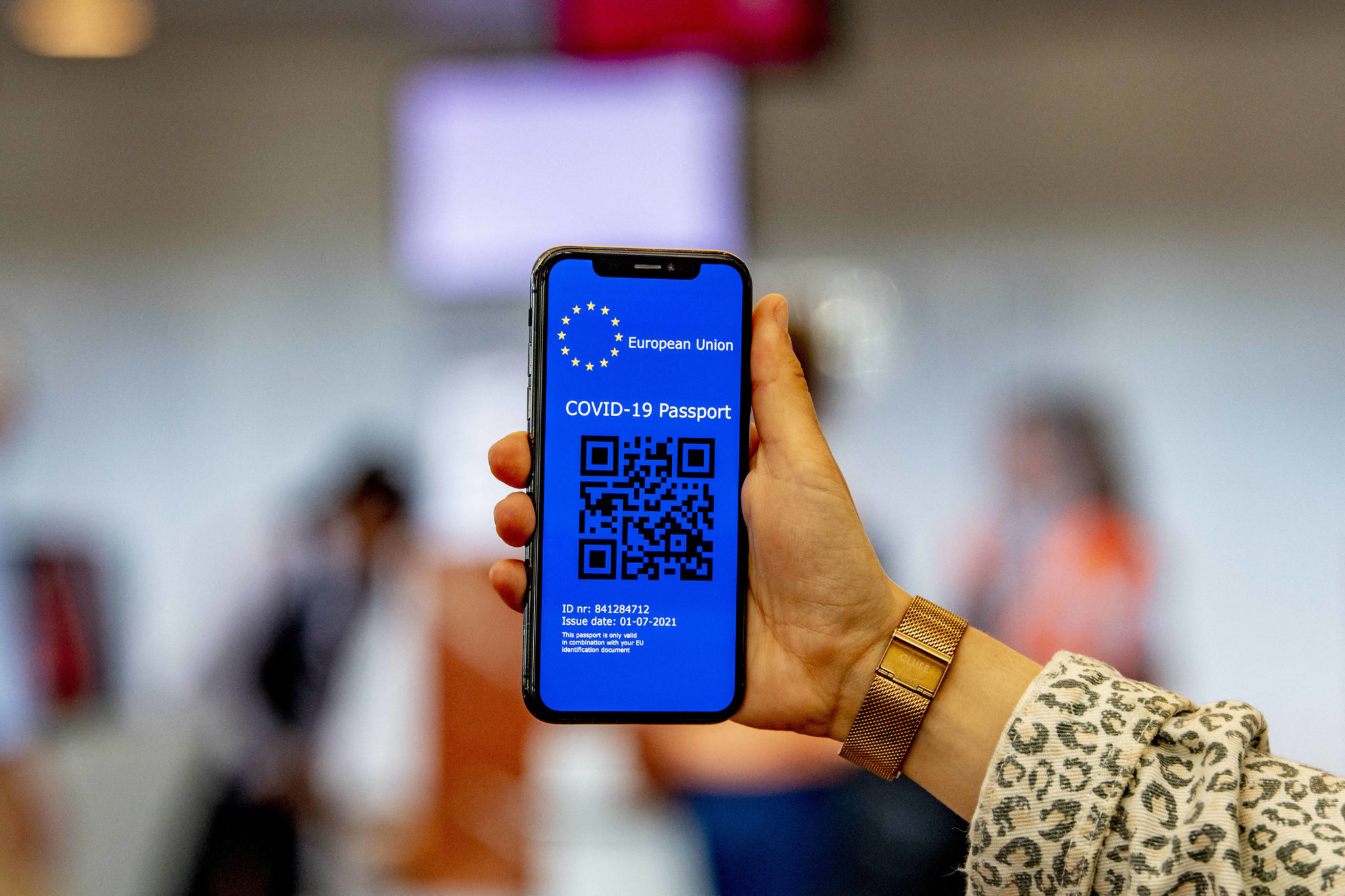 A coronavirus passport with a QR code on a mobile phone at Rotterdam Airport, Netherlands. Picture by: Utrecht Robin/ABACA/ABACA/PA Images

On the EU Digital COVID Certificate, he says it will not benefit Emirates directly but will boost overall confidence.

"The cert will give confidence to people to travel.

"We want people to go to the airport... tell their friends.

"If people see other people travelling, hear about people's experiences, that will build confidence in them.

"So while the Digital Cert doesn't specifically help us [in] Dubai, if it means people begin to travel we will certainly be a beneficiary of that.

"I'm very confident that once we pass that [July 19th] milestone and people begin to travel, people will be as interested in going to Dubai as they will be to the Canaries - it's probably two or three more hours on the aircraft.

"So I think it'll benefit all of us".

Main image: A man takes a photo of Sydney Opera House during 'Vivid Sydney' celebrations in Australia in May 2016. Picture by: Hugh Peterswald/SIPA USA/PA Images