A lot of families are planning for, and worried about, back-to-school costs in September.

She says prices will rise on account of inflation and the cost of living.

"That's absolutely huge: 29% of parents report that they going into debt, they're borrowing to find those costs.

"And that is definitely going to be a feature this year".

But Sinead says there is some good news too.

"The Education Minister Norma has said she's scrapping transport fees for the families who qualify for school transport.

"I hope that will be some respite for people".

Sinead says there can be alternatives as well.

"A lot of schools organise things like walking buses, which can alleviate traffic and also get kids to school safely.

"So I'd encourage people to get involved and see what their schools have available. 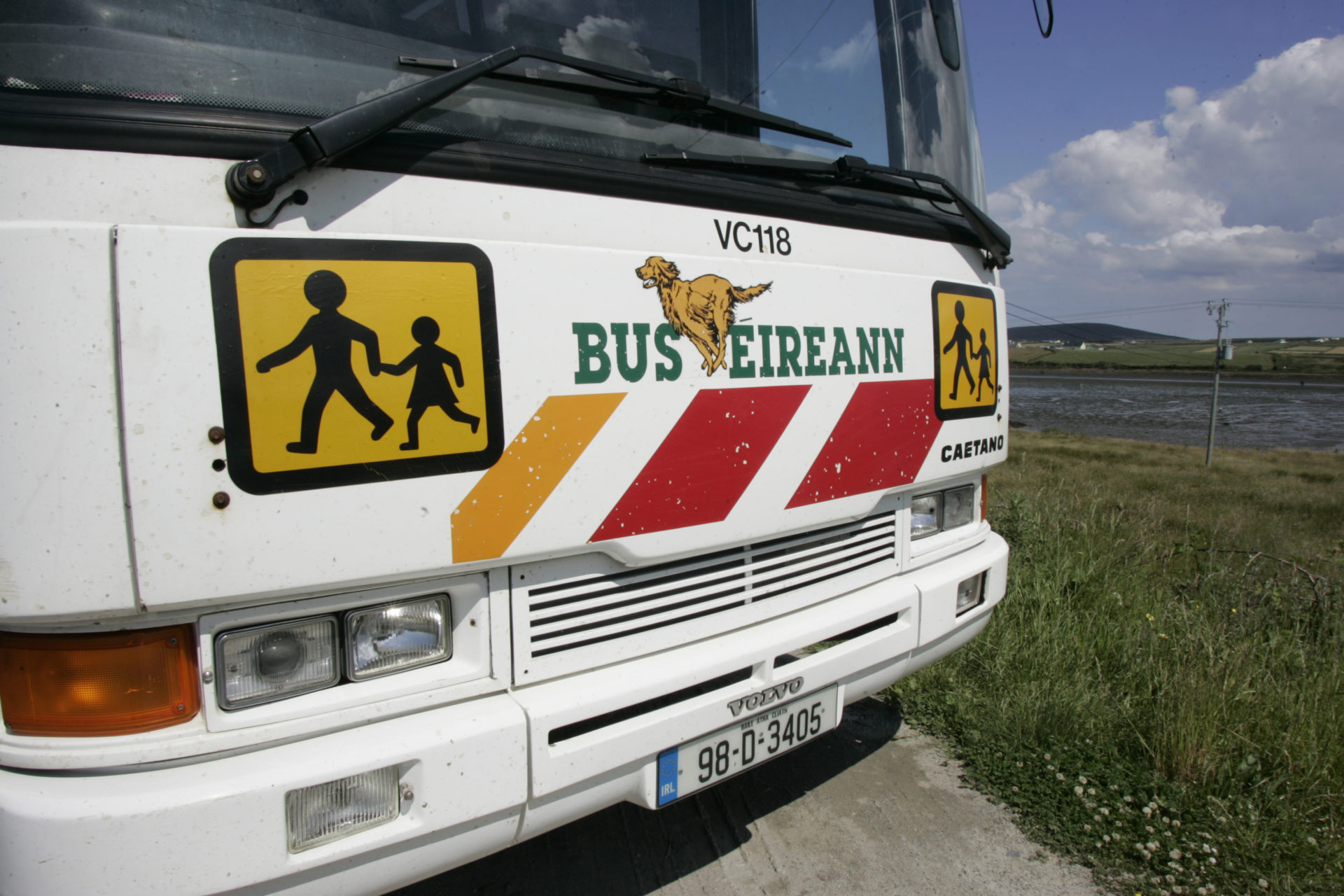 "For all the time my children were in school, I bought crests separately.

"I got them directly from the manufacturer - they're about €3 or €4 - and had them sewn on professionally.

"Nobody ever kicked up a fuss - if they did, do you know what, tough.

"Political careers have been forged on less than getting involved at parents associations and councils and all that kind of thing.

The back-to-school clothing and footwear allowance is going up.

The means-tested funding will increase by €100 per child: €260 for primary students and €385 for secondary pupils.

"Anyone who qualified last year will automatically get that.

"But if you think you may qualify, it is worth getting in touch with the Department of Social Protection... and see if that is the case.

"Alternatively your local TD, your local health centre, Citizens Information, will all be able to help you with that".

"In DEIS schools in particular, there's an expansion to include an additional 60,000 children from September in the School Meals Programme.

"So it may be worth inquiring whether your school has that facility available".

"All schools now have been given resources, for many years, to have a book rental scheme in place.

"If your school doesn't have one, I would be absolutely asking them why not.

"A lot of the time it comes down to just not having people to run it... and that's really parents.

"If you must buy them.... getting them second-hand, in good quality, is a really good way.

"Schoolbooks.ie, openingminds.ie or even on DoneDeal - or in your local community, where you have kids leaving the school system who are leaving behind books." 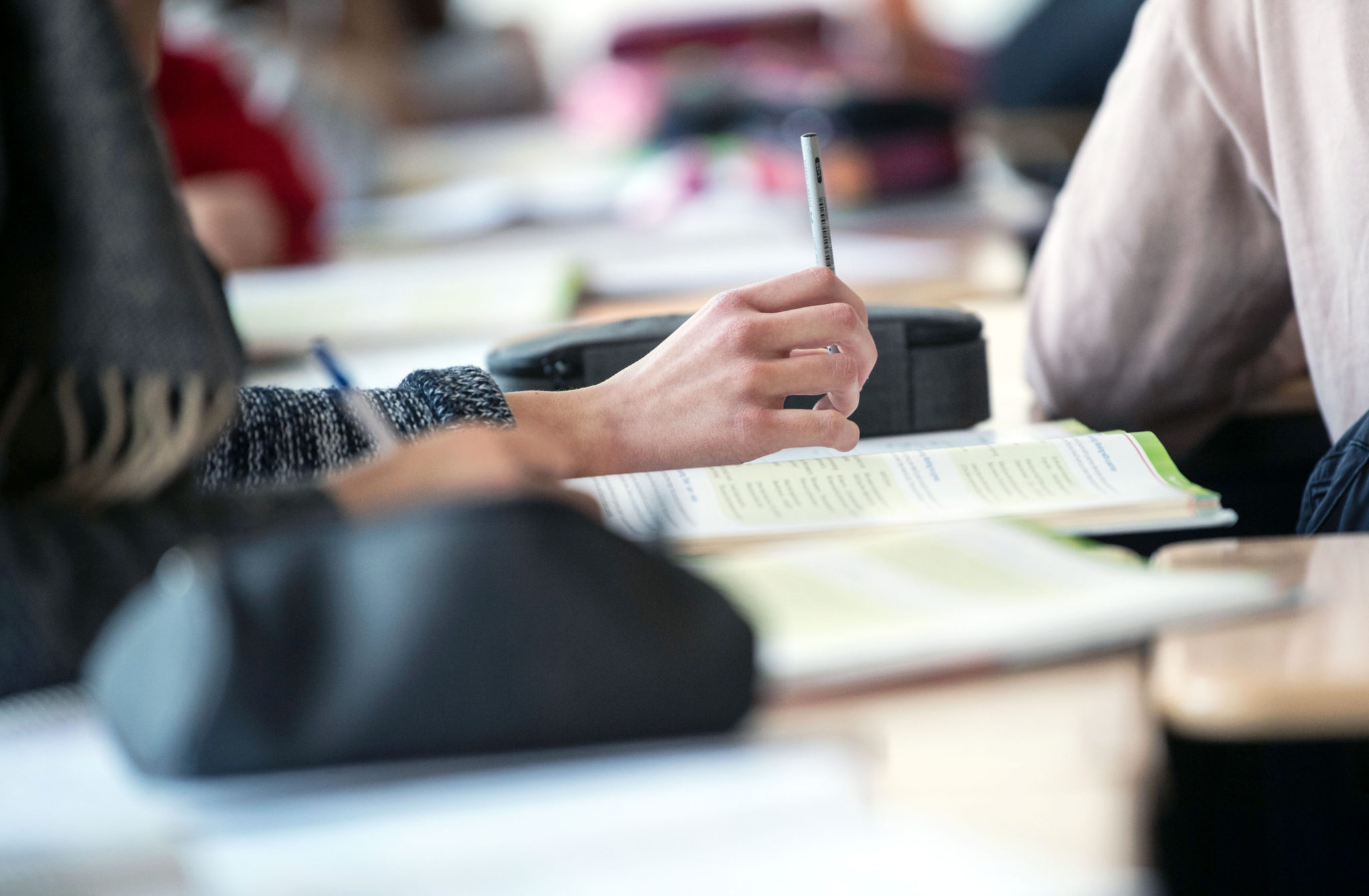 Students sitting in front of their exercise books in a classroom in January 2020. Picture by: Marijan Murat/dpa

"The refurbished computer laptop is actually a great trick here.

"And there's lots of companies and indeed shops where you can get refurbished - perfectly good, very serviceable - school-based products.

"I think honestly for a lot of parents, I think this is going to be the year where staggered payments for things have to be tolerated by schools.

"Whether it's the euphemistic voluntary contribution, whether it's for art and printing supplies, school trips.

"Approaching your principal and saying 'Look, I cannot afford this upfront in September... can I pay it between now and Easter?'

"I've yet to meet a principal who wouldn't at least be empathetic towards hearing that.

"And it might just alleviate that, at a time when we are going to have so many other expenses coming into the wintertime".