A 14-month-old baby is among six people who were killed after Israel launched a major offensive in response to rocket fire in Gaza.

Israeli police said one man died after Palestinian militants fired around 250 rockets over the border into Israel on Saturday.

One man died after one of the rockets came down on his home in the coastal city of Ashkelon.

The country’s armed forces responded with airstrikes and tank-fire – with a pregnant mother, her young child and a number of others killed. 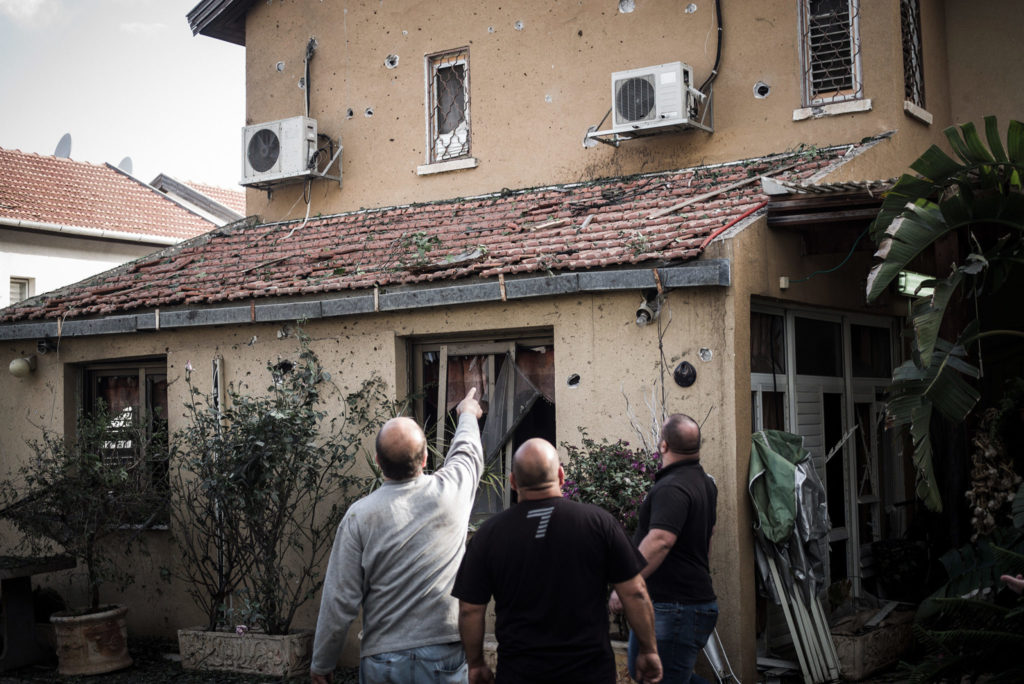 People inspect the damage at a house that was hit by a rocket at Ashkelon in Israel, 05-05-2019. Image: Ilia Yefimovich/dpa

Ceasefire talks broke down on Friday after the Israeli military said a sniper fired at soldiers across the border wounding two of them.

Just after 10am this morning, Israeli Prime Minister Benjamin Netanyahu ordered the military to press ahead with “massive attacks” and said he increased the military presence along the border.

He accused Hamas of perpetrating Islamic Jihadi attacks and said the group would “pay a very heavy price.”

The Gaza health ministry said a pregnant mother and her 14-month-old baby were killed in the air strikes on Saturday and at least 13 other Palestinians were injured.

Children were forced to evacuate from several schools in the area as the bombs fell.

The violence comes less than two weeks before the Israeli city of Tel Aviv hosts the Eurovision song contest.

There have been calls for Ireland to boycott the show in protest over Israel’s illegal occupation of Palestinian territories. 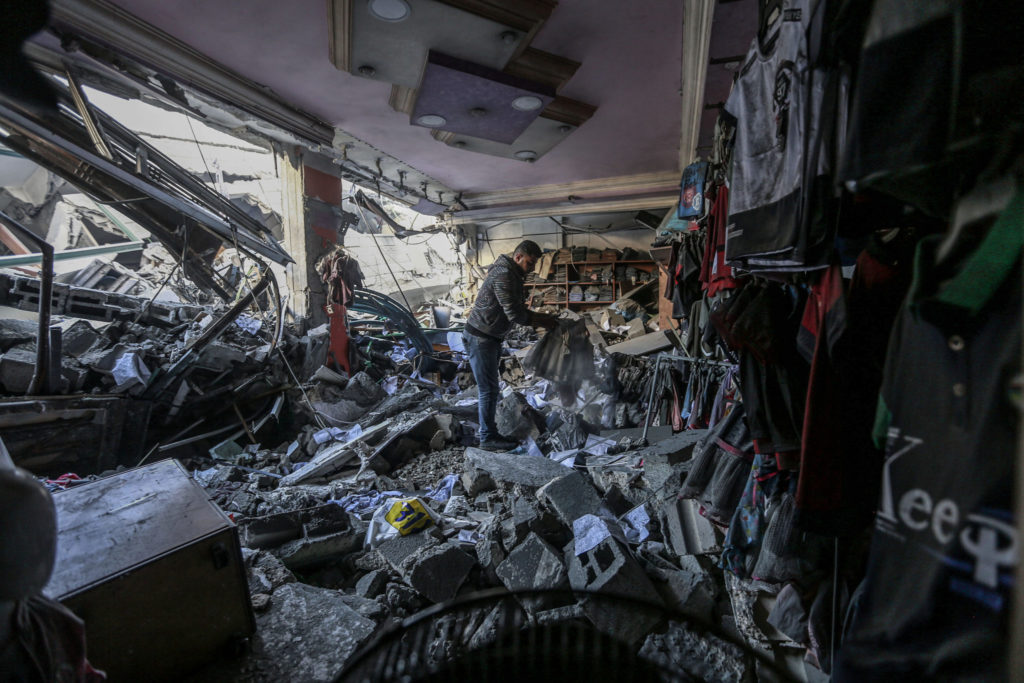 A man inspects the damage at a shop after it was hit by Israeli air strikes in Gaza City, 05-05-2019. Image: Mohammed Talatene/dpa

Tel Aviv was targeted by long-range rockets in mid-March but organisers hoped that the annual competition would be held amid a period of peace.

Leaders from Hamas and the smaller armed faction, Islamic Jihad, have been in Egypt for ceasefire talks and the discussions were thought to be on track.

Israel and Egypt have maintained a crippling blockade on Gaza since Hamas seized control of the territory in 2007 – but after heavy fighting in late March, Israel agreed to ease the blockade in exchange for a halt to rocket fire.

Tensions escalated in recent says amid allegations Israel had been slow to follow through on the terms of the ceasefire.

Thiago ruled out of Bayern Munich's trip to Borussia Dortmund