Parents who expose their babies to screens risk damaging their eyesight, one of Ireland’s leadi...

Parents who expose their babies to screens risk damaging their eyesight, one of Ireland’s leading optometrists has warned.

Ever since television became widespread, parents have plonked their children in front of TVs, then tablets or phones in order to distract them and allow themselves a few minutes of peace.

However, scientists are increasingly of the view that this is harmful for the youngest of children:

“Studies show that children under the age of two should not be exposed to screens because that child will have a much higher risk of developing myopia or eyesight problems,” Lynda McGivney-Nolan from the Association of Optometrists Ireland explained to Newstalk Breakfast.

“To say nothing about how it’s affecting their development, their fine motor, their gross motor.”

The American Academy of Paediatrics does, however, believe that chatting to grandparents or relatives over a video call is acceptable because it is an interactive activity.

The older a child gets, the less impactful screens are on their development but Ms McGivney-Nolan says it is important that time in front of a screen is limited - regardless of age:

“As adults our risk is a lot lower because our visual system has developed,” she added.

“The younger you are, the worse it is.” 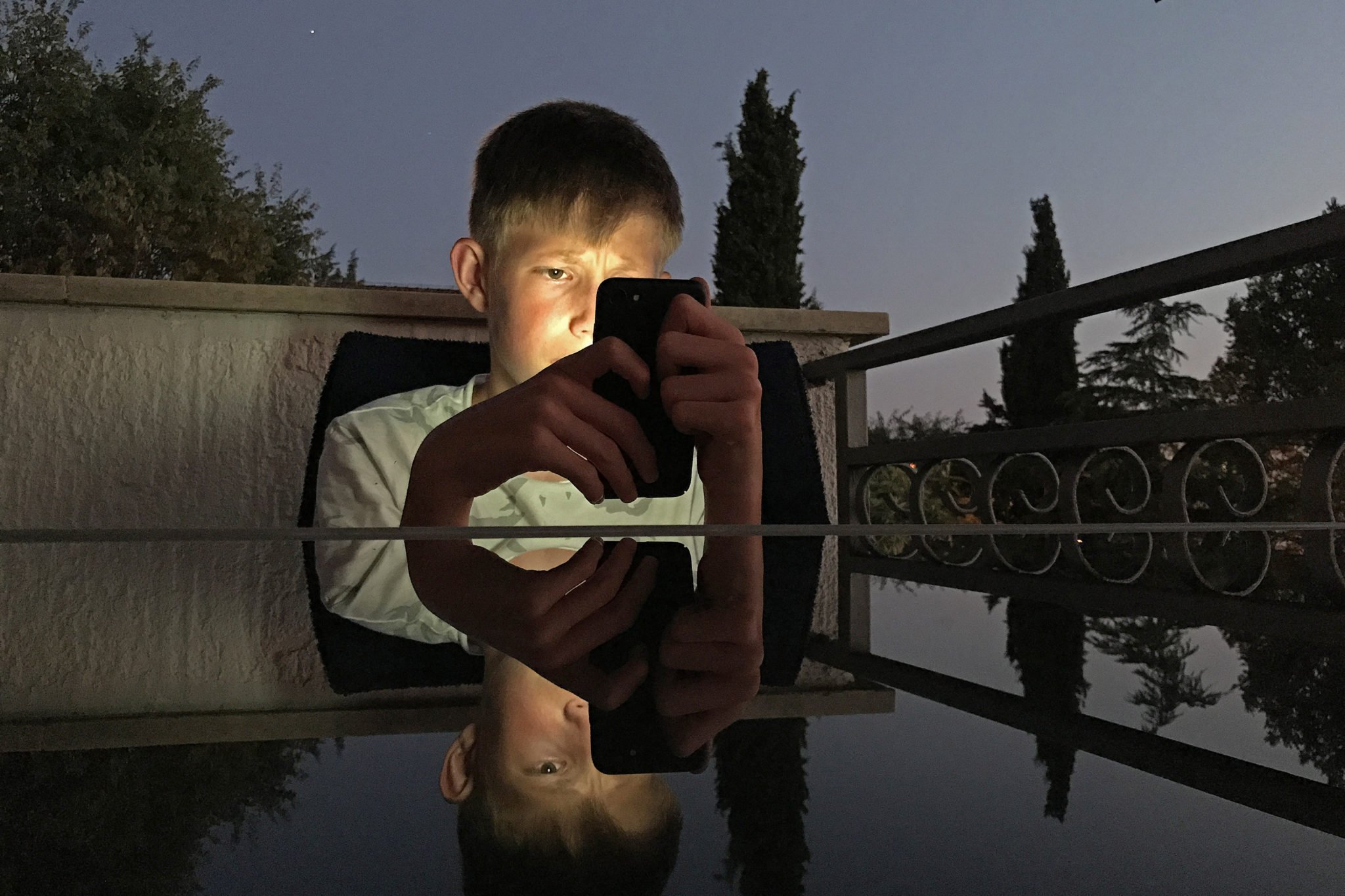 “Screens like everything have their place - this is modern society.

“I have three children, I have one in college, one doing Leaving and one in second year. They all came up through the pandemic. They have to have their screens.

“We have to put a perspective on this.”

Ms McGivney-Nolan recommends is that parents make sure their child balances screen time with plenty of outdoor activities:

“It’s a beautiful day out there, lovely blue skies here in Bray, and children should be walking to school more, they should be out more.”

Main image: Young mother and her child using a tablet. Picture by Alamy.com