At least 22 people have been killed in a Russian airstrike on a residential area in Ukraine.

Ukraine has said it has come to a 'joint understanding' with Russia to allow the evacuation of civilians as the invasion continues.

Following the latest round of talks on the eighth day of fighting, both sides have said they support the opening of humanitarian corridors.

Russia has also left the door open to a possible ceasefire.

The second round of negotiations is over. Unfortunately, the results Ukraine needs are not yet achieved. There is a solution only for the organization of humanitarian corridors... pic.twitter.com/0vS72cwYSX

It follows a further 24 hours of heavy bombardment – with Ukraine's emergency service saying 33 civilians were killed in airstrikes in the northern region of Chernihiv.

The Governor of the region has said there are no military facilities near the targeted area.

Meanwhile, local officials in the Black Sea port of Kherson say the city is now under Russian control – although that is disputed by the Ukrainian military.

More than one million people have now fled the violence in Ukraine.

According to the Northern Territorial Defense Forces, there is no military infrastructure in the nearby area, only several schools, kindergartens, and a hospital.

Meanwhile, the French President Emanuel Macron has warned that the “worst is yet to come” after holding a 90-minute call with Russian President Vladimir Putin this afternoon.

The Russian President used the call to insist his war was going to plan – and warned that Moscow aims to take full control of Ukraine by diplomatic or military means.

A spokesperson for President Macron said he told the Russian president he was making a “major mistake” and that he was “lying to himself” about how the invasion was progressing.

The official said the French president warned his Russian counterpart that his actions would leave Russia “isolated, weakened and under sanctions for a very long time”. 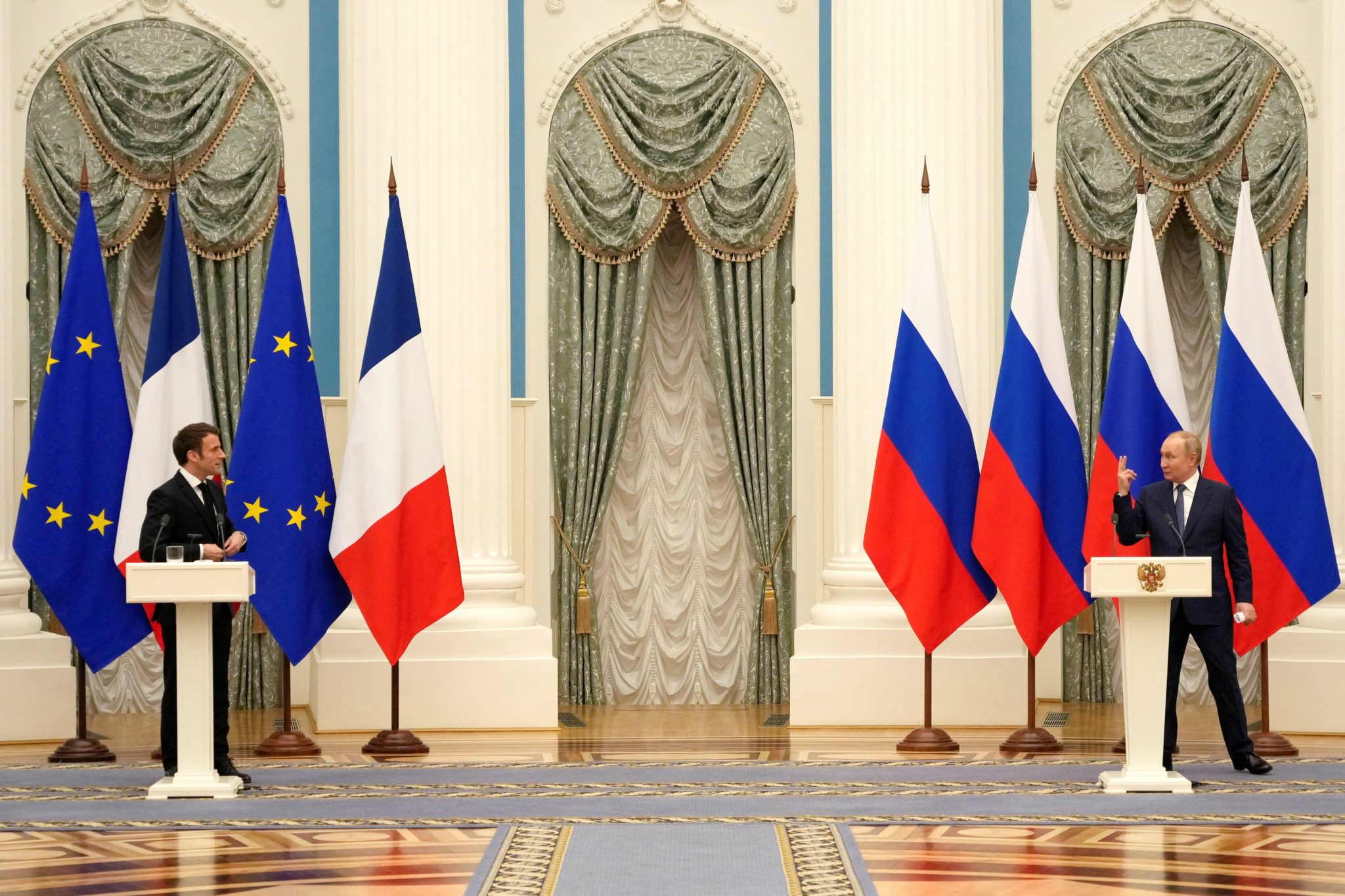 It comes as representatives from Kyiv and Moscow began a new round of talks in Belarus.

Ukrainian officials said Kyiv would be pushing for a "humanitarian corridor" and an immediate cease-fire.

The Kremlin has warned Ukraine that it must formally withdraw its bid to join NATO for the talks to progress.

In the Dáil meanwhile, the Taoiseach Micheál Martin warned that the war was likely to continue for longer than first expected.

Ministers are due to meet today to begin 'scenario planning’ for the arrival of thousands of people fleeing the invasion.

On Tuesday, the Foreign Affairs Minister Simon Coveney said as many as 20,000 people could arrive in Ireland in the coming weeks.

Speaking yesterday however, the Taoiseach Micheál Martin said it was “very possible” Ireland could be asked to take in 'multiples' of that figure.

Civilians must be allowed to leave besieged cities safely.

Russia must let our humanitarian partners deliver aid in the war zone. pic.twitter.com/f2Y6kJJImk

The Justice Minister Helen McEntee is meeting her counterparts from around Europe this afternoon to discuss activating the "temporary protection directive" – which would see people fleeing the invasion granted short-term residency in the EU.

The move would ensure Ukrainian’s fleeing the conflict can access healthcare, education and employment in Ireland.

Main image shows a room in the Rumyantsev-Paskevich Residence where talks between Russia and Ukraine were planned before they were moved to the Belarusian-Ukrainian border, 27-02-2022. image: Leila Turayanova/TASS/Alamy Live News