An Post has said people should consider shopping a few days early, to ensure they get their parce...

An Post has said people should consider shopping a few days early, to ensure they get their parcels on time.

The company opened its second automated parcel centre in Dublin on Thursday.

It is part of a €30m investment at its e-commerce campus in Dublin 12.

Garrett Bridgeman is managing director of mails and parcels at An Post.

He told Breakfast Business they have seen volume increase exponentially in recent weeks.

"There has been an increase in online shopping in Ireland for the last number of years, growing at about 30% year-on-year.

"But what's happened during COVID is that online shopping has actually increased by about 130%.

"We normally deliver about 900,000 parcels a week, but in more recent weeks we're delivering over two million parcels.

"So the volumes are huge - people have moved to buy online during this period.

"And I think what's happened in the last couple of weeks is that during the level five restrictions, retailers have had to shut their doors right at the time when they're moving into this heavy trading period in the run up to Christmas.

"It's created challenges across the entire online logistical pipeline - from warehousing, storage, packaging, truck availability even to name but a few."

But he said the company is preparing for this to continue.

"We're moving into a number of key trading weekends over the next couple of weekends."

"What we would say to customers is not to be worried about getting your online orders, but the thing is it may take a little bit longer. 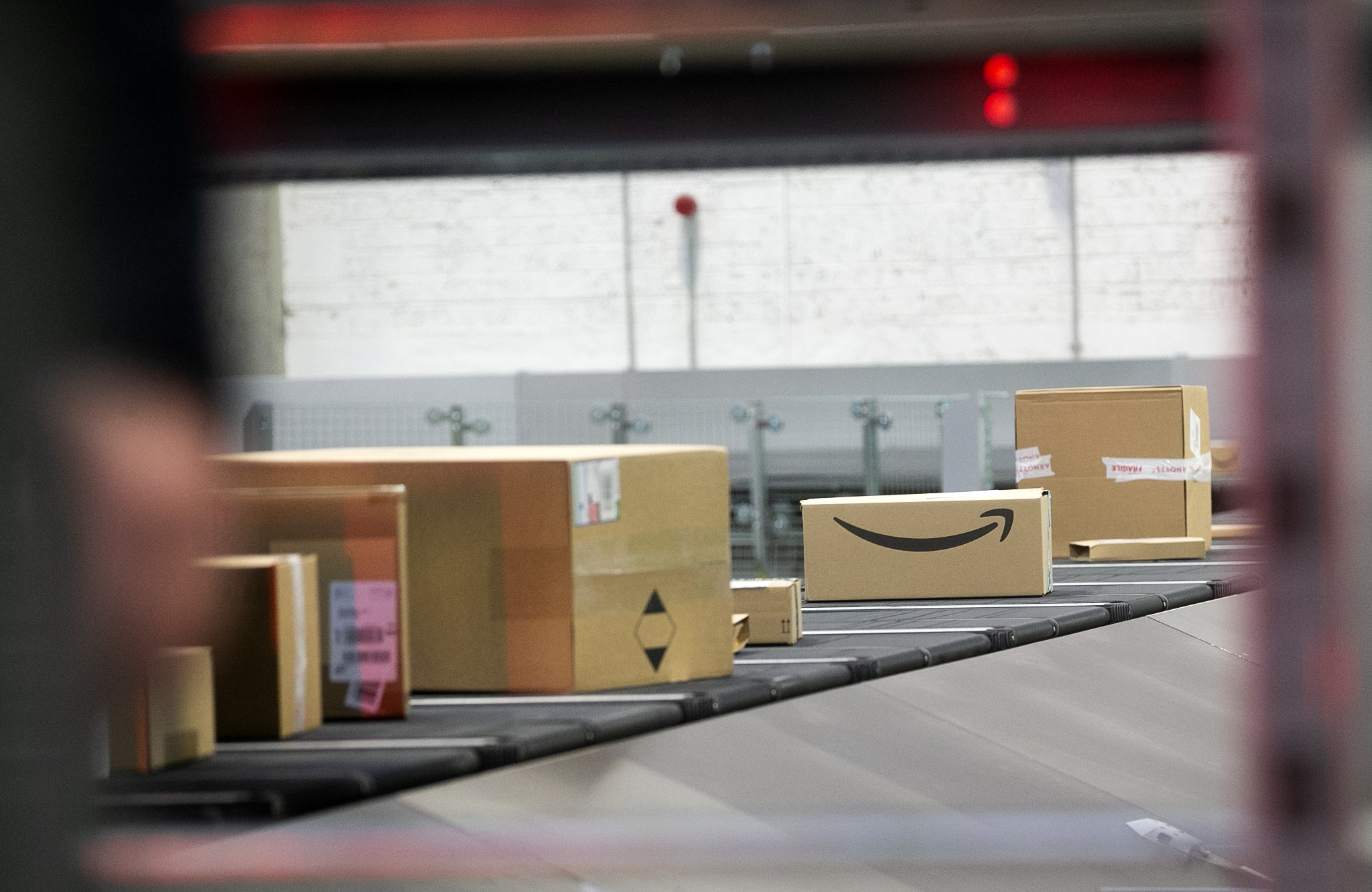 Cardboard boxes on conveyor belts for delivery at An Post's automated Parcel Hub in Dublin in 2019. Picture by: Sam Boal/Rollingnews.ie

"Our staff have mobilised like never before - but we are working in difficult conditions, our staff have to work using social distancing, different start times and all the rest of it.

"So what I would say to customers is bear with us, we will get you your mail and your parcels, don't be worried.

"But I would also say to shop early, buy Irish and be patient".

And Mr Bridgeman said An Post is ready for Brexit on January 1st.

"Effectively we've put all the operational arrangements in place to be ready for the 1st of January.

"A big part of it is actually the technology investment that we've made - so we've had to build systems which literally identify items which come from the UK and put all the rules and regulations in place around collecting customs and excise."

"The key thing is we want to make this as seamless as possible for our customers, and we think that we've done that".

He added that some retailers will build the extra customs price into the goods before you pay for them, while others will mean people will have to log online to An Post and pay with their credit card.

Main image: Cardboard boxes on conveyor belts for delivery at An Post's automated Parcel Hub in Dublin in 2019. Picture by: Sam Boal/Rollingnews.ie