Aer Lingus will operate five of the 12 regional routes impacted by Stobart Air's decision to ceas...

The airline announced it will run its regional replacement schedule "for at least the next week", while BA City Flyer will operate two routes.

Stobart Air said yesterday it was with "great regret and sadness" that it would be appointing a liquidator and ceasing operations with immediate effect.

All Aer Lingus regional flights operated by Stobart across 12 routes were cancelled, while 480 staff have been impacted by the closure.

The alternative flying options for customers who had booked flights on the regional routes will begin from today.

Plans for the Public Service Obligation routes, which operate between Kerry and Dublin and Donegal and Dublin, are still being worked out. 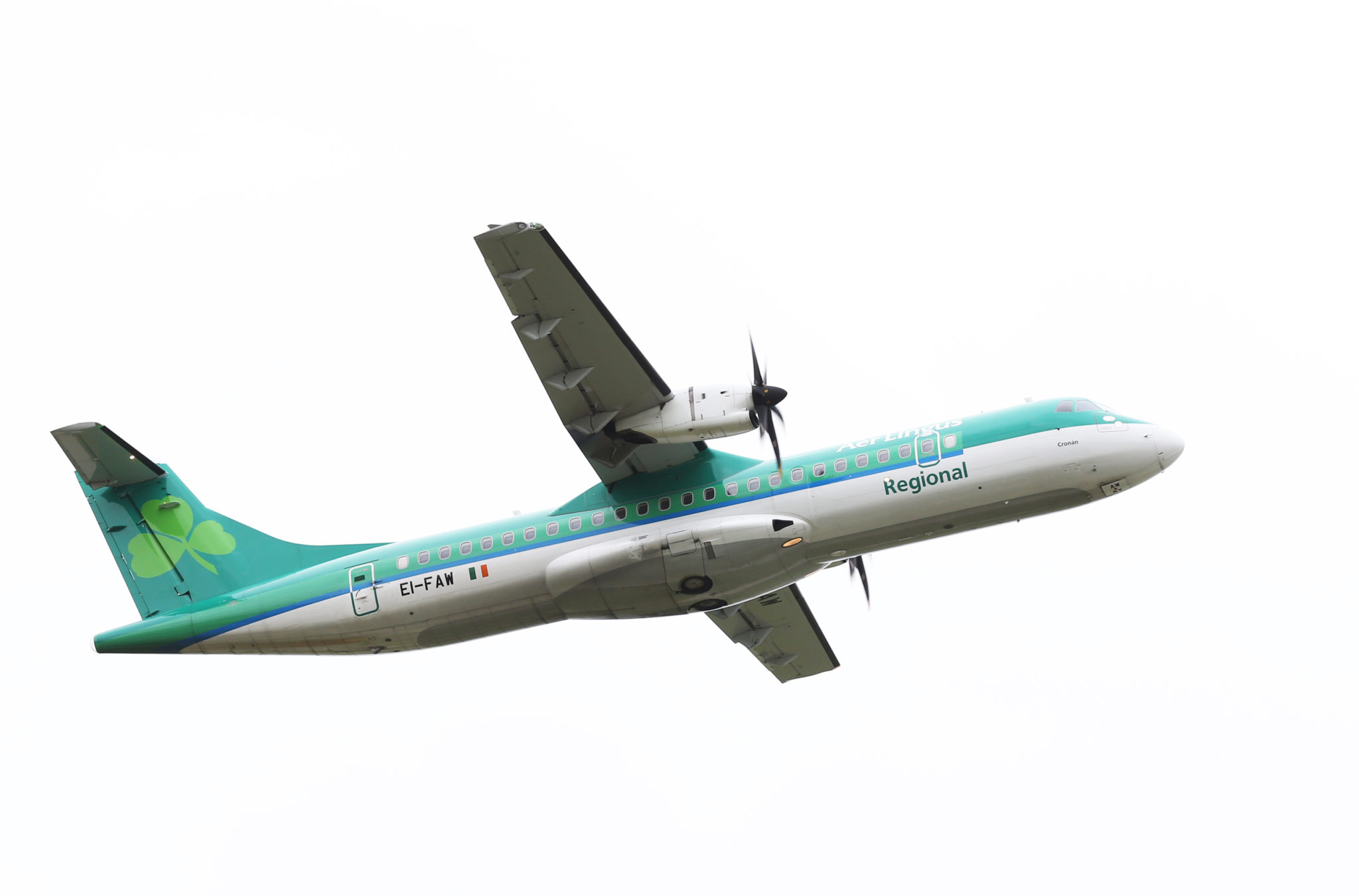 Stobart Air said ending its franchise agreement with Aer Lingus was an "unavoidable and difficult decision".

“Last April, Stobart Air announced that a new owner had been identified. However, it has emerged that the funding to support this transaction is no longer in place and the new owner is now unable to conclude the transaction," the airline said in a statement.

“Given the continued impact of the pandemic which has virtually halted air travel since March 2020 and in the absence of any alternative purchasers or sources of funding, the Board of Stobart Air must take the necessary, unavoidable and difficult decision to seek to appoint a liquidator.

“A franchise flying partner to leading domestic and international airlines, Stobart Air has acknowledged the significant contribution, loyalty, dedication of its 480-stong team of skilled and talented aviation professionals.”

Both Aer Lingus and Stobart Air apologised for any inconvenience caused to customers and passengers are advised to check the Aer Lingus website for options for refunds or rebooking.

The latest updates on cancelled Aer Lingus Regional flights can be found on our website. Due to high call volumes, we ask that only customers booked to travel within the next 72 hours contact our Call Centres.

Before the pandemic, Stobart Air, operator of Aer Lingus Regional, operated over 900 flights weekly across 30 routes throughout Ireland, the UK and Western Europe.

The airline saw its operating schedule reduce by up to 94% since March 2020 as a result of restrictions on the aviation sector.

Minister for Transport Eamon Ryan said yesterday's announcement this morning "is concerning news for the affected workers and for regional connectivity".

"We will be engaging with all stakeholders and over the comings days to restore connectivity to the regional airports affected by today’s announcement," he said.