24 hour Luas needed 'because there’s no taxis these days'

The Luas should be a 24 hours a day service “because there’s no taxis these days.”  The Na...

24 hour Luas needed 'because there’s no taxis these days'

The Luas should be a 24 hours a day service “because there’s no taxis these days.”

The National Transport Authority has ruled out a 24 hours service on the grounds that "essential maintenance" takes place between the hours of one and five o’clock in the morning.

Other capital cities, such as London and Berlin, run metro systems round the clock and out on the streets of Dublin, locals told Newstalk that Ireland’s capital should have a similar service:

“I’d love to see it go 24 hours, there’s no taxis these days,” one young woman complained.

“I work late hours in a pub and I don’t finish till half three in the morning,” another said.

“And I have to get a cab every night which is very expensive. So I would much rather the Luas was 24/7.”

While some raised concerns about how safe the Luas would be at night time, Green Councillor Hazel Chu said Dublin needed a bolder transport policy:

“If we are to build a better city we need to expand services and the report came out that to get more people working in the night time industry, you have to have good transport services,” Cllr Chu told The Hard Shoulder.

“And the NTA sat on that committee, they know the results of that report which is that we need 24 hour service.” 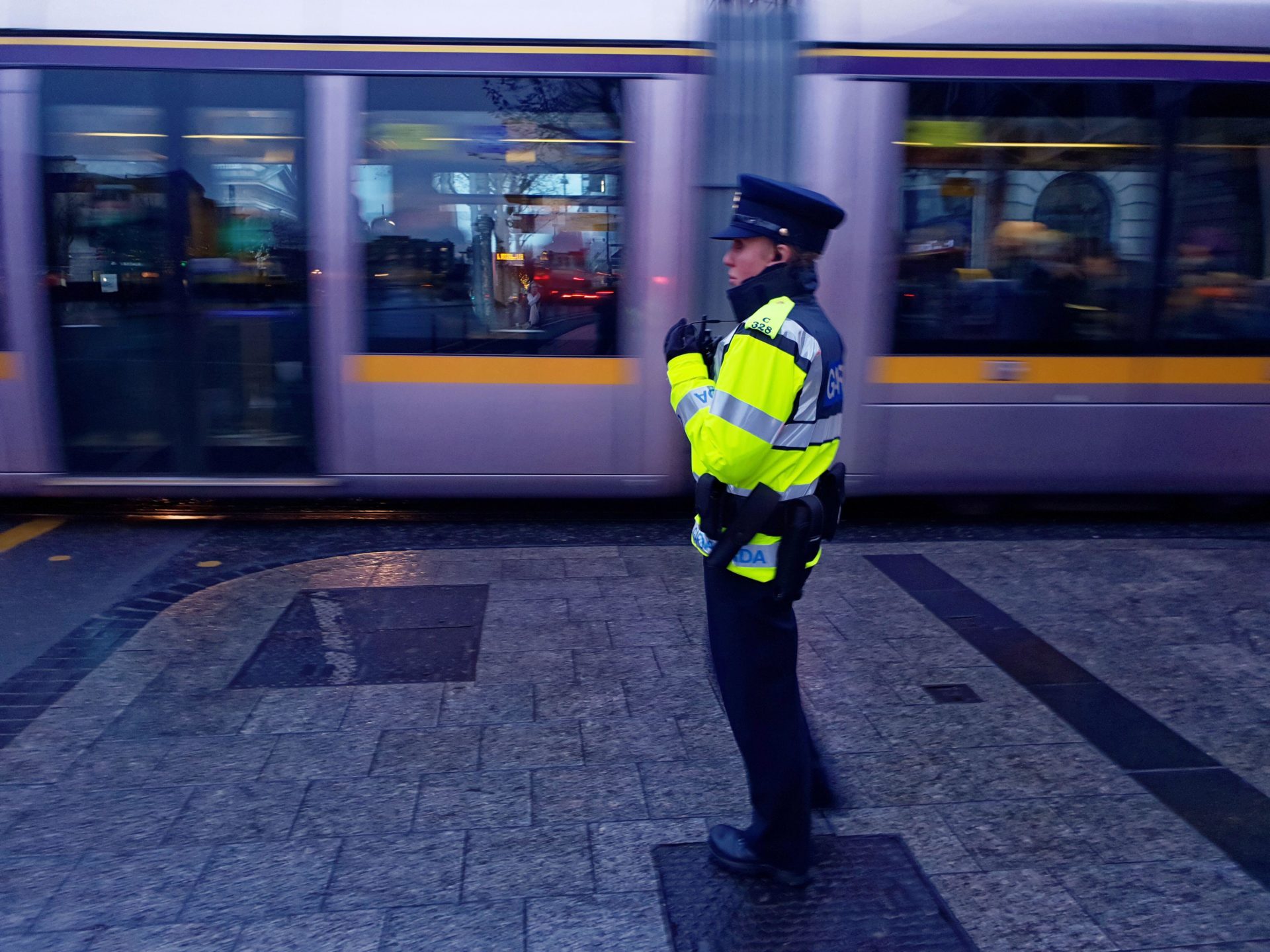 A Garda on duty in Dublin city centre, with a moving Luas in the background, in December 2019. Picture by: Wirestock, Inc. / Alamy Stock Photo

She added that the idea was at least worth a temporary trial:

“I think we were a lot braver during COVID to trial things between pedestrianisation and transport methods because we had to,” she continued.

“And this is now post-COVID and we still have to. And it’s not just about the night time economy; it’s about health workers and other workers in different industries that need night time transport.

“When you have nurses or cleaning staff or doctors coming off shift, you want to make sure that they have safe transport to get home.

“And it’s only fair that we push for that.”