There is a warning that lower fees for some digital banking apps may actually affect their sustai...

There is a warning that lower fees for some digital banking apps may actually affect their sustainability.

It comes as the European Central Bank (ECB) is looking at creating its own digital currency, as the use of cash continues to decline.

"The first thing to mention about it is it's much cheaper in terms of the fees you pay versus the typical bank.

"Revolut ATM withdrawals are free up to €200 a month, Bank of Ireland is 25c a withdrawal.

"Revolut has no chip and pin fee - Bank of Ireland 10c each.

"So you get the idea there: it's much cheaper first of all if you use Revolut."

But he said that another company which offers similar services, and is based in the European Union, might be more secure.

"N26 is just as cheap - they don't have that split bill feature, but they have many of the other things.

"But really the key difference is that N26 has a full European banking licence.

"So if N26 goes bust, you'd have deposits up to 100,000 covered by the German deposit guarantee scheme because they're a German company.

"For that reason, I'd probably lean towards recommending N26 over Revolut because there is a chance that these companies could go bust.

"If you look at how low those fees are that we were talking about earlier, it doesn't scream sustainability in financial terms.

"We don't know too much about each company's finances, but we do know they're both loss-making.

"So they're relying on investors who believe in their futures to bankroll them".

In terms is safety, Gavin said: "It's just as safe as any of the banks, it kind of uses the same infrastructure.

"I haven't hard any reports of people having any difficulty with that.

"I think the key issue around safety with Revolut is - to go back to what I just said - how safe is their client's money if the company gets into difficulty?

"They just don't have the same safeguards in place that N26 would have". 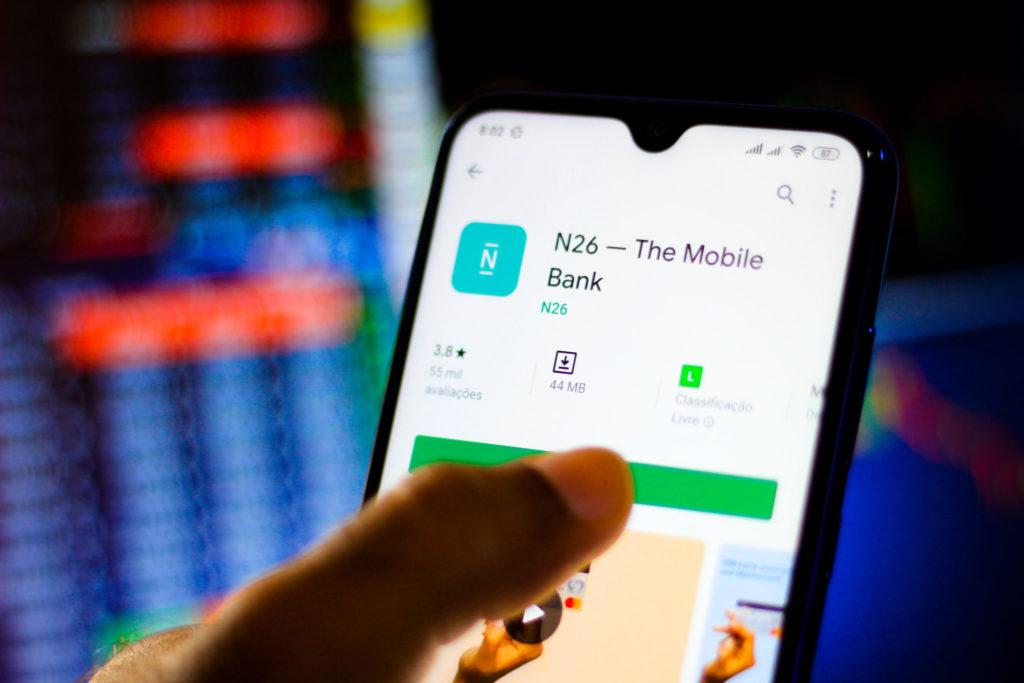 In this photo illustration the N26 app and logo is seen displayed on a smartphone. Picture by: SOPA Images/SIPA USA/PA Images

"The reason they're looking at doing that is in the main, to pay for things, we use cash or we use cards.

"But cash is declining all the time as we know, and that means we're more reliant on the card network to hold up.

"And if there's a problem with the card network, then there's going to be a lot of trouble.

"So the Bank of England, the ECB are looking at this - they're talking about bringing in their own version of Bitcoin, these digital coins, sort of as an alternative payment mechanism, a sort of back-up to the card network that would replace cash.

But he said the traditional banks are fighting back as best they can.

"Bank of Ireland have just launched their own new app, AIB launched a new app a little bit earlier.

"I'm a Bank of Ireland customer and I've been using it over the last little while.

"In terms of usability and just ease of use, if you want to call it that, it doesn't compare at all.

"They are going to do their best and obviously they have an advantage in that they're the incumbents.

"But they're a little bit behind the curve and... Revolut has got a million users in Ireland now.

"So trying to catch up with that if you're a traditional bank, it's not easy to go from zero to a million in that sense".

Main image: In this photo illustration, the Revolut logo is seen displayed on a smartphone. Picture by: SOPA Images/SIPA USA/PA Images

Concerns over higher fees as banks seek to sell 1,000 ATMs