Given that Stephen Kenny will succeed Mick McCarthy as Republic of Ireland manager, there was alw...

Given that Stephen Kenny will succeed Mick McCarthy as Republic of Ireland manager, there was always going to be intrigue over what he could achieve with the Under-21s.

But based on last night's evidence, it's only whetting the appetite for the future. His Ireland Under-21 side have already earned impressive results in Euro 2021 qualifying.

But the talented crop showed more evidence of their capabilities as they thrashed Sweden 4-1 on Tuesday night. It was an outstanding second-half display of attacking verve and invention for a young crop at that level.

Victory itself pleased Stephen Kenny. But it was the battling back from difficult circumstances after half-time that particularly spurred his joy.

"They were deservedly ahead against us, it must be said," he admitted as he joined Off The Ball on Wednesday evening.

"So to turn it around in the manner that we did, we scored four terrific goals, created more chances and played really, really well.

"I think a lot of the players really stood up because anyone can turn it on when you're well on top in games.

"But I think we probably lost our two most experienced players at half-time. We made two substitutions at half-time and Jayson Molumby, our captain, and Conor Masterson probably weren't quite 100% in the game I didn't feel.

"They had recently had injuries at their club and probably weren't quite right. So we made the decision and they came off, so we had a really young group on. It's hard to believe Gavin Bazunu, our goalkeeper, is only 17. He was so mature last night. Him and Troy Parrott are both 17 and Jason Knight, Nathan Collins and Adam Idah are only 18. All of those Swedish players are 20-years-of-age at least. They're legitimate under-21s and they're all playing at a good level in Sweden. Some are playing abroad as well.

"It was a very, very convincing win and the players really showed that they could produce it, despite losing 1-0 and despite it not going well in the first-half. To turn it around and play as well as they did speaks volumes about their attitude and their character." 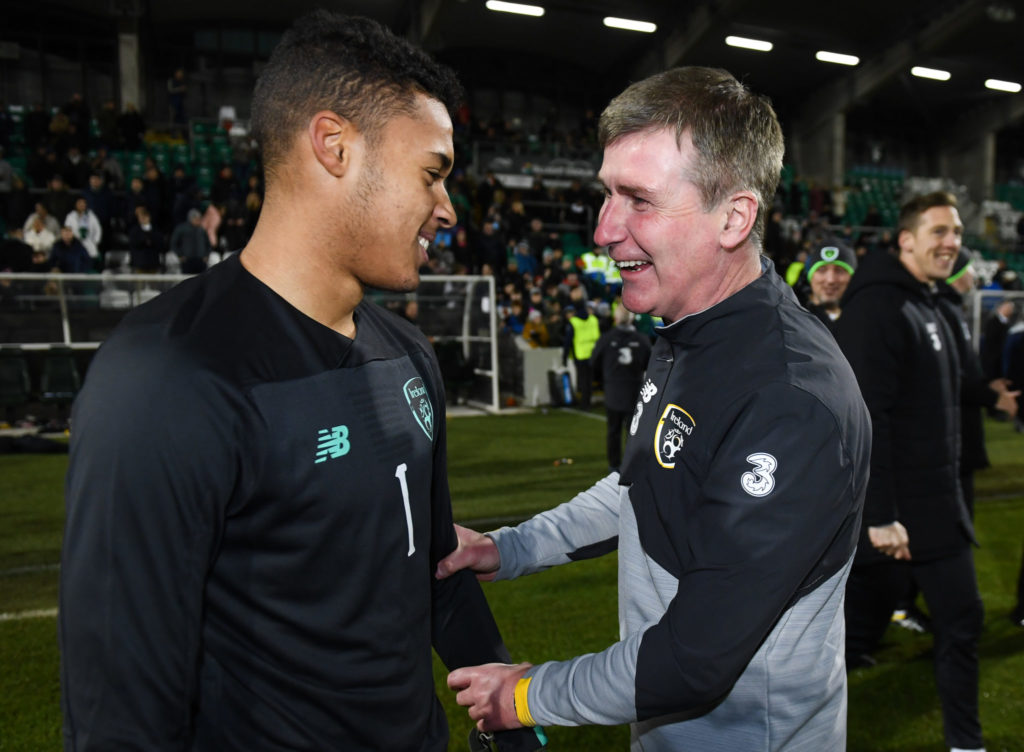 Kenny explained that potential and future development has been on his mind in regards to his squad selections, even if it can be to the detriment of youth teams below the Under-21s when he fast-tracks some players.

"Likewise, we want our better players to get access to Under-21 level football earlier," he said.

"And hence if they do well at that level earlier, they're ready for the first-team earlier. I've always felt that we're too reluctant to put young players into the senior international team over the last two decades."

He expanded on that point to Joe Molloy as to why that mindset exists in Irish football.

"We consider someone who's 24 to be young," Kenny suggested.

"We put a 24-year-old in and we're talking about a young player coming in. And I think to be fair, it's great to see in recent times Aaron Connolly stepping up, Troy Parrott and Lee O'Connor. And it's probably not overall justified on their club form... but it is good to see that. To be fair to Mick McCarthy, he's selected them in the senior international team. It's great to see players progressing and stepping up quickly."

He also gave examples of players like Seamus Coleman and John Egan who made it into the Ireland senior team later than necessary.

"We must move players up the age ranks quicker," he concluded.

"It's about getting players to play at the highest level they can as soon as they're ready and not delaying that progress."

He also gave an example of the fluidity between the seniors and Under-21s for their group counterparts Italy.

"He was very good with his time and a good insight into the Belgium camp," he added.

You can watch the full Stephen Kenny interview above via YouTube.