Robbie Henshaw has a hamstring injury that rules him out of at least the Scotland match. Then news emerged about Robbie Kearney's calf injury.

The Irish Independent's Ruaidhri O'Connor joined us from the city of Chiba, where Ireland are based, to fill us in.

"Ireland already have a massive doubt about Keith Earls," he said, referencing the Munster wing's own issue.

"Henshaw was effectively ruled out today by Greg Feek and Rob Kearney looks highly unlikely to play against Scotland at the weekend and could miss more than that.

"And Keith Earls has played 50 minutes since the end of last season, has had knee tendonitis, came off after those 50 minutes against Wales in the final warm-up game and looked deeply uncomfortable coming off.

"Joe Schmidt kind of played it down as a quad/knee injury. But he hasn't trained yet in Japan. He's due to train either tomorrow or Friday. Tomorrow would put him in the frame. Friday, I think, would be too late which means they've got six fit backs for six available positions in the match-day 23 for Scotland on Sunday." 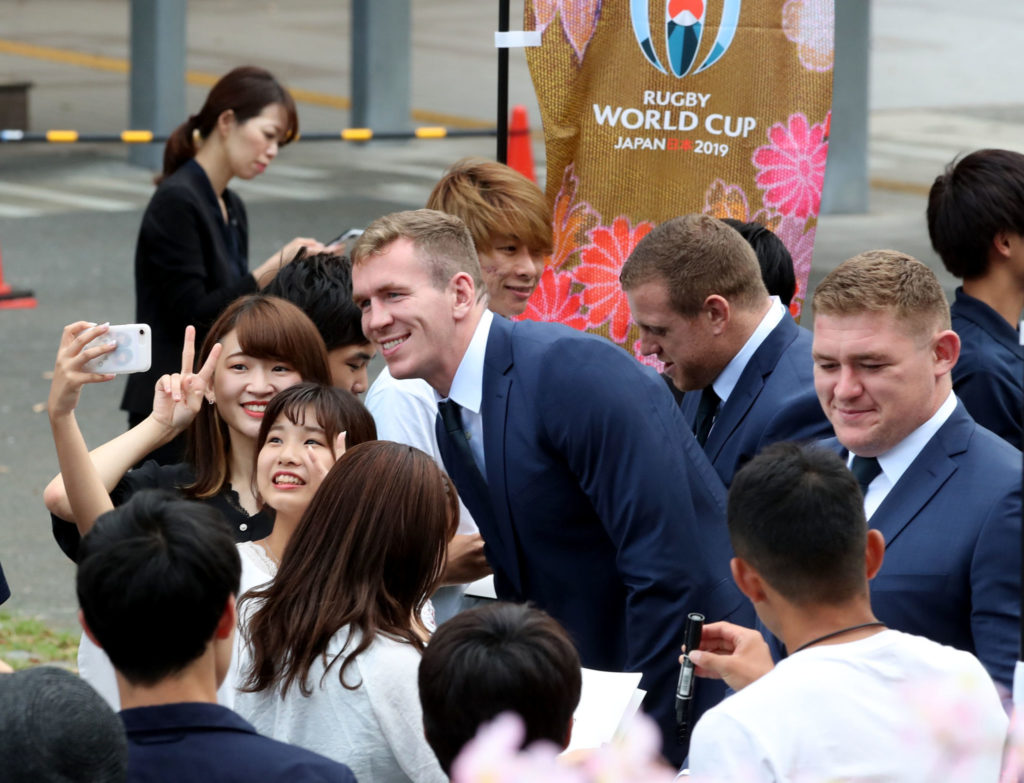 Garry Ringrose will more than likely replace Henshaw. But bearing in mind tough weather conditions are expected for Sunday, could that change Joe Schmidt's thinking and bring Munster centre Chris Farrell into the equation?

"Where I'm leading to with that is I think Chris Farrell actually has a chance. It's a hunch more than anything else. He started against Scotland in the Six Nations and he did well that day. He's a big man and he carries hard.

"And if you put him on the bench - because it looks like Ringrose and Farrell will have to be in the '23 if we presume Earls is also out - Ringrose covers more positions than Farrell. So he's a more natural No 23.

"Obviously, you could bring Farrell on and shift Ringrose round. But that's moving parts of the whole jigsaw around."

He re-emphasised that, "Farrell has a real shot at starting this game" and the likelihood of then starting Ringrose against Japan after a swift six-day turnaround.

You can watch the full chat with Ruaidhri O'Connor above via YouTube.