Kieran Lucid is the businessman who has been at the centre of efforts to establish an All-Island ...

Kieran Lucid is the businessman who has been at the centre of efforts to establish an All-Island soccer league.

As we all know, the FAI and the North's IFA operate separate jurisdictions. But amalgamating the League of Ireland with the Irish League has been mooted at times over the decades.

Kieran Lucid's latest attempt has already hit one roadblock. At the end of October, the IFA poured cold water on the All-Island League plans.

"Having listened to the proposals from Mr Lucid and his team, we believe the best interests of our member clubs and football in Northern Ireland are better served by remaining with the club-led model established in 2013 via the Northern Ireland Football League (NIFL)," they said in a statement.

But can Lucid keep the plans on track? He joined Nathan Murphy in studio and described his attempts "as a worthwhile endeavour" despite the doubters.

"The grand plan in a very basic level is just to restructure domestic club football on an All-Island basis," he said.

"Both leagues, there are green shoots of positive signs. But I think they could use something new, something that rejuvenates the game and puts it on a sound footing. And that's basically it.

"I think the project and my interest in it has come out of the clubs' interest. The clubs are up for this really and it started from the northern side when I lived there. The northern clubs were saying, 'If it made sense financially, we'd definitely go for it'. So that's where it all started."

Previously a Manchester United fan, he admitted that he didn't use to have a connection with the League of Ireland.

"I'm definitely a late-comer to it," Lucid acknowledged.

Jordan Flores of Dundalk in action against Shayne Lavery and Stephen Fallon of Linfield during the Unite the Union Champions Cup first leg match. Photo by Oliver McVeigh/Sportsfile

In his study of the viability of an All-Island League, he has looked into the Danish and Scottish leagues regarding issues like attendances and foreign football match-going.

"A picture starts to emerge of an Ireland that's obsessed with football. But not our own football," he said of his findings.

"We're just off the charts as the biggest importer of football in western Europe. A picture emerges of an island that's obsessed with English and Scottish football and not our own."

But why would an All-Island League solve the aforementioned issue that's apparent on both ends of this island?

"I think it would bring a new dimension," he replied.

"A lot of these clubs in Belfast wouldn't have the GAA to worry about to compete for their fanbase. I think they would have a large uplift. The Setanta Cup showed the potential, especially in the early years, when you had 3,000 Glentoran fans travelling to Cork for the final.

"There is a huge latent interest in football. So I just think you have a larger market. And I think for sponsors, the ones that we've spoken to, it's a new story. It's a nice story for advertisers as well." 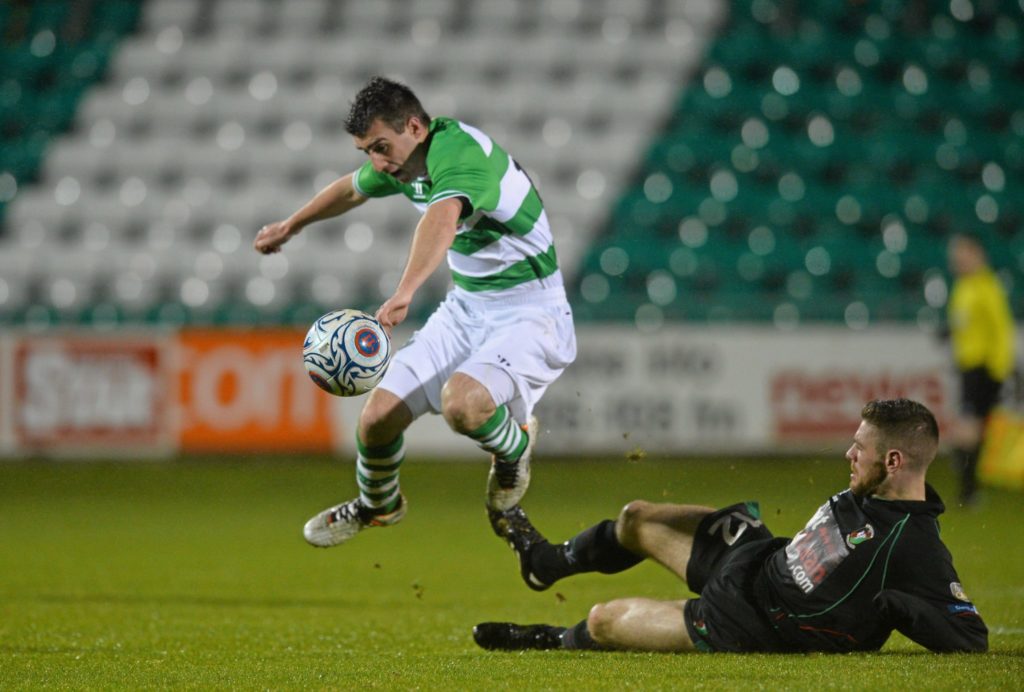 Kieran Lucid did acknowledge that amalgamation alone will not solve every issue in Irish football.

"I would say both national leagues have been neglected, I think that's fair to say," he said, however. But Lucid also feels it can help lead to more success in Europe.

"Because of Dundalk's run in 2016, it showed the potential of what European success can do. So I think the All-Island League is the best catalyst for going further in Europe more regularly."

He and the people behind the plan had an ambitious target of launching it in 2021. But what now that the IFA has publicly rebuffed the idea?

Lucid revealed that the IFA's statement had "come out of the blue". He also is unsure as to why the IFA chose that particular day to signal opposition.

"It was just unfortunate timing. The IFA's board meeting was the same night as our meeting in Dundalk," he said.

"Since the IFA's statement, we have broadened the discussion. So we hope at some stage to get the IFA back on board.

"And given the fact that we've shifted and broadened the discussion, hopefully that gives us them room to [think about it]."

He also touched on what he's made of his conversations with the FAI thus far.

You can watch the full interview with Kieran Lucid above via our YouTube channel.