John O'Shea reminisces about THAT nutmeg on Figo

John O'Shea's preparing to begin a new chapter after announcing his retirement as a player. And a...

John O'Shea reminisces about THAT nutmeg on Figo

John O'Shea's preparing to begin a new chapter after announcing his retirement as a player.

And as he ponders the future, he joined Joe Molloy and former Ireland team-mate Kenny Cunningham on the Football Show.

In terms of what's next, coaching is an ambition.

"There's nothing confirmed or anything yet but the break mightn't be too long shall we say," he said.

"Obviously, I've done my A Licence and it's something I'll hopefully get involved in. But I'll get a few weeks to relax anyway, that's for sure."

But he also shared memories from his career for club and country. And while his goal against Germany in Gelsenkirchen came up, one legendary nutmeg did make the cut. 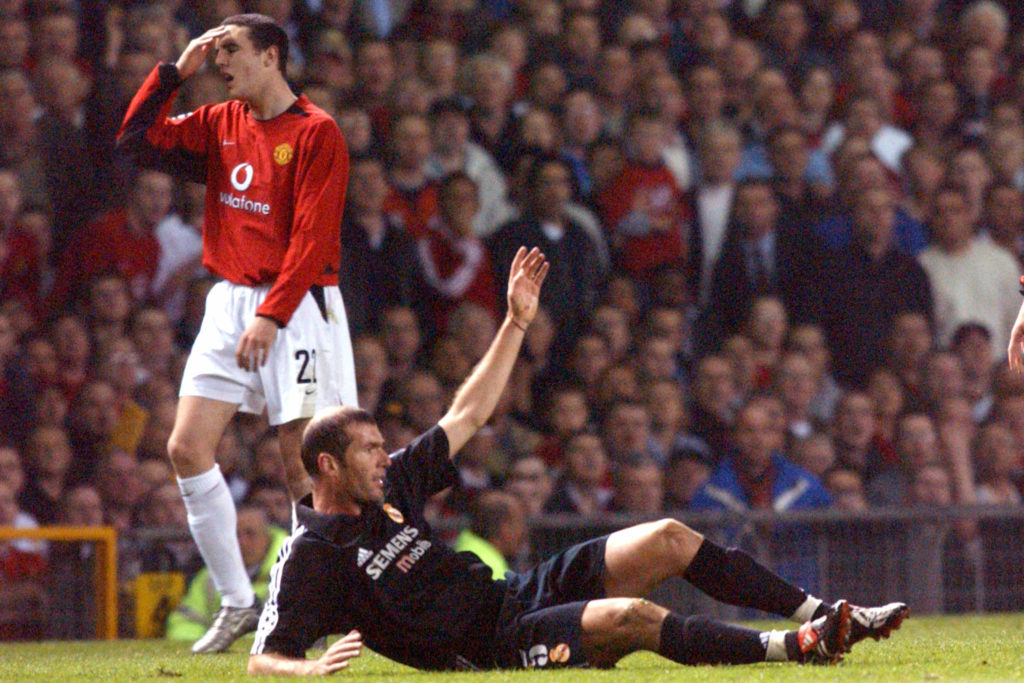 That of course was the time he nutmegged Real Madrid's Luis Figo while on Manchester United duty.

"It's been said to me quite a few times over the last 24 hours," he said of that piece of skill.

"It was just that game itself. I tried it the odd time in training and things like that. But just the way the opportunity presented itself...

"It was worth a try and it came off thankfully and we kept possession of the ball which is also nice. Because sometimes you do these things and you lose the ball and it's not very clever."

Watch the full chat with John O'Shea above via our YouTube channel.