Jamesie O'Connor feels there are "worrying signs about" the Galway hurling team based on some rec...

Jamesie O'Connor feels there are "worrying signs about" the Galway hurling team based on some recent performances.

The former Clare All-Ireland winner joined Off The Ball's Joe Molloy to discuss the weekend's hurling.

It saw Limerick overcome Dublin in the league semi-final and Waterford pipped Galway.

On Limerick, who have followed up a memorable 2018 with a strong start to 2019, he feels their depth augurs well.

"One of the things that I think is important in retaining it is you have to have competition," he said.

"You have to have guys looking over their shoulders. No complacency in terms of what the starting XV is going to be.

"Therefore, that's one of the biggest positives for them to take going forward. They probably had the strongest panel last year but if anything they've added further depth. That augurs well for the Championship and the League final going ahead."

He added that he "doesn't see any glaring weaknesses in the team". 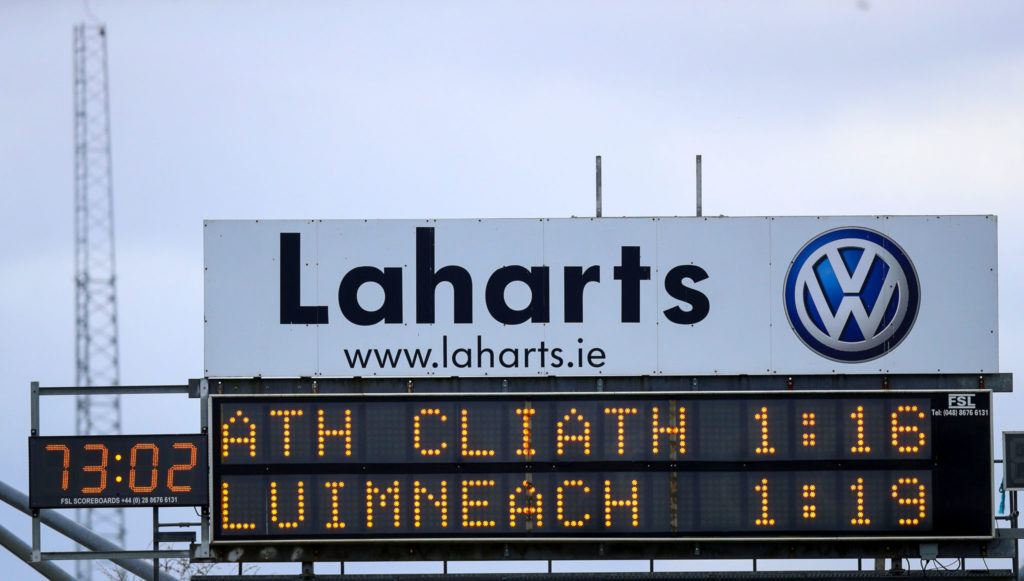 "This is a panel and team where you just don't see where the weaknesses are," said Jamesie.

"But they weren't very, very far ahead of the opposition last year and the pack will have more evidence gathered on them, in terms of how they actually go about discommoding these guys. It's not a foregone conclusion by any means that they'll come out of Munster."

Jamesie then turned his attention to Galway's troubles.

"There were worrying signs for me about Galway. Sometimes if [Joe] Canning isn't doing it, they appear in a way kind of rudderless or leaderless," he said.

"And guys are still prone to making poor decisions on the ball. For all their qualities, there's still an element of that at times about Galway. It just baffles you. You wonder how they are in this position."

Jamesie also discussed the trends he is seeing in hurling and believes a "premium on possession" will be crucial.

Tommy Walsh's brilliant breakdown on what Waterford got wrong

What should Mayo tweak to beat Dublin?