Called up into the Republic of Ireland senior squad ahead of the qualifiers against Georgia and S...

Called up into the Republic of Ireland senior squad ahead of the qualifiers against Georgia and Switzerland, Mick McCarthy praised Aaron Connolly's personality after his strong showings for Brighton & Hove Albion in recent weeks.

On a breakthrough weekend for the Galway native, Aaron Connolly's first Premier League start for Brighton & Hove Albion culminated in the young attacker scoring two goals in a 3-0 defeat of Tottenham Hotspur.

Afforded plenty of chances in the first-team by new manager Graham Potter, Connolly's strong start to the season has left Republic of Ireland boss Mick McCarthy in no doubt that he has a role to play in his latest international squad.

"I wouldn't have put him in the squad if I didn't think he was up to it," asserted McCarthy at this afternoon's press conference in Abbotstown.

"He was excellent [against Spurs, his goals were both very good. People are talking about the second one but I thought his first one was brilliant. His movement was good, got across the defender and then having had it saved he had the presence of mind [to follow in]." 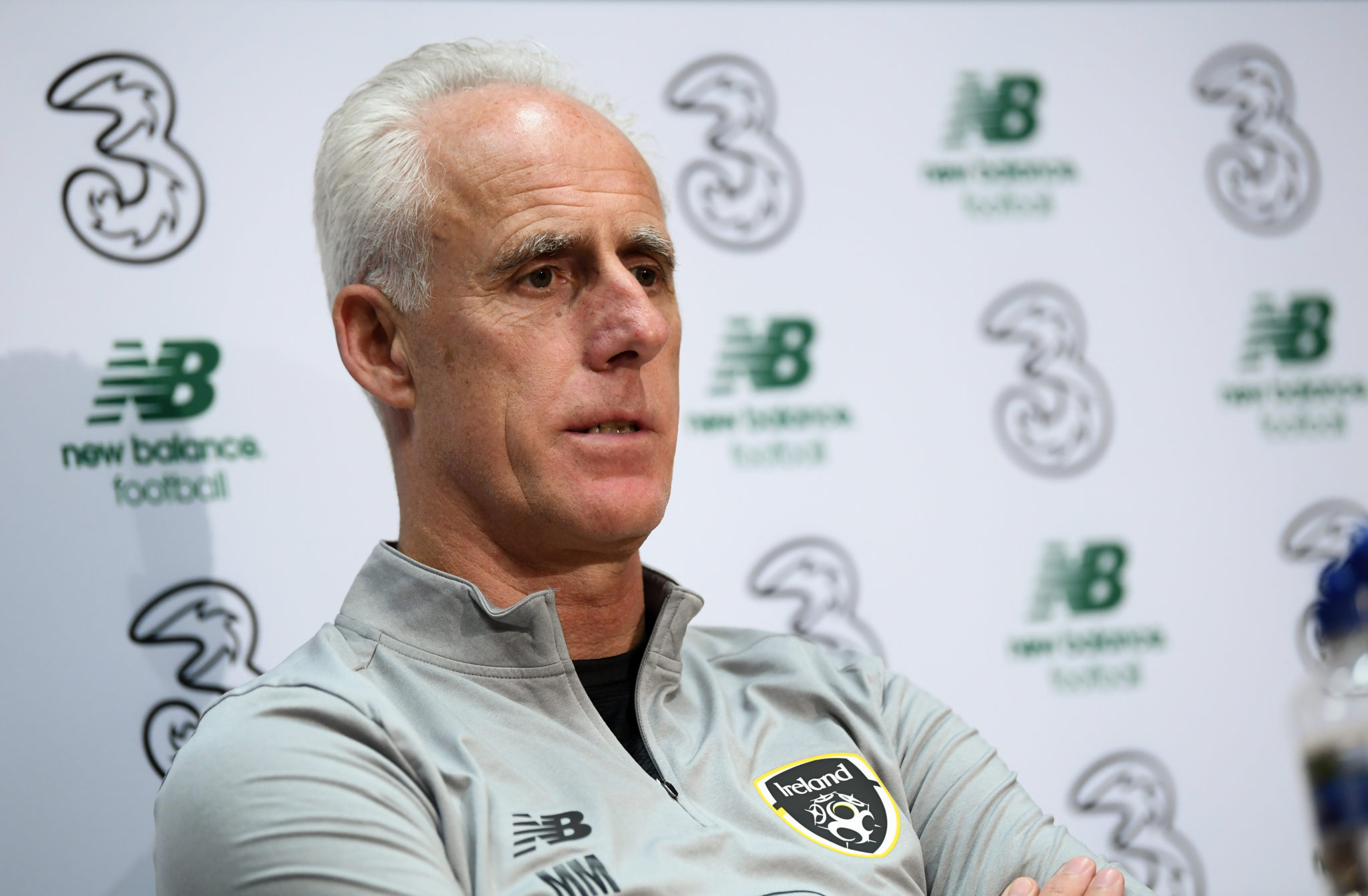 A highly-rated member of Stephen Kenny's exciting U-21 side, McCarthy has been keeping an eye on the Galway native's progress at underage level.

"I saw him against Armenia and I was really impressed with him that day playing on the left," he noted, "he really has got some personality on the pitch, that's for sure."

However, McCarthy was careful to clarify that underage form alone remained unlikely to be enough for a player to make the breakthrough into the senior squad.

"I've said all along that if they're in the Premier League playing well and scoring goals, they'll get a chance," he noted by way of explaining his apparent U-turn on Connolly's selection.

"He's given me a really good option that if I want to play him, I can. He plays with personality and the fact that he's come in here on a high, with momentum from scoring at the weekend, that's nice."

Citing the Brighton man's ability to play as both a winger or centre-forward as a significant asset, it would not come as a great surprise if Aaron Connolly were to feature against Georgia or Switzerland in the coming week.