What Joe Biden can do to get Democrats back on track

What Joe Biden can do to get Democrats back on track

President-elect Joe Biden will take office on January 20th, and faces a fraught first 100 days. OTB Sports' Ciaran Bradley takes a look at four issues that will help the Democrats.

What Donald Trump and Steve Bannon did successfully was recognise that working-class voters of all colours feel disenfranchised. The Republic ground game, from pre-2016 to now, has been excellent in stoking concerns and pivoting them to their gain. Their digital advertising has been targeted in areas where they could gain the most.

They recognised that the 'Hispanic vote' is also not an amorphous blob and that many are phobic of any mention of socialism as it evokes the demagogues of the countries that many fled. Even voter registration drives at Trump rallies was smart; they checked whether you were registered to vote and - if you weren't - led you straight to a registration page.

These are aggregated marginal gains to achieve an election outcome that was, reasonably, better than might have been expected. This should have been an absolute slam dunk for the Democrats, for reasons in which all are familiar.

Joe Biden did well with working-class voters, this time around. But the broad base of people that voted for him - large turnouts among women, the young and people of colour, for example - means that the tendency will be to be all things to all people.

This is a fragile coalition.

To look at this from a realpolitik view, the Democrats need to do what they can to cement loyalty from working-class voters. Frankly speaking, they are the only natural home for many groups of people. So a pivot towards issues that affect working-class voters would build a strong base in the states that have been built on manufacturing, haulage and farming.

A great start would be to advance the conversation on universal basic income.

Democratic candidate Andrew Yang's work on the issue, and the prospects for people that have seen jobs leeched by automation, has helped to provide a potentially incredible turning point for America.

One in three jobs will be automated, meaning that a strong, laser-focused approach will help re-establish the Democrats as truly the party of the working-class.

There will broadly have been two types of Republican congressperson. Those that have rowed in fully behind Trump - the likes of Rudy Giuliani and Mitch McConnell - and those that have done so out of party loyalty. In the latter group, there is ore to be mined by Joe Biden - those that were privately critical but held public fealty.

It is easy to see the victory in the Presidential race as a victory for the Democrats' vision. They are also on course for victory in the House of Representatives.

But the Senate looks as if it will achieve Republican control, as the judiciary takes a distinctly conservative bend with the appointments of Brett Kavanaugh and Amy Coney Barrett. 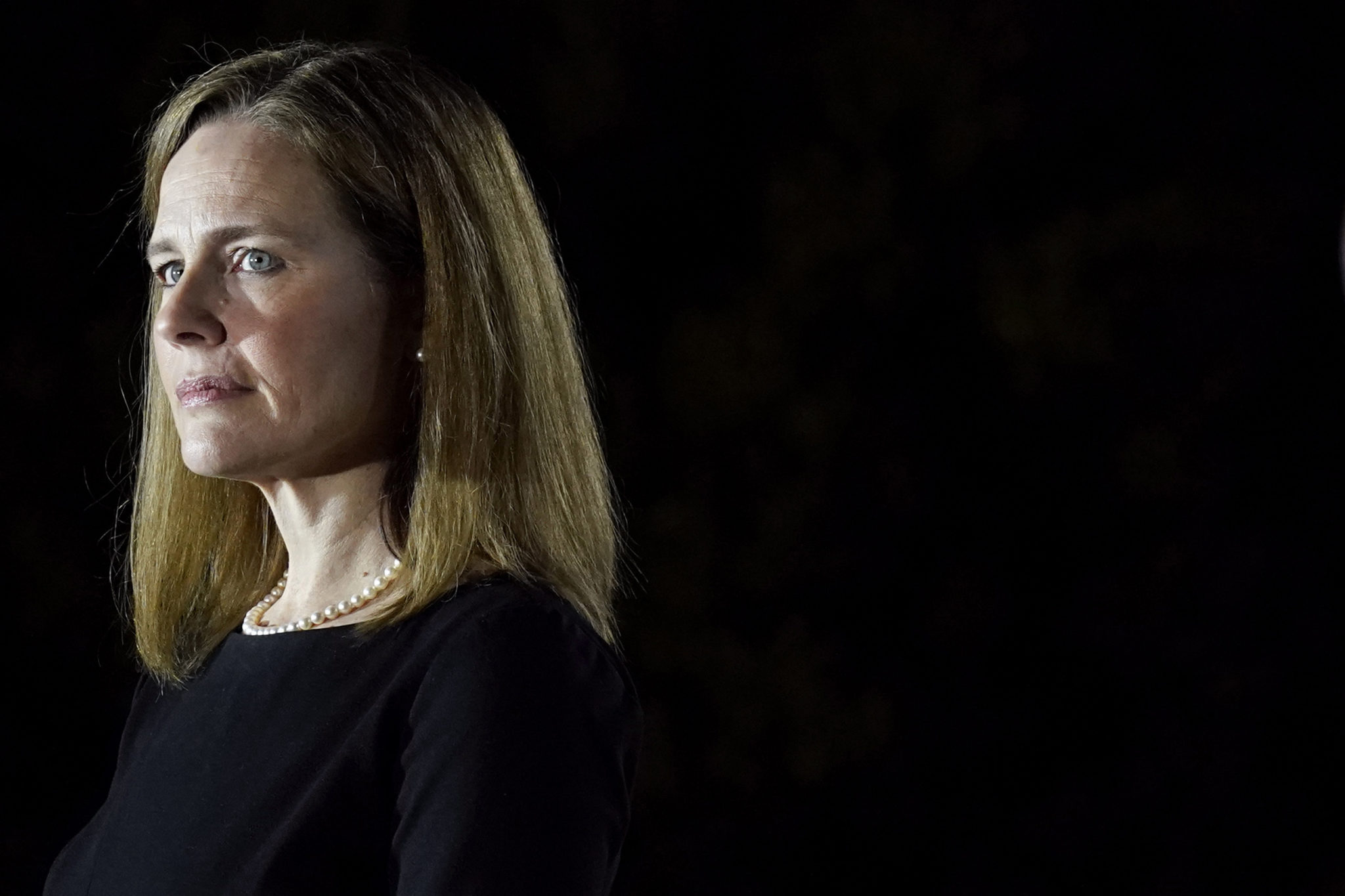 The beauty and the beast of the American constitution is its checks and balances. Such a fragile ecosystem is made all the more brittle when power is diluted by opponents' control of other arms of the government. To borrow a phrase besmirched over the last five years, the mechanisms are what makes America great.

Joe Biden needs to find issues of common interest and achieve a compromise, and is what he was driving at during his victory speech.

“We must stop treating our opponents as our enemy", said Biden.

"We are not enemies. We are Americans. The Bible tells us that to everything there is a season: a time to build, a time to reap, a time to sow, and a time to heal. This is the time to heal in America.”

The theological allusion was not by accident; he is trying to use the language of Republicans that he will need to entice over the next four years. Biden needs to engage with the ones emerging from Trump's hulking shadow.

Move away from identity politics

“The Democrats,” Bannon said, “the longer they talk about identity politics, I got ’em. I want them to talk about racism every day. If the left is focused on race and identity, and we go with economic nationalism, we can crush the Democrats.”

Essentially, when you are a key protagonist in a fevered dream of Steve Bannon, you are on the wrong track. But don't take it from me.

Andrew Yang, the aforementioned presidential candidate standing on a platform of universal basic income, explained why pursuing identity politics has undermined the Democrats.

"I would say 'Hey! I'm running for President!' to a truck driver, retail worker, waitress in a diner. And they would say 'What party?' And I'd say 'Democrat' and they would flinch like I said something really negative or I had just turned another colour or something like that,' Yang told CNN's Don Lemon.

"And there is something deeply wrong when working-class Americans have that response to a major party that, theoretically, is supposed to be fighting for them. So you have to ask yourself: what has the Democratic Party been standing for, in their minds? The Democrats, unfortunately, have taken on this role of the coastal urban elites who are more concerned about policing various cultural issues than improving their way of life that has been declining for years."

Identity politics is inherently exclusive. But it has become peppered with language that presuming a basic empathy that allows listening and understanding. This is an appalling starting point for a national debate; there is no benefit to belittling and talking down to other people and, from a politician's view, other voters.

Moreover, movements like Black Lives Matter - which addresses cogent issues that deserve a respectful national discussion - have been co-opted to some degree by Antifa. This is almost the perfect encapsulation of where the progressive movement has been allowed to be sidetracked: a perfectly-compelling message, lost in the chaos.

Joe Biden could and should have denounced Antifa's fascistic actions in the first debate, instead handing Trump the initiative to turn a social issue into one of law and order. 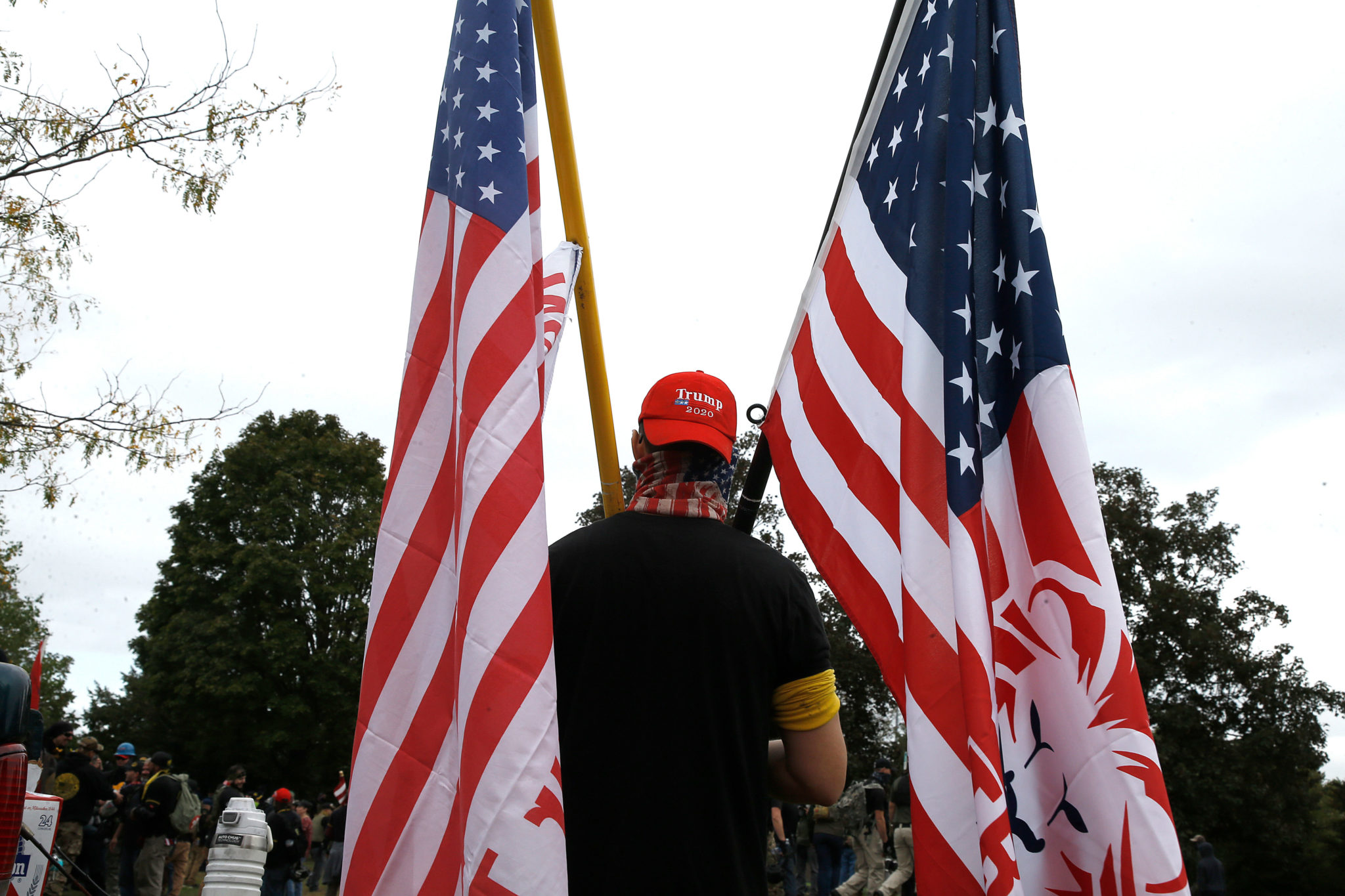 Moving away from identity politics does not presume being ignorant to racial or sectional issues, or preventing conversations with community leaders and move issues on. What it does mean is not presupposing racism, misogyny and any other brutal adjective at every turn. Public discourse has become divided and embittered, and progressives need to take our share of the blame for that.

Joe Biden was keen to stress that people are Americans first - rather than 'America First' - and if there is any weight to these words, then there needs to be an immediate and strong focus on the issues that affect all Americans.

The economic system is largely functional, but is leaving low-income families of all races in total precariousness. Climate change has been an apocalyptic sideshow.

Issues are issues - we need to debate them in a courteous, adult way.

Trump may have been campaigning on a Republican ticket, but his interest in Republican orthodoxy was lukewarm at best, and often totally antithetical. At its heart, the GOP's ethos is recognisable as democratic conservatism, particularly in fiscal and monetary terms.

In a fiscal sense, that is tax and spending, Republicanism has traditionally prized small government and reduction in national expenditure. It is a trend that we see regularly in western democracies; one party that is seen as 'tax-and-spend' and another that praises self-reliance on individual and national levels. The latter approach is why Republicans spent eight years under Barack Obama railing against the likes of the Affordable Healthcare Act - or 'Obamacare' - because they felt that individuals and families would have their costs increased in supporting others.

Whether you see the validity or efficacy in that argument is irrelevant - it is simply how Republicans have traditionally seen things. Trump campaigned on reducing the national debt in 2016. Instead, he has increased it by 36% - from $19.9tn to $27tn. The salient point is that Trump completely burned any sense of fiscal conservatism when he increased the federal debt ceiling in September 2017, and suspended it entirely in 2019.

Not only did he not cut the debt, he increased it at a rate unprecedented in American history. 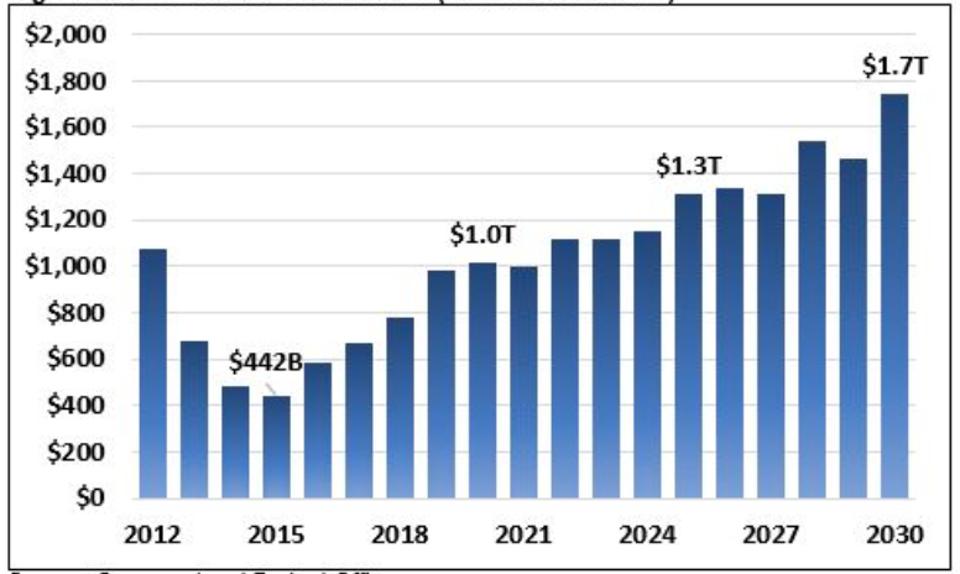 One caveat: during the first year of any presidency, the national budget reflects that taken on by his predecessor. It means that Trump can only be seen as responsible for three-quarters of his presidency, as the first was set in train by Obama.

This is one of the paradoxes of American presidential terms: what you inherit is no doing of yours. In the same way that Obama did not cause the recession of 2008, his actions did help to turn the American ship around.

Trump trumpeted the economy as being stronger than it has ever been, but that is simply not true. Using GDP performance - the bellwether of economic strength - his record did not surpass the records of Dwight Eisenhower, Lyndon Johnson or Bill Clinton. In fact, his growth of the national GDP has been the worst of the last seven presidents.

He inherited an economy that was growing, and that grew roughly along the same lines, according to the Senate's Joint Economic Committee report, which also outlines that Trump's various trade wars resulted in net damage to American businesses.

However, it also means that Joe Biden will be inheriting a fiscal mess, and will have to carry the can for the measures taken by Trump to combat COVID-19. He will also, as per the Congressional Budget Office's forecast, have to tamp down a debt that is spiralling out of control.