The Drive For Five is still alive for Dublin and manager Jim Gavin. But Kerry will also be buoyed...

The Drive For Five is still alive for Dublin and manager Jim Gavin. But Kerry will also be buoyed by aspects of their showing as they and the Dubs drew the All-Ireland final at Croke Park.

Padden was critical of some of Jim Gavin's decision-making on the sideline.

"Jim Gavin has been flawless throughout his managerial career practically. And in my opinion, he had a really bad day at the office yesterday where in many ways, his team stayed in it in spite of his decisions," he said.

"I think he was very, very slow to move things after Cooper was playing really, really reckless football and got caught out in the end and rightly so. I think that when you're down to 14-men, you've got to empty that bench earlier and bring fresh legs on. It's no surprise that when they only made a substitution on the 52nd minute that it was the period after that that they really started to suffer physically.

"I also find it curious as to why Cormac Costello didn't come in sooner, considering that he's been in good form throughout this season. 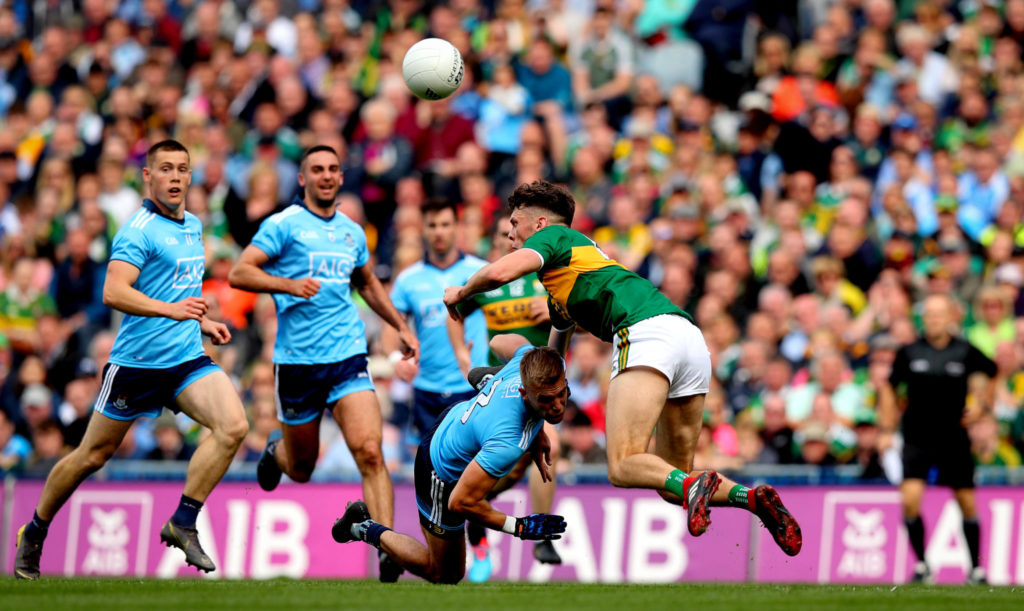 "So I think there are many things there that Dublin will do better the next day."

Padden expanded on the red card issue and Gavin's decision not to sub or alter Jonny Cooper's position when he was a card away from a sending off.

"To me, just do the obvious thing. Move [Cooper] over. You might have to move him back until things quieten down a bit. But I think if you asked [Gavin] again - he mightn't tell us on air - he'd be considering that that was the obvious thing to do. That might have got Jonny Cooper into the half and on into the 50th and 60th minute where he maybe would've settled down a bit," he said.

McGinley also pointed out that it showed how much David Clifford had "spooked" Dublin's defence.

And he also credited Kerry for the way that they took Dublin out of their comfort zone.

"Dublin's percentages were well down. I think that's a combination. It's not just Dublin having an off-day. I think that's the effect of a team really, really going at them and able to stay with them throughout a full game," he said.

"That's natural and it's brilliant to see Dublin tested. It will make any future Five-In-A-Row, if they do go on to complete it, that bit more worthwhile."

But he also praised Dublin's impressive "ferocity of effort" and "refusal to accept defeat". However, he also queried whether Dublin still have the strength in depth from the bench of previous years.

Similarly, he feels the experience of going toe-to-toe with Dublin will "serve" their youngsters well. But he sees both sides learning lessons about each other.

"On a macro level, it's a very positive thing for Kerry learning about themselves," Padden said.

"I think Dublin, in many ways, will learn a lot more about some of these younger players. Jonny Cooper will have learned a whole lot about marking David Clifford. Jim Gavin will look at the influence Sean O'Shea had and he'll put a specific plan in place to try to curtail his influence."

But he sees "more areas of improvement in the Dublin starting XV" for the replay.

Munnelly though feels Kerry will be "buoyed" by how they managed the tempo and also feels the Kingdom will feel they can improve on their goal and point-scoring efficiency for the replay.