Like the senior team, the Ireland U21s faced Nordic opposition tonight. But for Stephen Kenny's s...

But for Stephen Kenny's side, it proved to be a sparkling performance as they thrashed Sweden 4-1 at Tallaght Stadium.

But it required them to battle back from a deficit.

Sweden took the lead on 18 minutes through Viktor Gyökeres and it's a lead the visitors held until half-time. 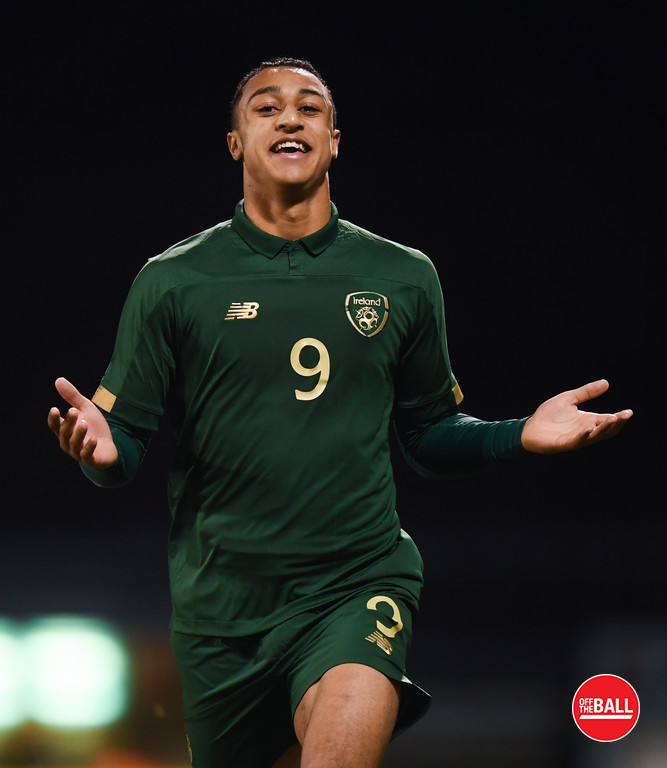 Adam Idah of Republic of Ireland celebrates after scoring his side's second goal during the UEFA European U21 Championship Qualifier match between Republic of Ireland and Sweden at Tallaght Stadium in Tallaght, Dublin. Photo by Stephen McCarthy/Sportsfile

But the second-half was a completely different story as Ireland U21s blew Sweden away.

Four minutes after the break, Lee O'Connor equalised after good work from Adam Idah down the byline.

O'Connor, who made his senior debut against New Zealand last Thursday, applied the finish to the cut-back.

On 64 minutes, it was Idah's turn to find the net. Again it was a cross from the right flank, this time from Elbouzedi.

Idah took up a similar position to O'Connor minutes earlier before a finish low into the net.

With 16 minutes to go, another recent Ireland senior debutant would find the net. 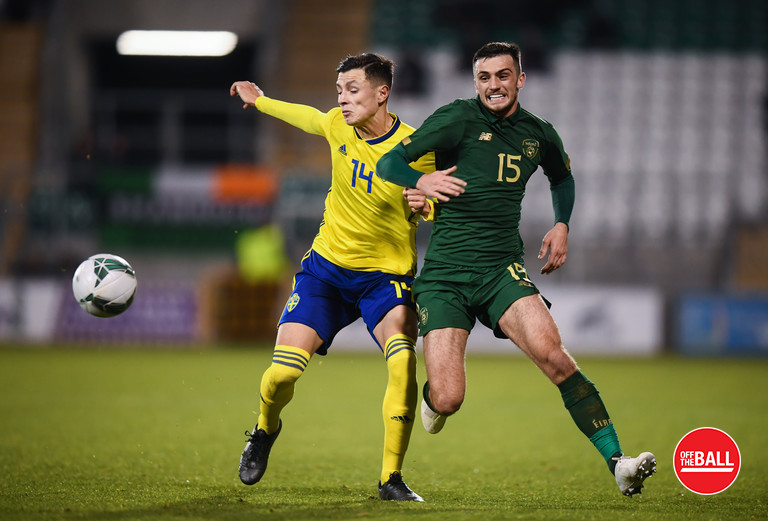 19 November 2019; Troy Parrott of Republic of Ireland in action against Anel Ahmedhodzic of Sweden during the UEFA European U21 Championship Qualifier match between Republic of Ireland and Sweden at Tallaght Stadium in Tallaght, Dublin. Photo by Stephen McCarthy/Sportsfile

Troy Parrott ran onto Connor Ronan's deflected ball over the top and finished precisely to make it 3-1.

Ronan would also assist the fourth goal, setting up Zak Elbouzedi to tap in from a low left-wing cross.

However, Italy are three points behind and have two games in hand in the best runners-up place.

You can watch all the goals here.

What a night for #IRLU21🇮🇪 last night 👌

Some fantastic goals on an incredible night 🔥#COYBIG pic.twitter.com/npS4bphBHl

UEFA to rubber-stamp Champions League overhaul as soon as Monday