There’s been a rise in people arriving into Ireland on transatlantic flights ahead of the lates...

There’s been a rise in people arriving into Ireland on transatlantic flights ahead of the latest Mandatory Hotel Quarantine deadline.

On Friday, Cabinet agreed to add 16 states to the list of high-risk countries subject to mandatory hotel quarantine amid concerns over coronavirus rates and variants.

The list now includes 59 countries – including the US, Canada, France, Belgium and Italy.

This morning, Newstalk reporter Henry McKean met passengers arriving into the country from the US – including a number who changed their plans as soon as the new deadline was announced.

“That is exactly why I took the decision to come back – I made the decision on Friday, once the Government announced it,” said one woman who was returning home for visit from Los Angeles.

She said society is “totally open” in LA at the moment.

“It is a very different environment than what I believe it is here in Dublin,” she said.

“I am interested to see what it is going to be like. I haven’t been in Dublin now in over a year because of COVID. It is always good to be back on Irish soil.”

She said she was visiting her parents who are both vaccinated and she has been vaccinated herself since February.

“That’s why I was perturbed that there is no recognition of the benefits of vaccination in terms of this blanket quarantine that is here – that mandatory hotel quarantine,” she said. 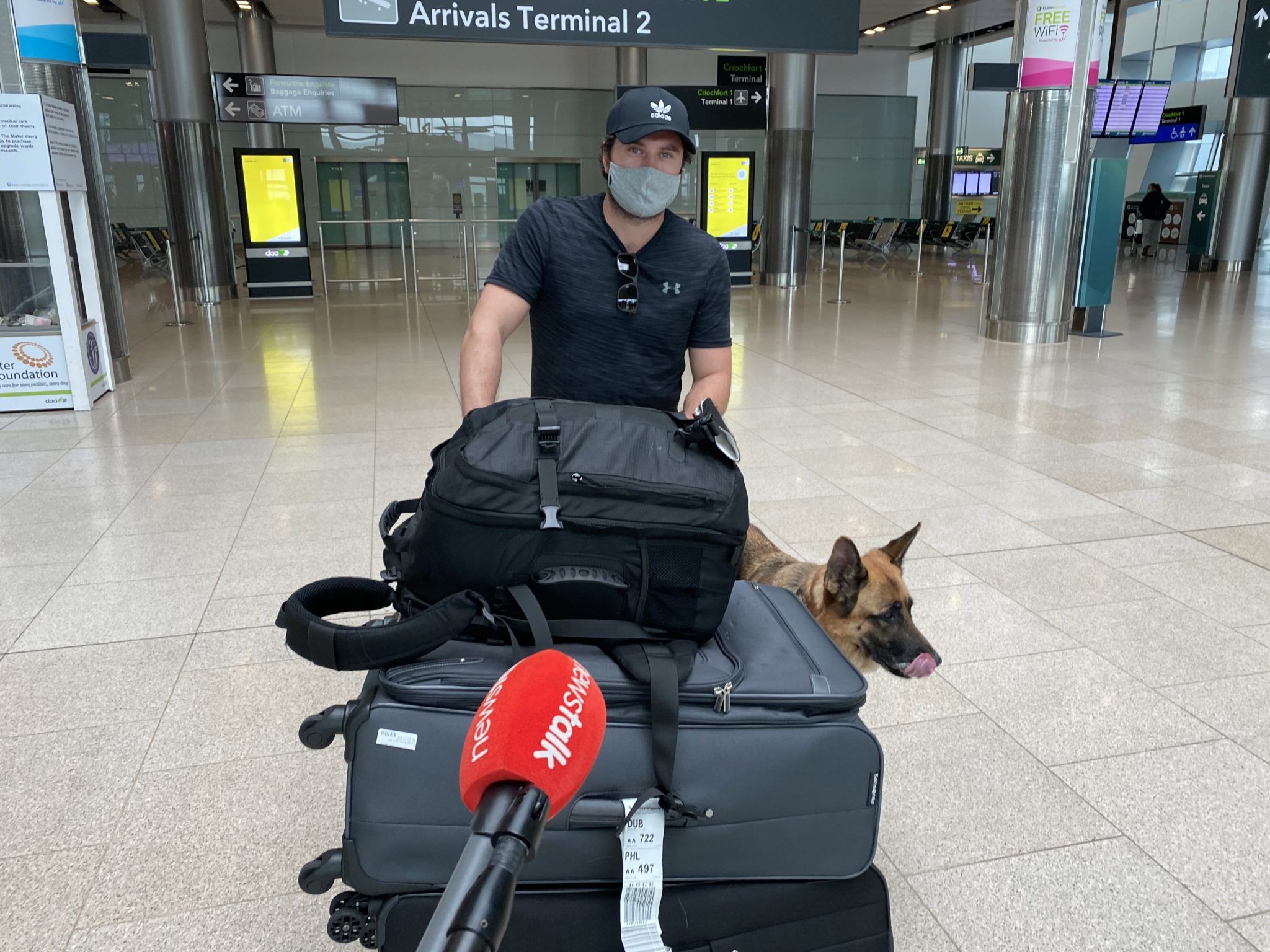 Irish actor Kevin Ryan, who was on the same flight home with his dog Copper, said the plane was “very empty.”

“It was interesting to travel during COVID but it is also nice to get back into Ireland and get back in to work,” he said.

“What is going on right now is a big change from what has been happening so it is nice to come in and stay with the family and do the quarantine with them as opposed to being isolated in the hotel – otherwise, it would feel like jail.” 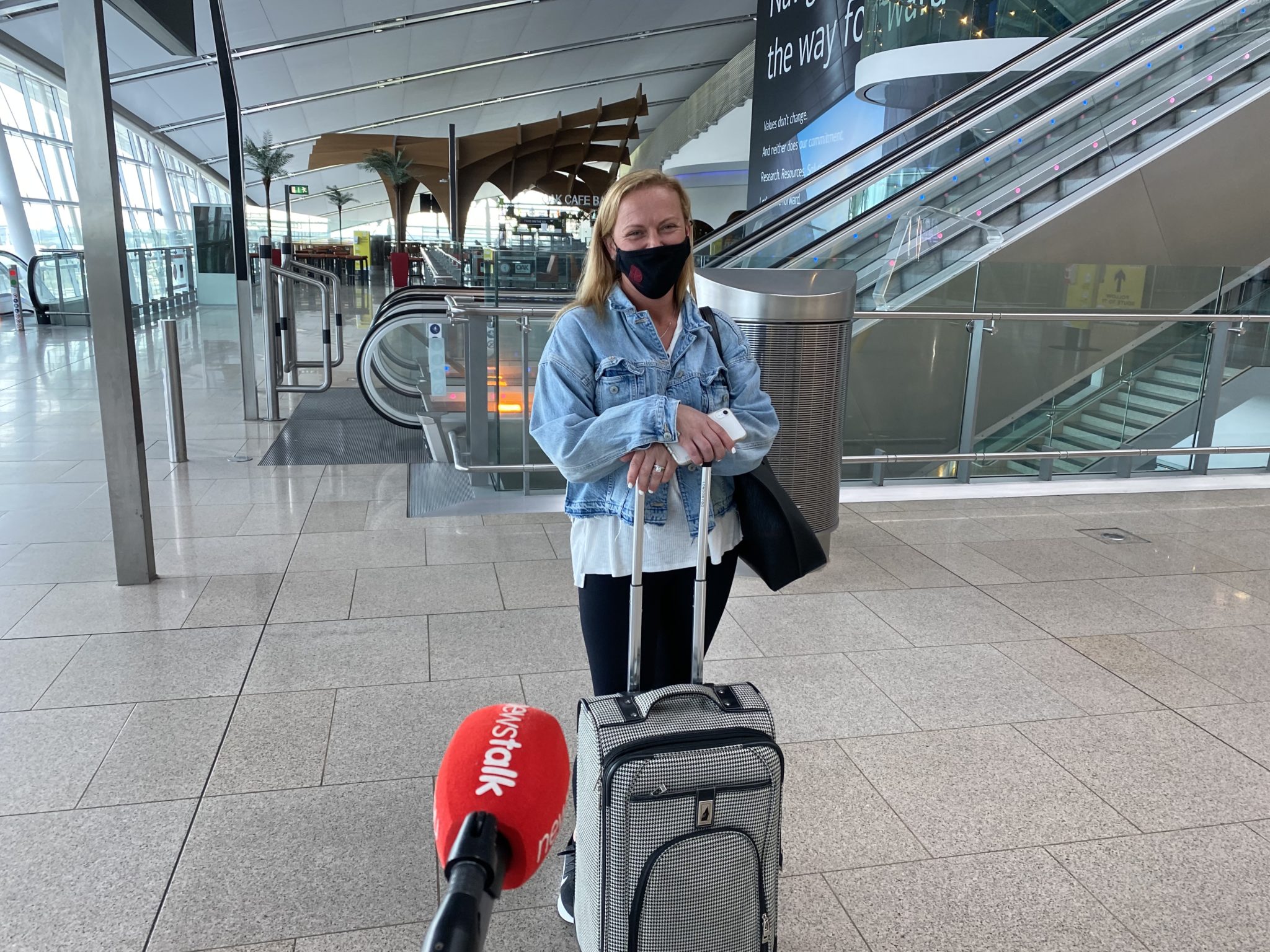 Another Irishman returning home said it is very unfair that the fact he is fully vaccinated is not taken into consideration under the quarantine system.

“I don’t think it is fair at all because, if an emergency happens and you want to get home and see the family or something like that, if you are fully vaccinated it has reduced significantly your chances of passing it on,” he said.

While the flights arriving in from the US, were all largely empty, one couple told Henry that their flight from Turkey was “quite full.”

“The flight went very well; we came in from Moscow,” they said. “It is good to get back before Thursday.

“Moscow has been home but we are moving back to Ireland. We decided we would come now because we saw that Turkish Airlines were going to be put on the list on Thursday at 4am so luckily, we had pre-booked.

“The flight was quite full. There a lot of people and quite a few have been held on the plane from different countries, so they’ll offboarded last. They were just people who were on the red country list. They are being brought off the plane separately.” 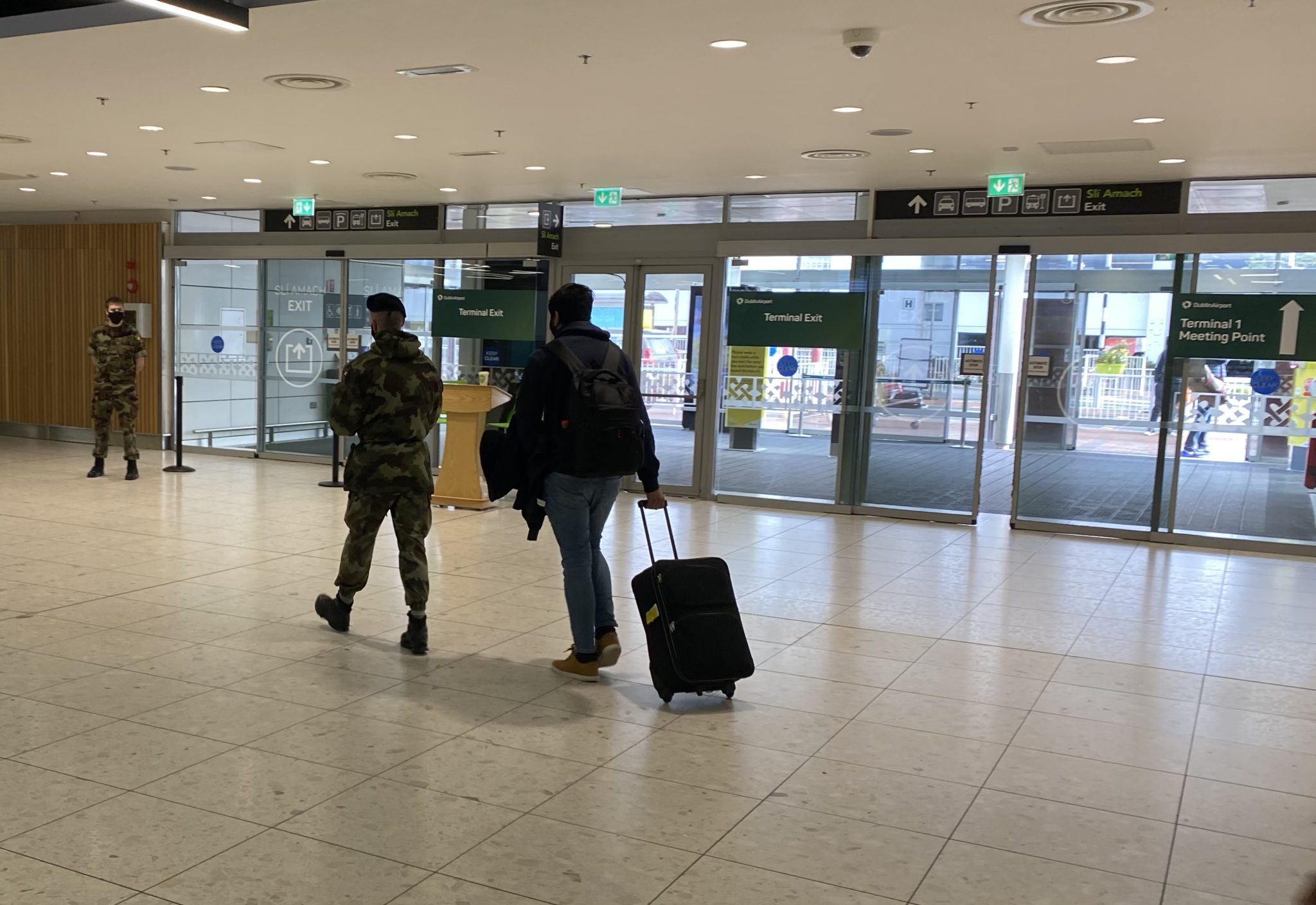 A man being brought to Mandatory Hotel Quarantine following his arrival in Ireland. Image: Henry McKean/Newstalk

Earlier, the Department of Health confirmed that vaccinated people still need to enter mandatory hotel quarantine when they arrive here.

A department spokesperson said there is some evidence that people who have already been vaccinated have subsequently been diagnosed with a variant of concern.

It comes after the Transport Minister Eamon Ryan told Newstalk that fully vaccinated people could soon be exempt from mandatory quarantine.