Clive Tyldesley has had to deal with plenty of football managers over the years, but one early en...

Clive Tyldesley has had to deal with plenty of football managers over the years, but one early encounter with Brian Clough stands out particularly in his memory.

The legendary commentator sat down with Off the Ball's Shane Hannon last year, and discussed his extraordinary career behind the microphone.

And one particular day on a train with Nottingham Forest great Brian Clough stands out as a real life-lesson.

"With Cloughie in the 18 months that I'd spent in Nottingham, seeing him probably more days than not because I literally covered Forest home and away. I traveled with the team to games. He was a bit of a bully which was not unusual for old school managers. He was drinking by then and we all know that that became an illness which affected him but he was still in his wonderfully instinctive management style - truly brilliant to be around.

"And once you'd served the initiation ceremonies - and I went through exactly the same thing with Sir Alex Ferguson - once I'd been brought out a couple of times - I'm bullied into 'getting to know the ropes' - he became wonderfully loyal to me.

"The first lesson I received was the first time I traveled with the team on their private carriages on the train down to a game in London. I was the first person to arrive, half an hour before the train was due to depart. I thought I looked pretty smart - my dad would wear a double-breasted blazer and a buttoned down shirt and a nice pair of grey slacks - and that's what I would wear on this very hot day. 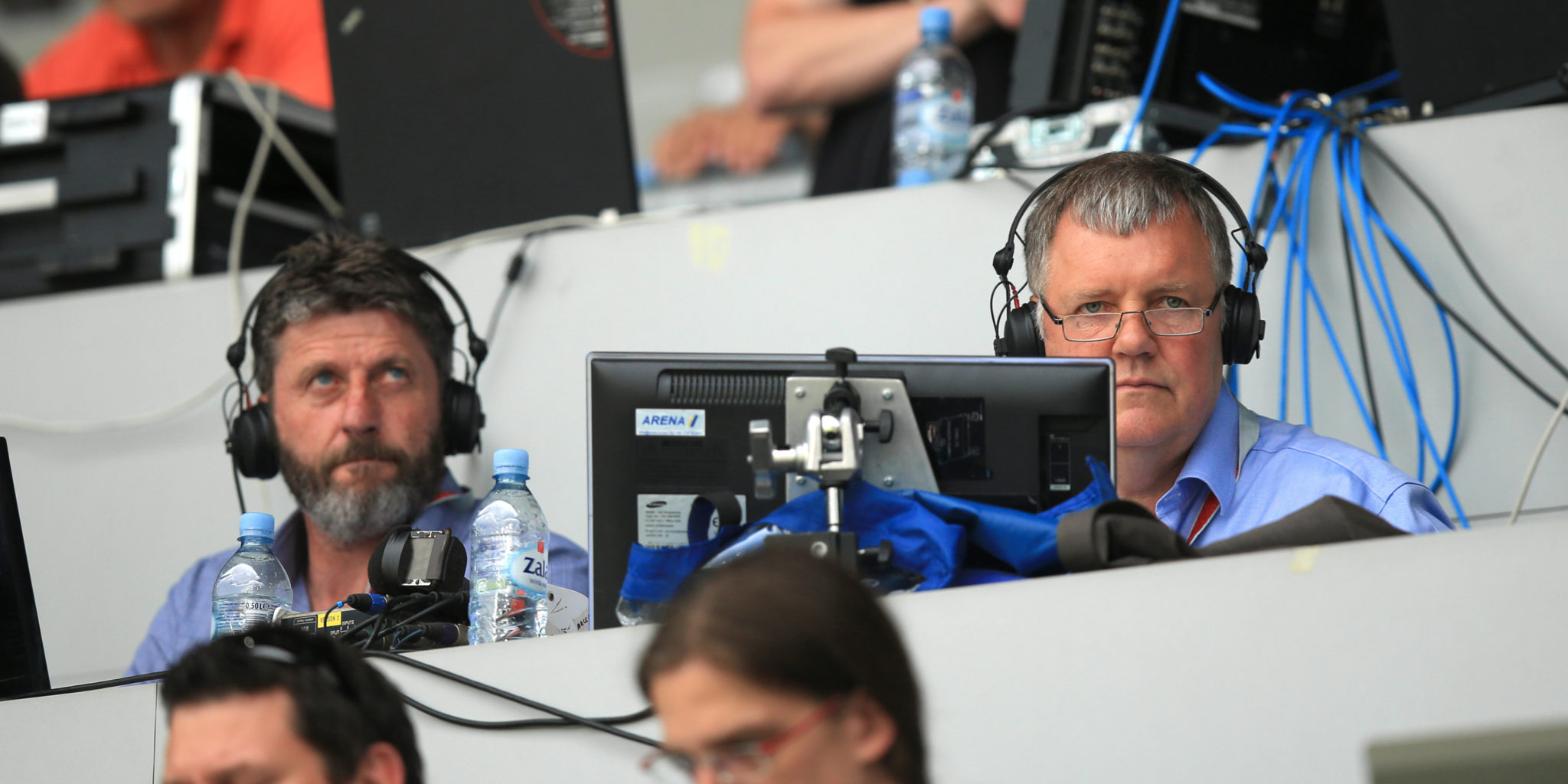 "And I, kind of, went bright red and went 'I'm very, very sorry Mr. Clough - I won't let this happen again. Any other time, if you invite me back - I'll definitely wear a tie,' and he didn't move.

"He stood over me, he said 'Young man, you're very, very welcome to travel...' and this happened three times before he put his hand in his pocket and pulled out a 10 bob note which is 50p - you could get a tie for 10 bob back then and he said 'The train leaves in five minutes'.

"Fortunately the central station in Nottingham, Midlands Station as it was aptly named, there was a gents' outfitters right outside the station who was only just opening and I threw the 10 bob note at him and stole a tie and ran back on to the train.

"I was sweating profusely, a real mess and ten minutes into the journey and Cloughie came past and said 'Very smart, very smart'.

"And I wore a tie to every football match I ever attended professionally until 1994. So this was 1975 and in 1994, my opening game of the World Cup Finals was in the Pasadena Rose Bowl which was an open stadium, it was about 120 degrees in old money and everybody else was in a tennis shirt and I still had a collar and tie on. And I told Barry Davies and he told me I could take it off!"

Tyldesley also spoke about his memories of Manchester United's Treble year of 1999, and that night in Barcelona with which his voice is forever inextricably linked.